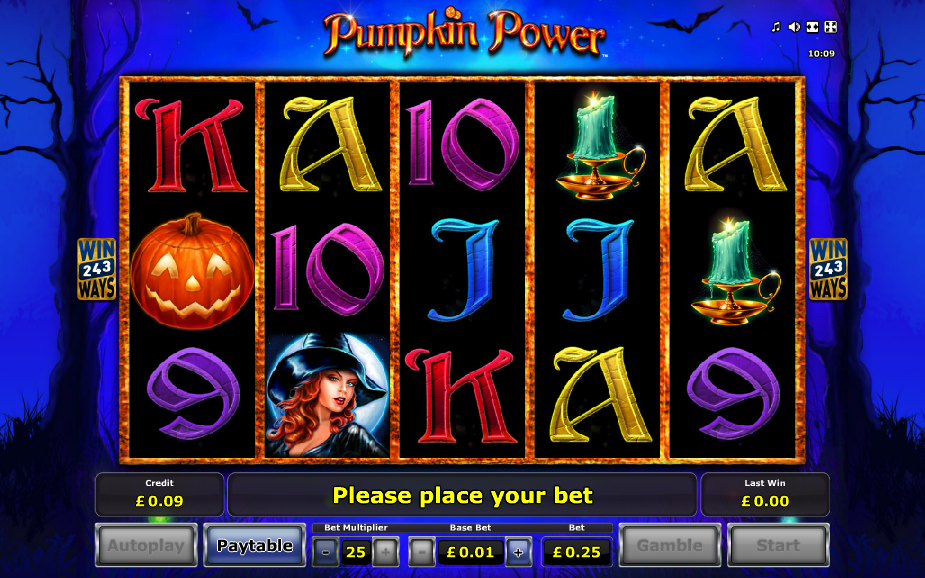 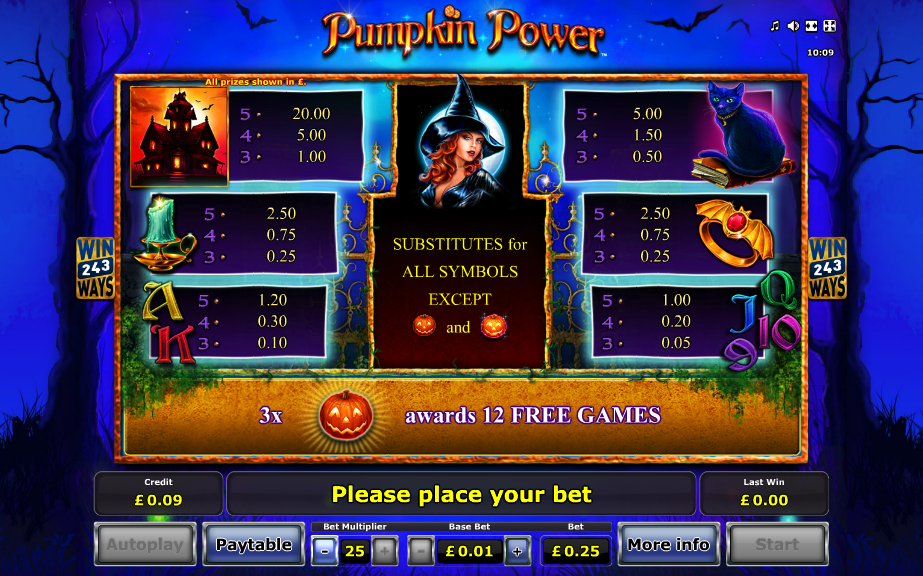 It’s that time of the year again! Or is it? Does it really matter when you play a Halloween-themed online slot as long as it’s a good one? Anyway what we have here is Pumpkin Power, a release from Novomatic which includes all the sort of spooky stuff you’d expect from a game with this particular subject – read all about it below.

Pumpkin Power is a five reel slot with three rows and up to 243 ways to win – if you choose to play the maximum number there’s no payline structure, wins are formed as long as you have matching symbols in adjacent reels starting from the left hand side. The basic orange reels sit against a spooky barren backdrop containing nothing more than some silhouetted dead trees, faint moonlight and fluttering bats.

There are some creepy but familiar high value symbols including the haunted house, a dripping candle, a black cat and a bat-themed ring; lower values are the standard 9, 10, J, Q, K and A.

The red-haired witch is the wild symbol, she appears only on reels two, three and four and she will replace all others in a winning combo except the pumpkin – that’s the scatter which activates the main feature.

Trigger this by landing a pumpkin on reel three; a throw of the dice will now reveal a prize of 3x, 4x or 5x the symbols it lands on. You will also receive three, four or five free spins respectively.

This is triggered by landing three of the pumpkin scatter symbols anywhere on reels one, three and five and you will be awarded twelve free spins. Once the spins are over you will taken back to the base game.

Pumpkin Power is a slot that suits Halloween but we probably won’t return to it very often during the rest of the year – give it a go though, it comes with an RTP of 95.19%.