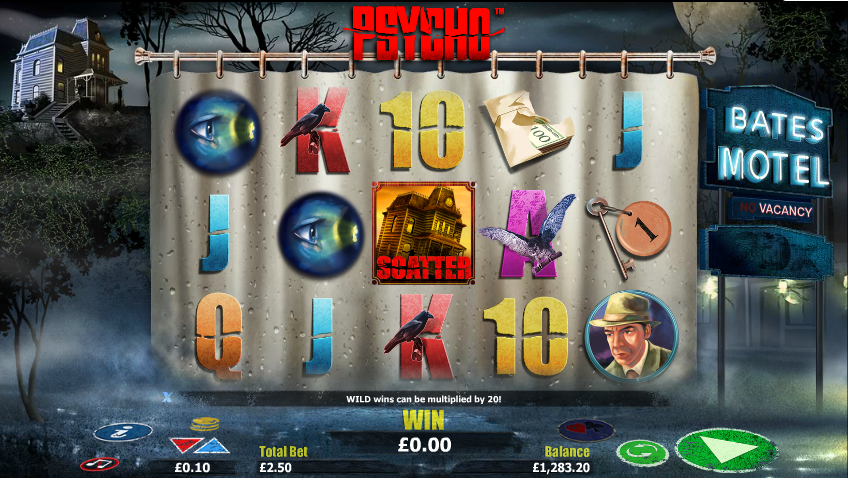 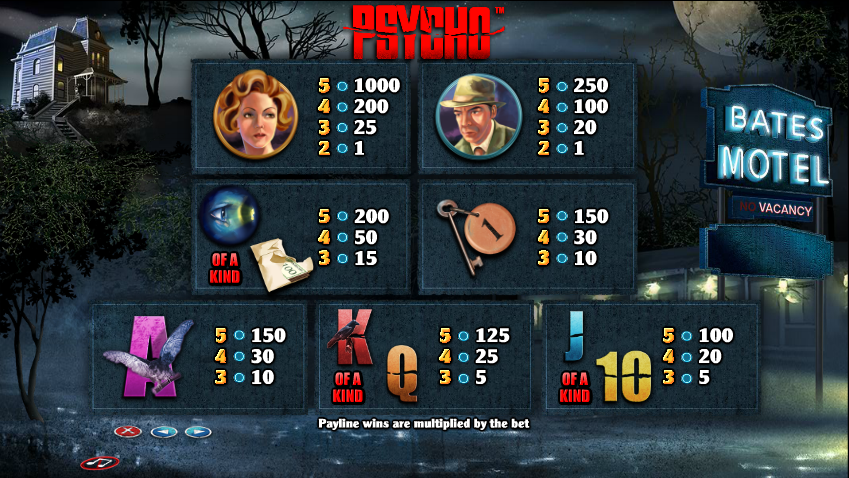 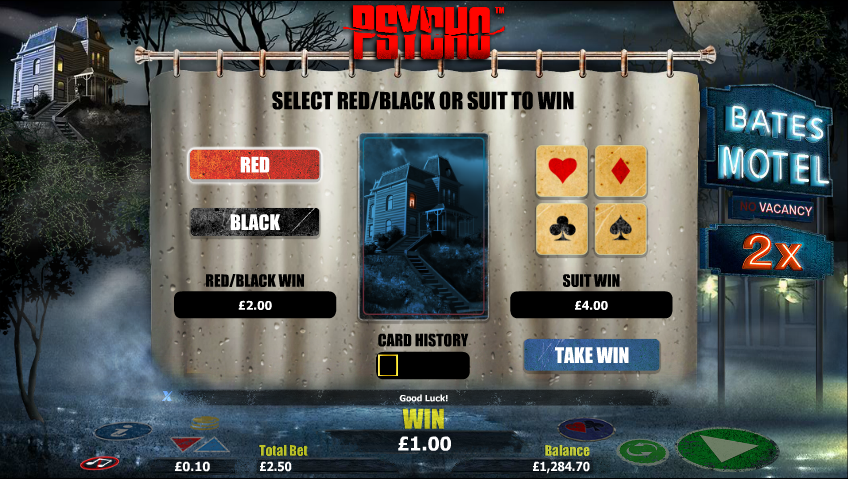 Alfred Hitchcock’s classic horror movie is the theme of this scary online slot from NextGen Gaming; made in 1960 it revolves around the creepy goings-on at the Bates Motel and starred Anthony Perkins and Janet Leigh. This game captures the atmosphere of that film pretty well with the famous shower scene playing a central part.

Psycho is a five reel slot with three rows and twenty five fixed paylines; those reels spin on that iconic shower curtain while in the background the dim lights of the Bates Motel flicker; up on the hill is the spooky house where ‘mother’ lives.

The high value symbols include a motel door key, an envelope of cash, a peephole and the two main protagonists – Norman Bates & Marion Crane. 10, J, Q, K and A are the lower values.

The wild symbol is a big, red ‘Wild’ and the scatter is a wonky view of the house where Bates’ mother lives. During the base game any wins including the wild may be multiplied by up to 20x; additionally a stabbing hand may randomly add wilds to the reels.

This is the only extra feature and it’s triggered by landing three or more of the house scatter symbols anywhere in view:

Click anywhere to kick things off and the spins will start; during this round any wins featuring a wild may be multiplied by up to 40x.

These spins take place during the famous shower scene and every so often a figure will approach and hack away at the reels with a knife; this adds a number of wilds to the reels which will then be re-evaluated for wins.

If you’d like to gamble your most recent win them just click the hearts/clubs button below the reels; you can now try and double or quadruple that win by guessing the outcome of the next playing card drawn.

We would avoid the gamble feature – it’s the speedy way to reduce your bankroll!

Psycho is a reasonably basic game but well designed to make the most of the theme; the shower scene free spins are effective and that’s also where the big wins are. The RTP is a reasonable 95.57%.