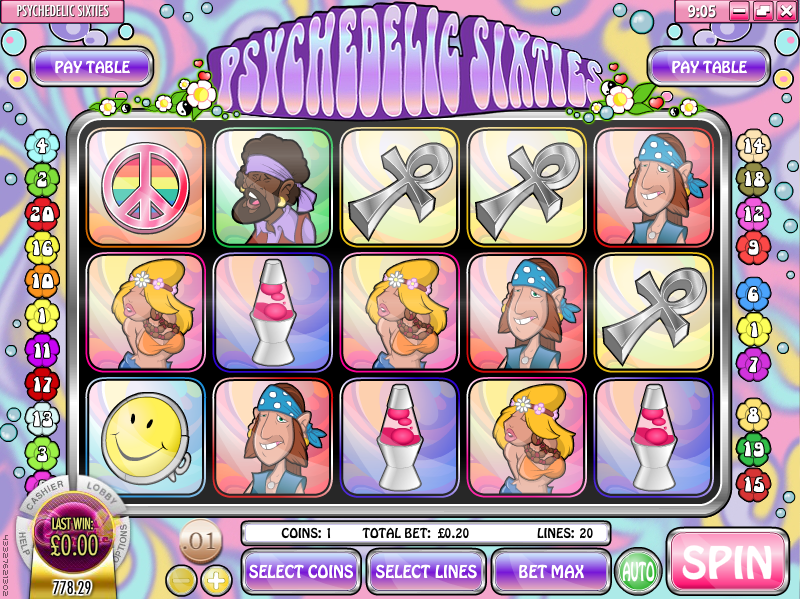 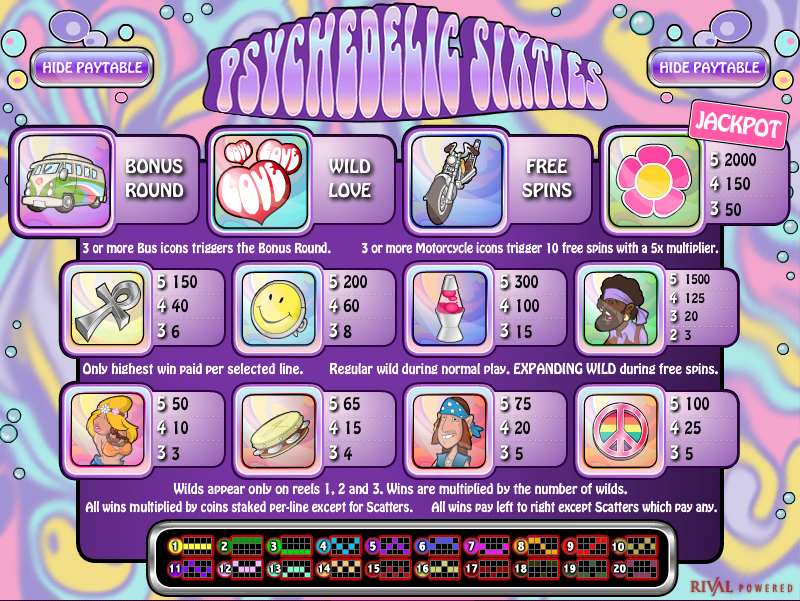 Come and join us as we take a trip back to the 196os to check out this hallucinogenic online slot from Rival Gaming. It was a time of copious drug use, free love and wild haircuts and Psychedelic Sixties is a game which aims to capture much of that spirit. It’s one of Rival’s i-Slots range which should mean there’s an extra layer of quality on show.

Psychedelic Sixties plays out over five reels and twenty paylines and ‘hallucinogenic’ is probably the best word to describe the setup. The backdrop to the reels is a swirling mass of light and colour and the background music matches the theme very well.

There are some great 60’s symbols here – a CND logo, several wild-looking hippies, a tambourine, a lava lamp, a ‘smiley, pin, an Ankh and a flower.

Special symbols include a wild love heart and two bonus icons – a VW Camper and a chopper – which activate their own features.

Ten free spins are on offer if you can land three or more of the chopper scatter symbols anywhere on the reels. During this feature expanding wilds are in effect which will cover all positions on a reel if they can form a win. Two or three expanding wilds will multiply any win by 2x or 3x respectively.

On top of that, all wins during the spins are multiplied by 5x.

Three or more camper vans anywhere on the reels will trigger this mini-game and your task is to travel between different cities picking up hitchhikers on the way. Each passenger you collect is worth a cash prize.

The next time you trigger the bonus you will visit a different city; play the game for long enough and you will eventually make it to a rock concert where the biggest prizes are available.

There’s very little not to like about this game; it looks good, the theme is well though out and funny and there are two separate bonus features. Each time you land four symbols in a row you’ll get to see a groovy little animation.