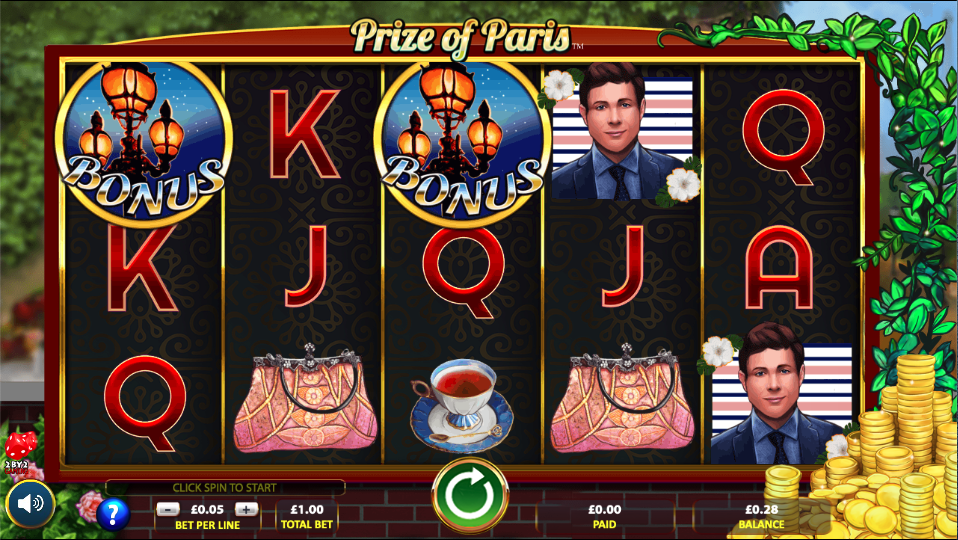 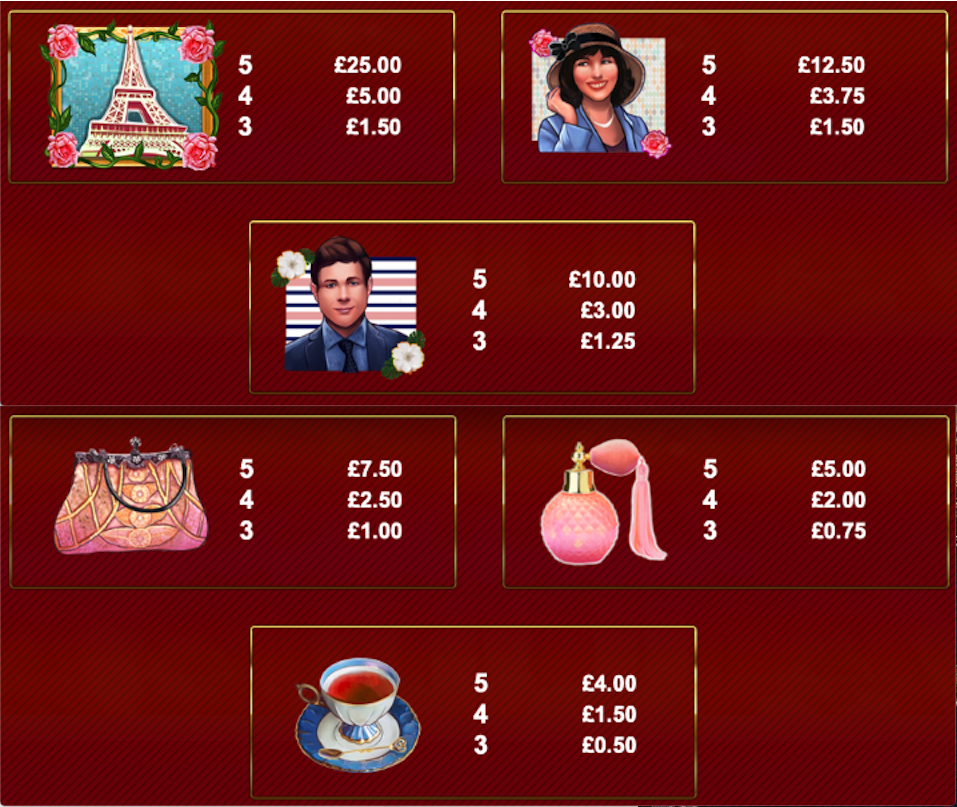 It’s a sunny day on the banks of the Seine so why not prepare yourself a Cafe au Lait and join us us we spin the reels on this Parisian-themed online slot from 2By2 Gaming; it’s called Prize of Paris and it offers players plenty of free spins plus a feature which revolves around the Eiffel Tower.

Prize of Paris is a five reel slot with three rows and twenty fixed paylines; there’s not a great deal of evidence of the French capital built into the design but we’ll assume the piles of gold coins and undergrowth have a particular Gallic quality.

Theme-related symbols include the Eiffel Tower, the female and male characters in this story, a handbag, some perfume and a cup of tea; J, Q, K and A represent the lower values. The Arc de Triomph is wild, it appears on reels two to five and it will replace everything except for the lamp scatter symbols.

Landing a full stack of Eiffel Tower symbols on reel one in the base game will kick this feature off – that stack will lock in place and you’ll receive a respin in which gold coins fall onto the reels, transforming into Eiffel Towers when they land; Any payouts will then be evaluated according to following numbers:

Landing three, four of five of the lamp scatter symbols anywhere in view will award 10, 15 or 20 free spins respectively; no more spins can be triggered from within this round but the good news is that any Eiffel Tower stacks which land fully in view anywhere will trigger the Eiffel Tower bonus. This means that more than one stack can land on the same spin activating multiple bonuses.

There’s not a great deal to get excited about here but in amongst the ho-hum graphics and slightly uninspiring features there’s a romantic Parisian theme which should appeal to Francophiles out there. Stop by, but perhaps not for too long.