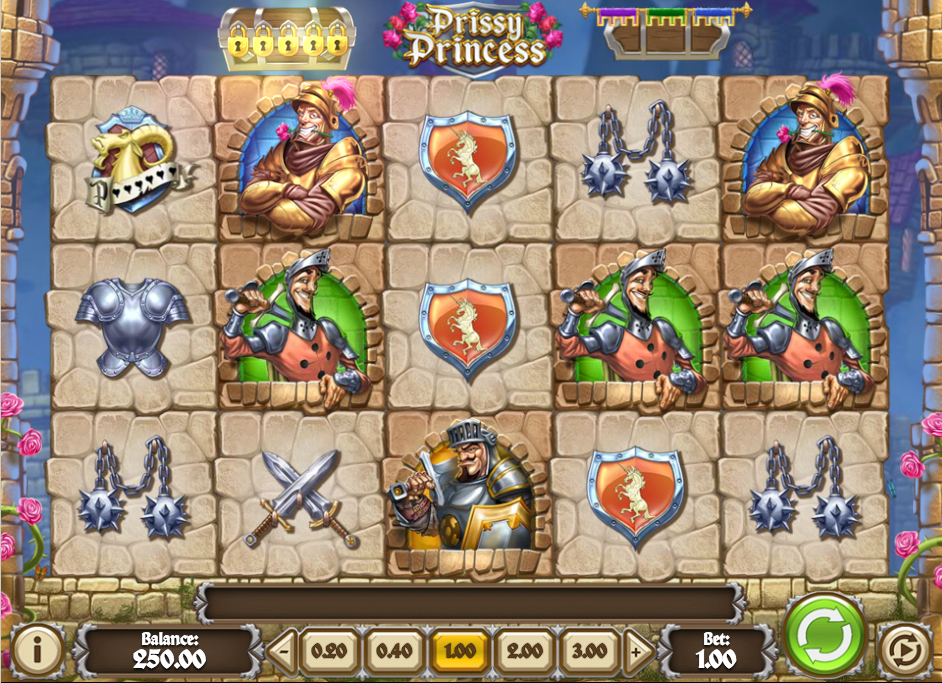 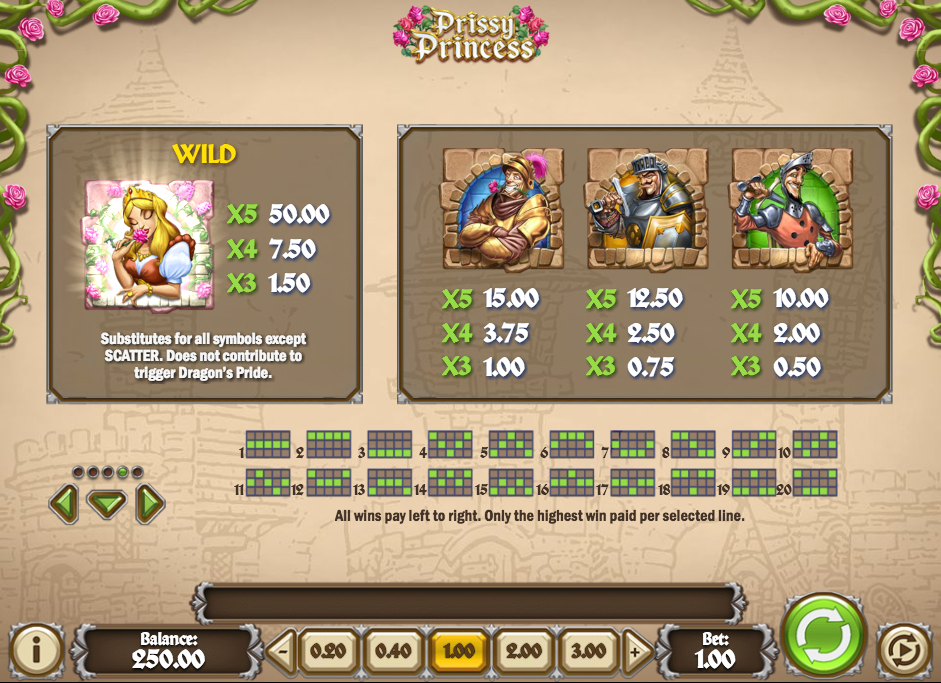 Join us now as we return to a time of knights, dragons and beautiful princesses in this all-action online slot from Play N Go; it’s called Prissy Princess and it includes a wealth of clever bonus features as described below.

Prissy Princess is a five reel slot with three rows and twenty fixed paylines; those reels are made up of stone towers framed by turrets adorned with pink roses. At the top of the screen is a locked chest and three flag sections which we shall explain in more detail later.

All the symbols are related to the theme and include three of the knights hoping to woo the princess, crossed swords, a shield, a mace, a breastplate and the dragon’s symbol.

The princess is the wild symbol and she will substituted for all others to help make winning combos except for the flag/standard scatter icons.

This is a gameplay element we always like – each time you land a winning combo, those reels (or towers) involved will crumble to dust and be replaced by new ones arriving from above. More combos can then be made and the process continues until there are no new wins.

The treasure chest above the reels has five padlocks securing it and these are unlocked by five consecutive wins during the Crumbling Towers feature; the prize is a multiplier of up to 100x the total bet or up to 5x the win during Crumbling Towers.

If you can land a reel full of stacked knights, they will transform into a dragon wild to help out with some potential wins.

This occurs randomly on any non-winning spin and a dragon will fly across the screen and add up to three wild symbols.

This is triggered by landing the blue, green and purple standards anywhere on reels one, three and five respectively; these symbols can land over the course of the Crumbling Towers feature also.

You now get to pick one of three knights or the dragon to compete for the hand of the princess; each round will eliminate one suitor and if you are the lucky winner you’ll win 200x your total bet plus of course the eternal adoration of the princess.

Prissy Princess is a brilliant slot machine in which something happens on almost every spin, giving the impression that big wins are just around the corner. The bonus features give it plenty of longevity and it’s definitely one to be recommended; it comes with an RTP of 96.56%.