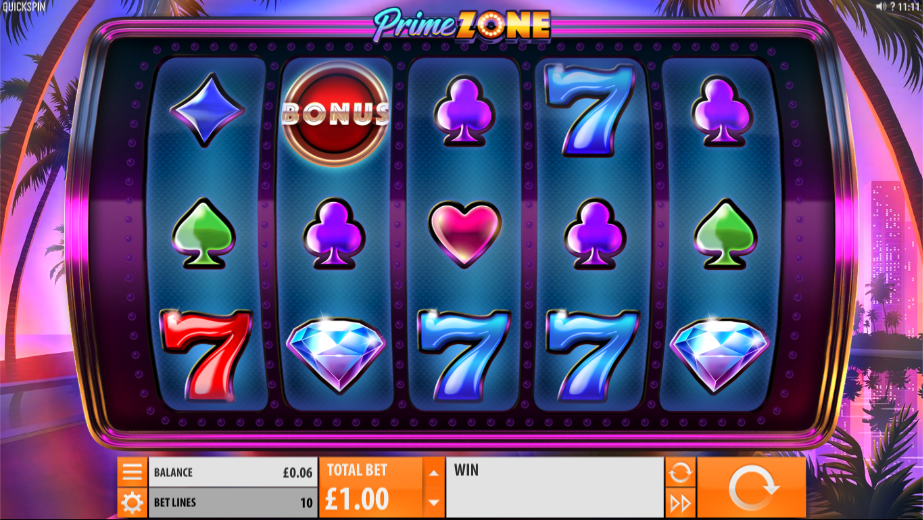 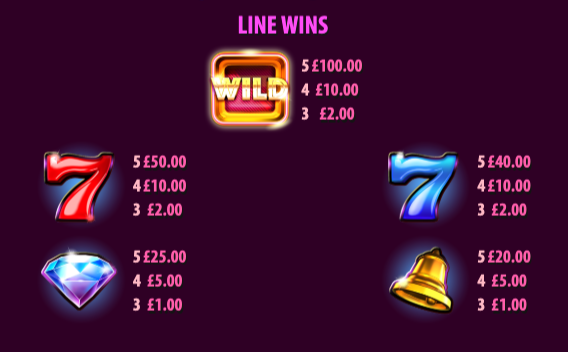 At first glance this online slot from Quickspin Gaming my appear to be themed on beachfront real estate but on closer inspection Prime Zone refers to the way in which the free spins work when the main feature is triggered – keep reading to find out what’s going on.

Prime Zone is a five reel slot with three rows and ten fixed paylines; pastel colours and a 1980s soundtrack create a Miami Vice-like atmosphere on what could be a Florida beachfront behind those reels.

The wild is the golden ‘Wild’ which appears on all reels and will substitute for all other standard symbols to help form winning combos – each extra wild in a payline will add 1x to the multiplier for that win. The red and gold bonus symbol is the key to the main feature.

This is triggered by landing three of the bonus symbols anywhere on reels two, three and four and you’ll now receive seven free spins on your choice of the following Prime Zone options:

There are no bonus symbols during this round and so it’s not possible to retrigger this feature.

Prime Zone may be oddly-named but it’s a slot with plenty to appreciate, not least it’s nod to Miami Vice and funky 80s soundtrack; the free spins feature just falls the right side of being a little complex so it’s all good!