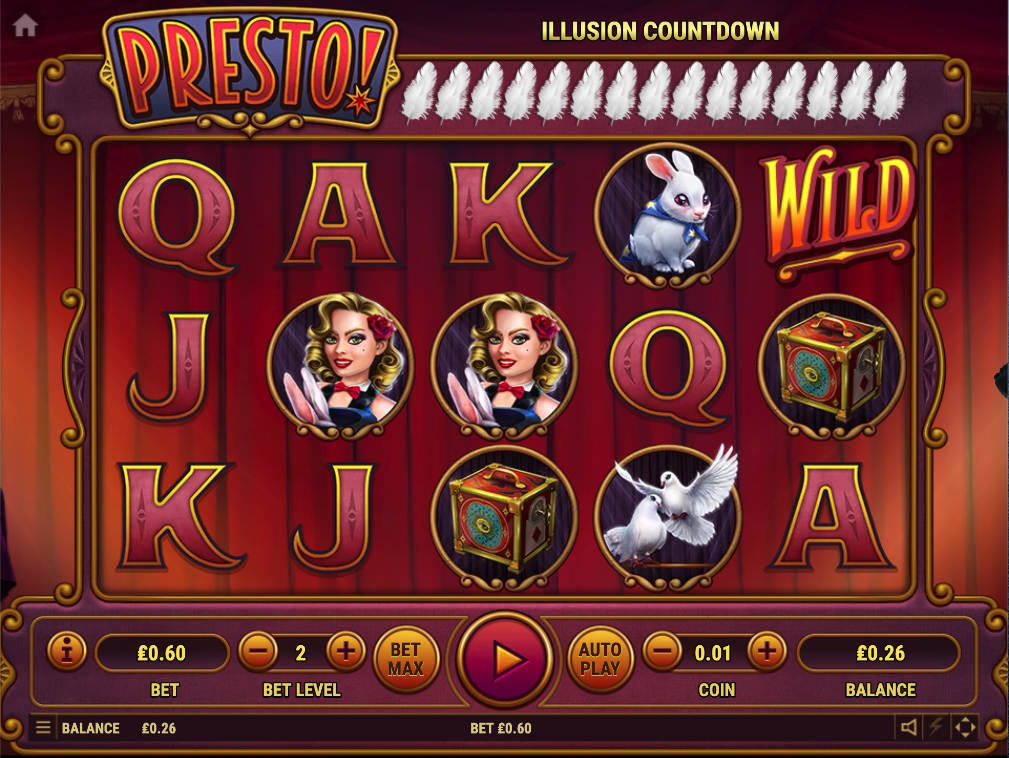 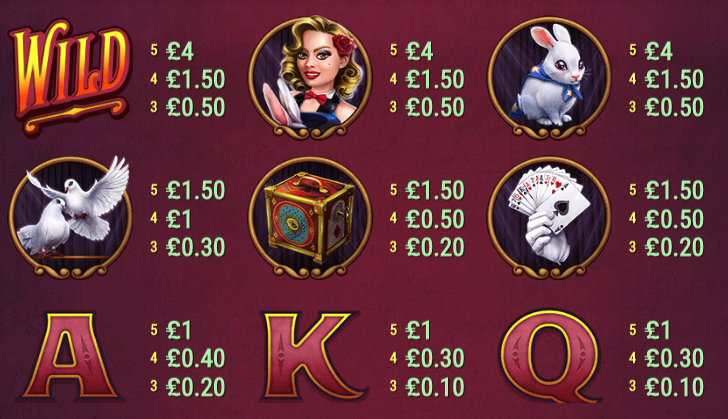 The world of mystery and illusion comes to the spinning reels in this online slot from Habanero Systems; it’s called Presto! and it offers, loads of base game features, free spins and the Illusion Countdown in which bonuses will be activated after a certain number of spins.

Presto! is a five reel slot with three rows and two hundred and forty three ways to win; through those transparent reels there’s the stage curtain behind which the magician is preparing his act.

High value symbols include the glamorous assistant, the white rabbit, the doves, the magic box and the playing cards; J, Q, K and A represent the lower values. The ‘Wild’ is wild and it will replace everything except for the crystal ball scatter symbol.

Above the reels there are between six and twenty white feathers when gameplay begins and thus number counts down with each spin – when all the feathers are gone one of the following features will be awarded:

Landing at least three of the crystal ball scatter symbols anywhere in view will award twelve free spins which unfortunately can’t be retriggered; during this round only the Throwing Cards, Expanding Wilds and Synced Reels can be triggered by the Illusion Countdown.

It’s been a while since we’ve played a Habanero slot and it’s clearly been too long because Presto! is a lot of fun – ithe features are fully immersed in the magic narrative and we particularly like the Illusion Countdown which guarantees a feature every so often.