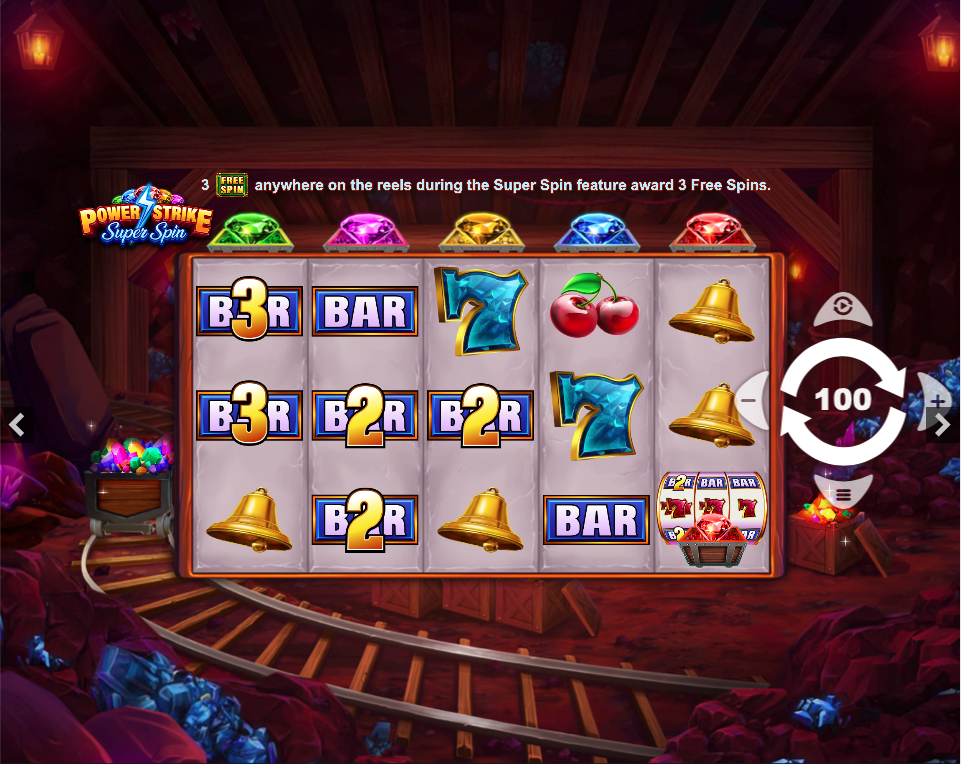 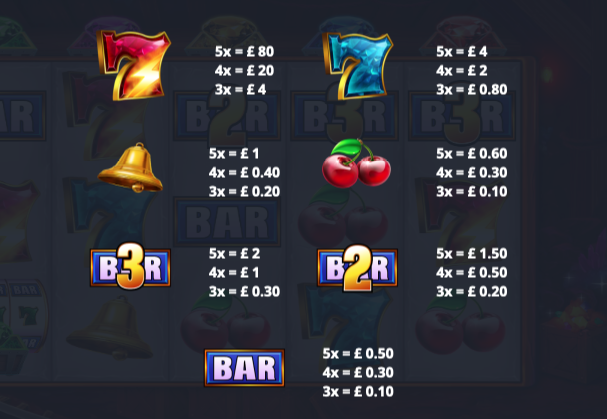 Power Strike Super Spin may sound like a bunch of unrelated words which have been squashed together but in fact it’s the title of this mining-themed online slot from Pariplay; try it out and from £0.50 per spin players will get the chance to win Super Spins and free spins.

Power Strike Super Spin is a five reel slot with three rows and forty fixed paylines; the setting is the interior of a mine with a solid-looking ceiling, rail carts and boxes full of colourful gems.

The symbols are a familiar bunch and they include red and blue sevens, golden bells, cherries, bars and bars with the numbers 2 and 3 attached (these replace the normal double and triple bars presumably). The large gems in yellow, blue and red are the wild symbols and they’ll apply a win multiplier of 2x, 3x and 7x respectively; the Free Spins symbol and the Super Spin gem boxes are the bonus icons.

Landing at least three of the Super Spin gem boxes anywhere in view will kick this feature off and note that boxes of different colours only appear one certain reels; each symbols will now transform into a three reel, single payline slot machine and spin once, playing out according to the paytable which appears alongside it. There’s a potential multiplier of up to 10x for any prizes plus plus the Citrine, Sapphire and Ruby spins come with extra multipliers of 2x, 3x and 7x respectively. Additionally on the Ruby spin a single Bar will pay anywhere.

This is triggered by landing three of the Free Spins symbols anywhere in view awards an initial three free spins but each Free Spin which lands during the round will award one more, up to a maximum of six extra spins.

The free spins in Power Strike Super Spin are very welcome of course but we think this slot is all about the Super Spin round and the cute little reel sets which pop up on the reels when it’s triggered; it’s an all-round enjoyable game with a popular theme.