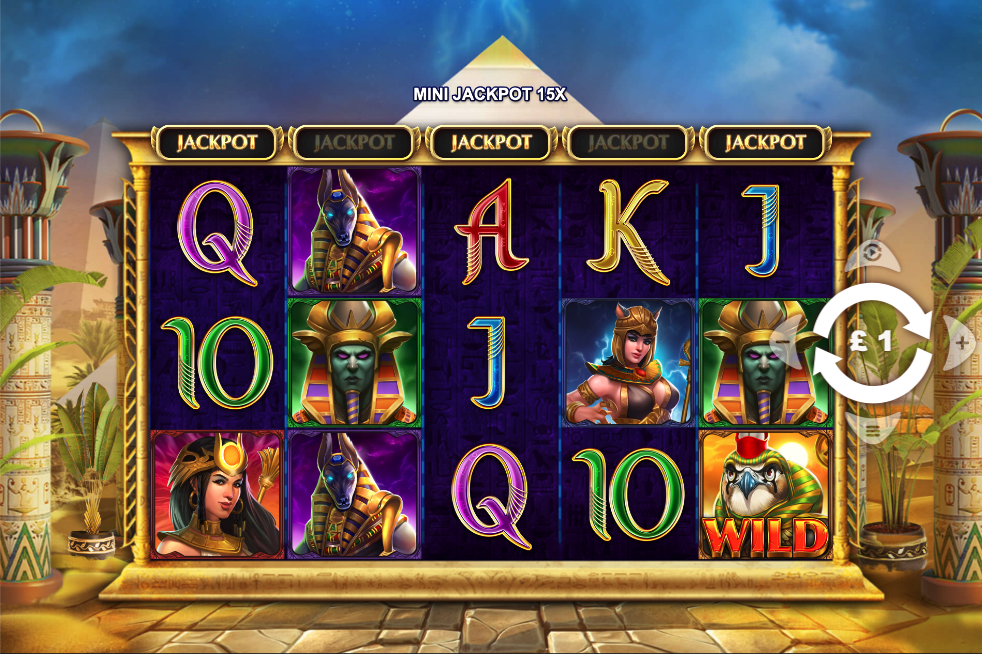 The mystical power of the ancient Egyptian gods is the inspiration behind this online slot from Pragmatic Play; it’s called Power of the Gods and from £0.50 per spin it give players the chance to land wild multipliers, free spins and bonus features locked above each reel.

Power of the Gods is a five reel slot with three rows and fifty fixed paylines; those reels sit in a plaza, fighting off the encroaching sand and flanked by columns covered in hieroglyphs.

The high value symbols include four deities doing their thing; 10, J, Q, K and A represent the lower values. The Golden Falcon is wild along with Horus who only appears stacked and on reel three.

Power Of The Gods Bonus Features

Above every reel there’s a small feature area which displays ‘Jackpot’, ‘Free Spins’ or a cash value; the prizes above reels two and four are unavailable during the base game but the others change are winnable and change at random.

Landing the Golden Falcon wild symbol on a particular reel will award the prize shown above it:

The defining feature of Power of the Gods is the clever way to trigger the bonus features so kudos to Pragmatic Play for thinking outside the box – top notch graphics and smooth gameplay complete the entertaining, Egyptian picture.