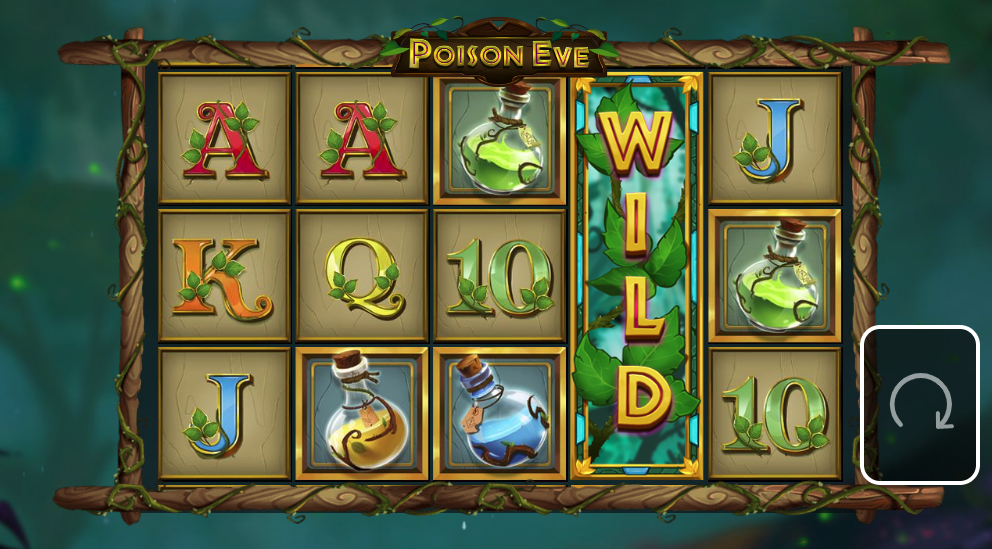 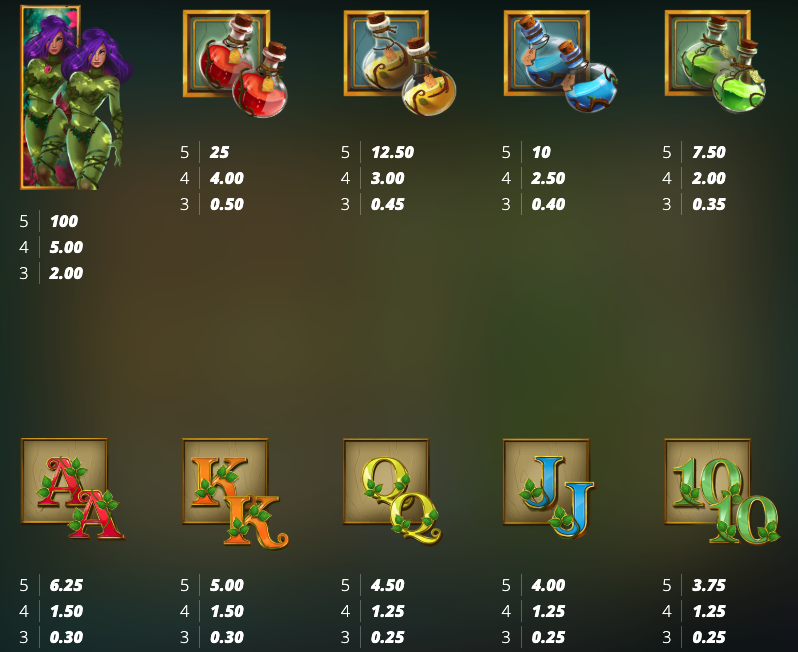 If you go down to the woods today then watch out for a purple-haired girl with green skin with the ability to confer Flower Power and Liquid Magic on unwary visitors; her name is Poison Eve and she’s the star of this online slot from Nolimit City.

Poison Eve is a five reel slot with three rows and twenty fixed paylines; those reels spin in a frame formed from branches while the backdrop is a hazy green view of distant undergrowth.

The higher value symbols include Eve (she can appear stacked) and four colourful potions in red, yellow, blue and green; 10, J, Q, K and A make up the lower values.

The vine is wild, it only appears on reels two, three and four in the base game and it will replace all standard symbol to help make winning matches – it will also expand to cover all positions on its reel. The pink flower is the bonus symbol.

This is triggered by landing Eve in all three positions on reel one – now all the bottles in view will change into more Eve symbols and the payout will be evaluated. If Eve fills up all positions the top prize of 2000x the stake can be won.

Landing a pink flower in the frame (the Hot Zone) in the centre of reel five will trigger this feature and you’ll receive between three and twelve spins with a portal on the leftmost reel – that portal will always land matching symbols. Any bonus symbols landing in the frame during these spins will create another portal which will also land matching symbols. Payouts here are calculated along paylines but the symbols don’t need to be on adjacent reels.

Poison Eve delivers a fantasy-themed slot here with two clever bonus features and some detailed graphics which suit the theme very well; it’s not as tricky to trigger the Flower Power bonus as it may seem and there are some big wins available when you do.