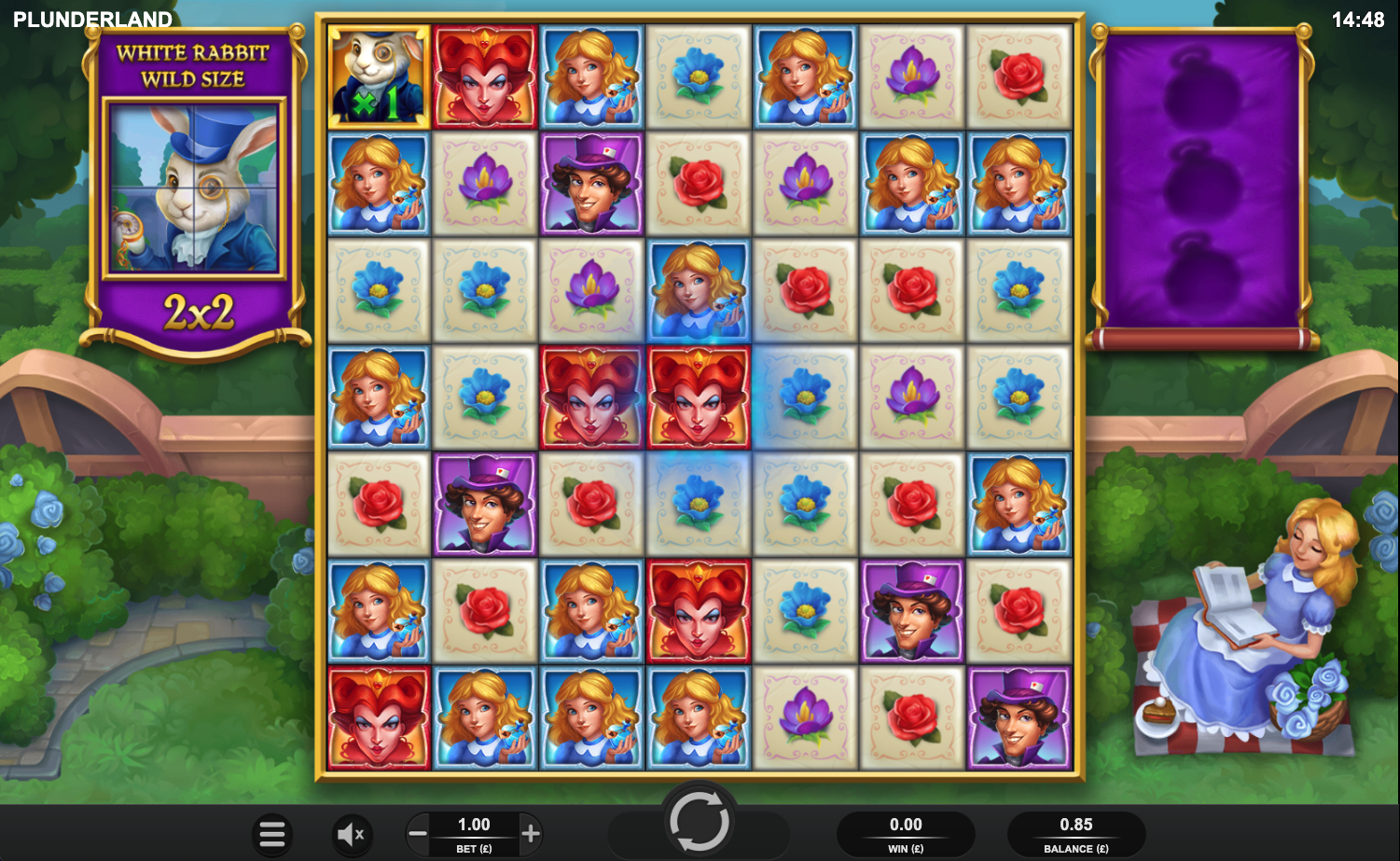 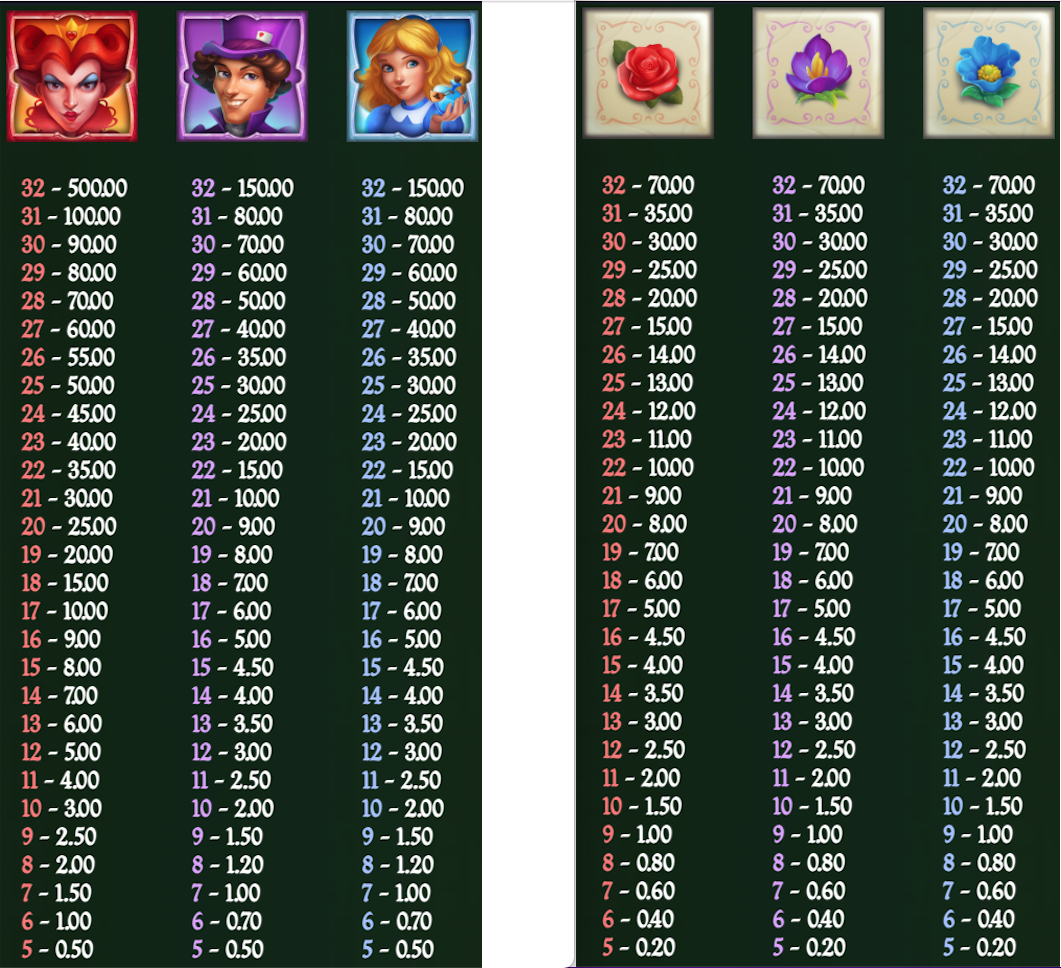 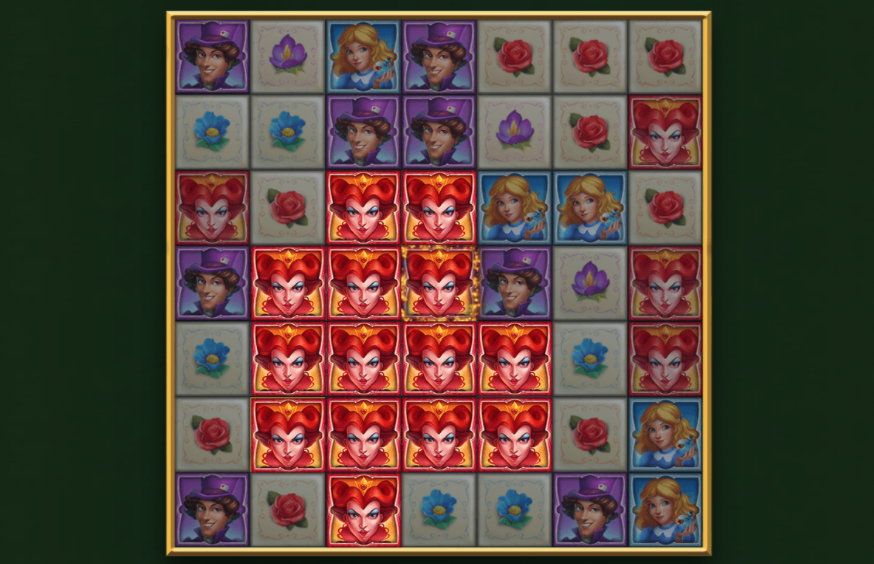 Lewis Carroll’s 19th century fantasy novel Alice’s Adventures In Wonderland has provided the inspiration for a fair number of online slots over the years and Plunderland is one more to add to the list; it’s developed by Relax Gaming and it comes with a cluster gameplay mechanic which will reward players with the White Rabbit Wild and Mad Hatter’s free spins.

Plunderland tales place on the 7×7 grid you can see above and the backdrop is a peaceful shot of Alice flicking through a book, presumably before her adventures begin. At least five matching symbols connected horizontally and/or vertically are required for a winning combo and they will then disappear and allow more symbols to fall in from above, potentially continuing the process.

The higher value symbols are the Queen of Hearts, the Mad Hatter and Alice while flowers in red, purple and blue represent the lower values. The White Rabbit is wild and the pocket watch is the scatter symbol.

The White Rabbit wild symbol will land somewhere on the reels on every spin and if there’s a winning cluster on that spin it will move one position closer to the centre ‘hot spot’ – further wins will move the rabbit until it reaches the hot spot at which point it will expand to become anywhere from a 2×2 to 5×5 wild symbol, guaranteeing a win before disappearing.

Each time the rabbit is involved in a winning cluster it will increase its multiplier by 1x and as an added extra more than one rabbit can reach the centre, extending the feature.

Collecting three of the pocket watch scatter symbols during one game round will kick the free spins off and award six initially although you’ll get an extra one for each pocket watch landing during this round.

Any multiplier increases earned by the White Rabbit as he contributes to winning clusters will remain for subsequent spins which can mean some bigger wins in the later games. The Hot Spot starts off at 2×2 and increases each time the wild symbol makes it here.