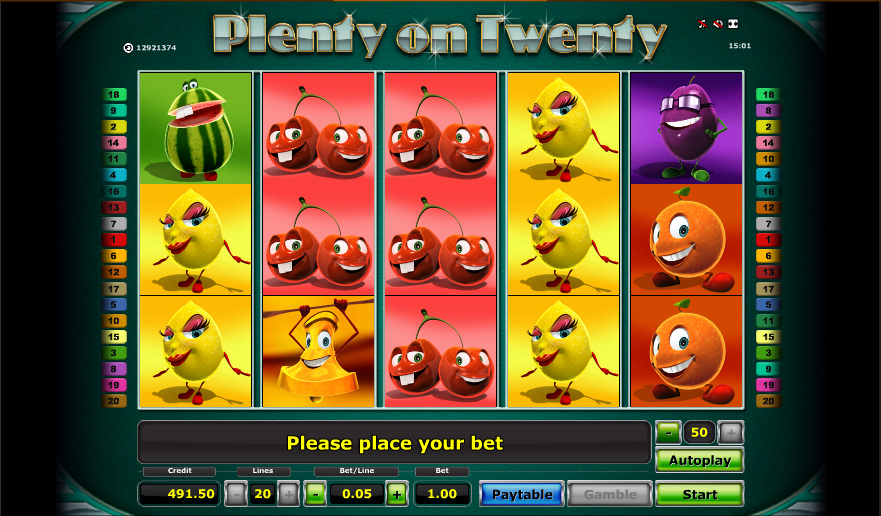 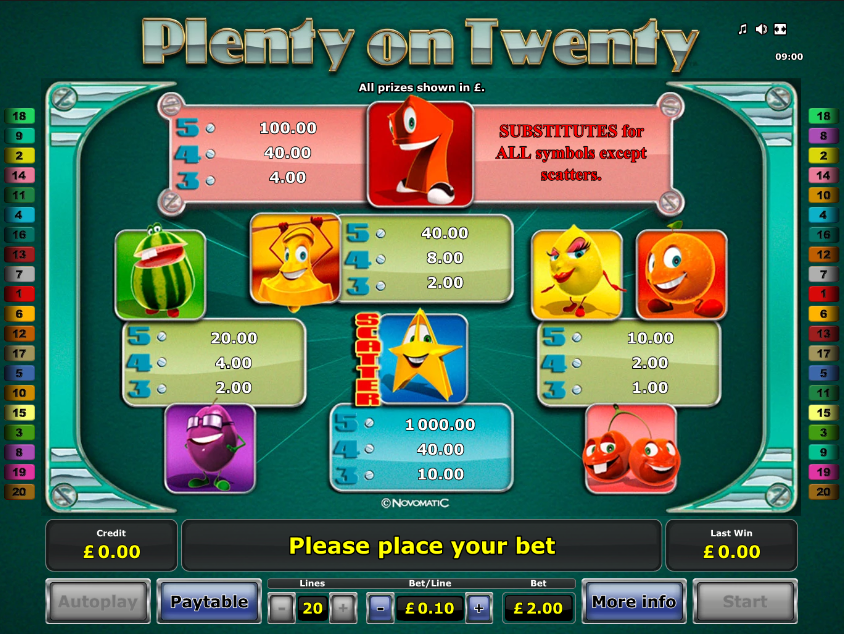 When you play a Novomatic slot you pretty much know what you’re going to get, a good-looking five reel machine that is pretty similar to other slots from the same company. Plenty On Twenty is another such game which undoubtedly looks and sounds good but is notable for it’s absence of any bonus features.

Plenty On Twenty plays out over five reels and twenty paylines and the joy here is really in the symbols and the animations. Those symbols are all of the traditional type including cherries, plums, oranges, lemons, bells, lemons and sevens but they are fantastically rendered in 3D and turned into cute smiling characters.

When you press the ‘Spin’ button the reels start and each character is briefly suspended in the air (in the manner of Wile E Coyote) before plunging downwards to catch up with the moving parts. When you land a winning combo each character has his or her own pleasing celebratory animation. All the symbols can appear stacked on the reels which can result in some hefty payouts.

There’s also a star scatter which will pay out the top prize of 500x your total bet.

If just playing this game is not enough gambling for you, the Gamble button underneath the reels allows you to wager your most recent win in a card prediction game.

Your task is to decide whether the next card to turn will be black or red and each time you choose correctly your prize will double. Get it wrong and you’ll be dumped back in the base game without your winnings.

We’ve not really much to offer on a game with no bonus features; just set the Autoplay and enjoy watching the characters move around on the reels.

For a slot lacking any features this is actually quite good fun, especially if you’re a fan of just spinning the reels. Those who like the added extras may want to try something else.