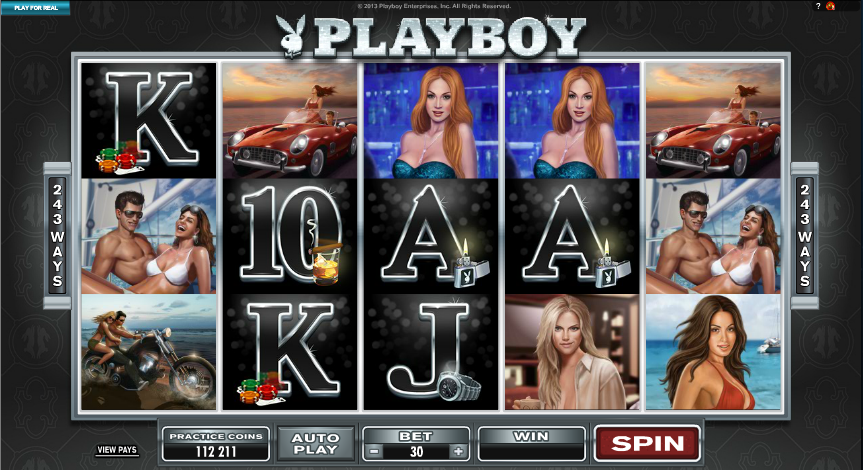 We feel professionally obliged to review Microgaming‘s latest online slot and not just because it’s Playboy; it’s a smooth-looking game with some nice features which took us a little longer than usual to play through.  It’s based of course on Hugh Hefner’s famous magazine which was launched on 1953 and can now be viewed on many different platforms.  A Playboy-based slot is clearly long overdue.

This game features five reels and 243 ways to win; it’s a black and chrome affair which quite accurately reflects the Playboy theme.  The low value symbols are metallic playing cards letters complemented by poker chips, expensive watches and the like.  The higher value symbols are a motorbike, a car and a couple relaxing on a yacht as well as four girls – Kimi, Sofia, Ashley and Jillian.

The scatter symbol is the Playboy magazine and the wild is the famous logo. 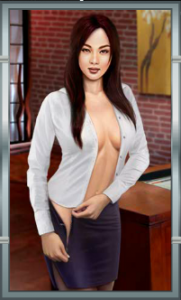 This is the big bonus game and to trigger it you’ll need to land three or more of the scatter magazine symbols anywhere on the reels.

As you can see from the video below you will then get to choose which girl’s bonus you want as follows:

Free spins can only be re-triggered when selecting Kimi.

It’s important to note that when you first start playing you will only be able to play Kimi in the bonus game; when you’ve triggered the feature five times you can play Sofia, ten to play Ashley and fifteen to play Jillian.

The standard payline structure is not applicable in this game but there are 243 ways to create winning combinations.  This works because as long as you have matching symbols in adjacent reels, it’s a winner.

Subject matter aside, this is an addictive slot with some nice graphics which is remarkably faithful to the Playboy design.  The ability to unlock extra bonus features the longer you play means that this slot has plenty of replay potential.  If you like looking at half-naked girls then that’s a bonus too.