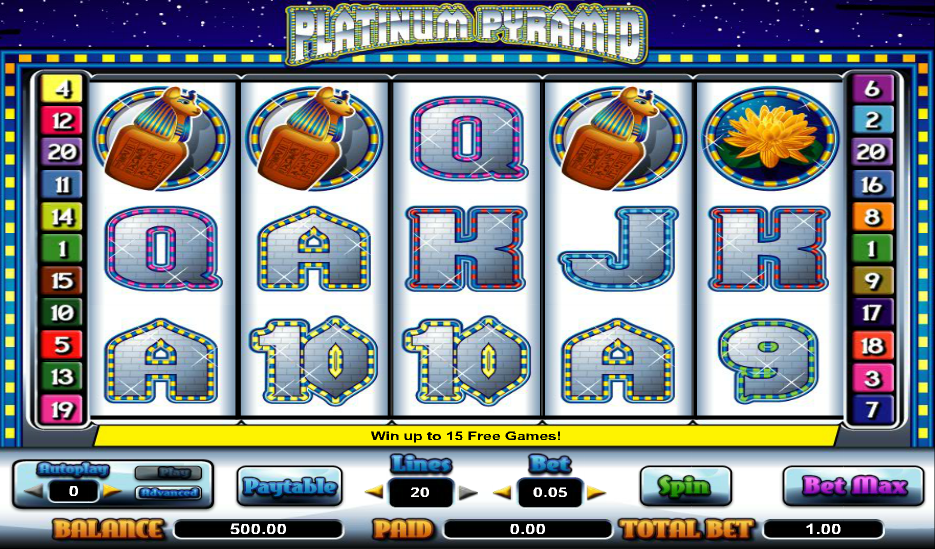 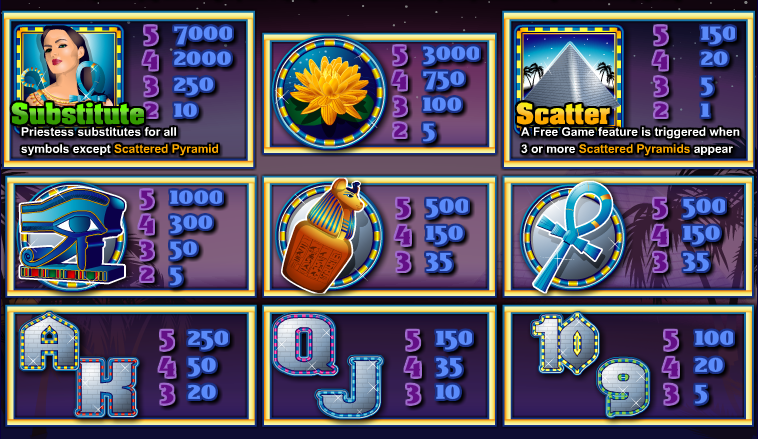 It’s always good to see an online slot which combines two themes into one game and that’s what we have here with Platinum Pyramid; it combines the luxury aspect of platinum with an Egyptian theme which should be familiar to most slots players. It’s developed by NextGen Gaming and although it might appear to be a bit basic, it does include a fast-moving free spins bonus game – read all about it in the review below.

Platinum Pyramid is a five reel slot with three rows and up to twenty paylines; as we’ve already said it’s graphically pretty basic with the large reels spinning against a background of a starry Middle Eastern sky.

There are four high value symbols including a golden flower, the Eye of Ra, a sarcophagus and a blue Ankh; lower values are the standard 9, 10, J, Q, K and A but these have a platinum sheen to them which fits with the theme.

The priestess symbol is wild, worth 7000x your line stake for five on a payline and will substitute for all others except the scatter – that’s represented by the platinum pyramid and it’s the key to the feature.

This is triggered when you land three or more of the platinum pyramid scatter symbols anywhere in view for which you will receive:

The spins start instantly so you have to concentrate sometimes to watch it all unfold but the good news is that all wins during this round are tripled and it’s also possible to re-trigger more spins by landing more scatter symbols.

Platinum Pyramid is clearly a little dated now so you probably shouldn’t hang around here too long unless you really like Egyptian-themed slots. The feature seems easy to trigger though and there’s and RTP of 94.45%.