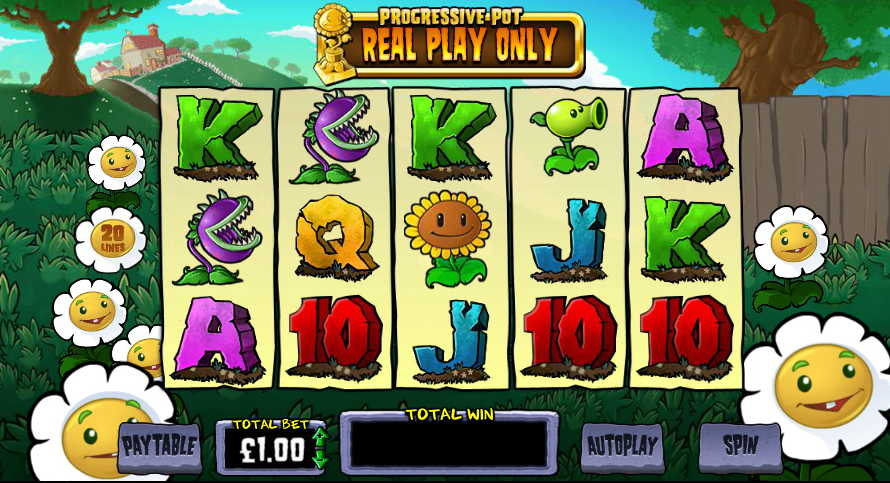 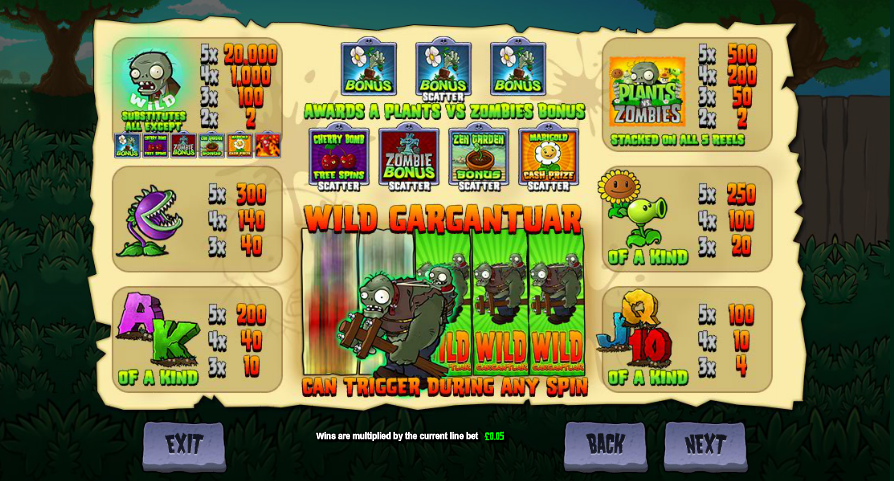 Surely everyone is familiar with Plants vs Zombies by now? It’s the defence-based app and computer game in which you must select weaponised plants to destroy waves of comedy zombies. Now you can play an online slot version of that game and not only does it look like the real thing, it also includes various themed bonuses to match the original and a progressive jackpot. It’s developed by Blueprint Gaming and you can read all about it below.

Plants vs Zombies is a five reel slot with three rows and twenty fixed paylines; the symbols on the reels match the original game exactly, as do the sound effects and there’s a peaceful rural scene in the background, about to be invaded by zombies.

The standard symbols include the game’s logo, the chomper, sunflowers, the peashooter and then the usual 10, J, Q, K and A.

The zombie is the wild symbol and it’ll substitute for all others except the zombie hand scatter symbol and the four icons which determine that bonus – described in more detail below.

There are four different bonuses available and they are triggered by landing the zombie hand on reels one and three and then one of the following four icons on reel five:

This can occur randomly on any spin and you will see a Gargantuar stomp across the screen, turning entire reels wild as he goes.

Plants vs Zombies is a superb way to spend your reel-spinning time with it’s fantastic graphics, brilliant bonus features and of course the progressive jackpot. Check it out – it has an RTP of 94.68%