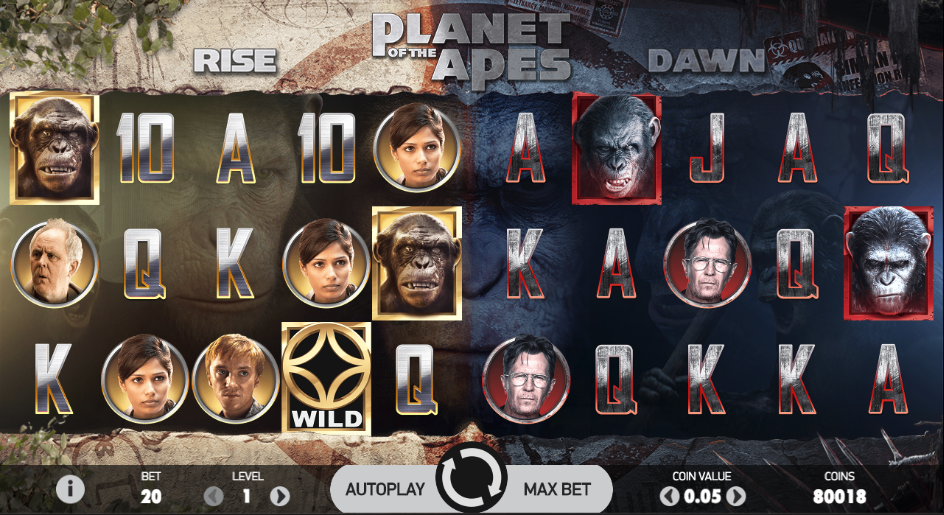 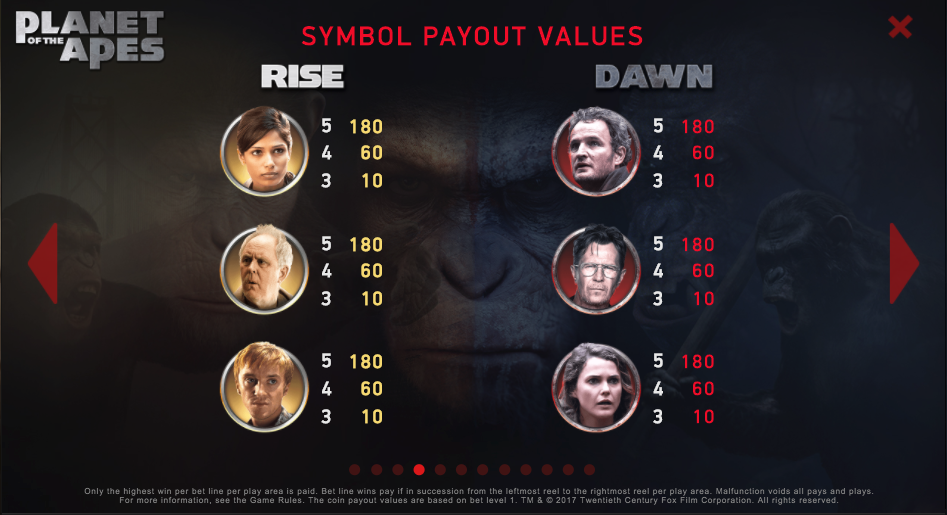 Fresh from the  development studios of Net Entertainment is this online slot machine based on one of the classic film franchises – Planet of the Apes; the gameplay of which is marked by an inventive dual reels system and multiple bonus features – check it out below.

Planet of the Apes is a five reel slot with three rows and twenty fixed paylines on each set of reels; those dual reels represent the different parts of the life of Caesar, the leader of the ape army before any after his escape from captivity. Each reel should be treated as a separate set during standard gameplay but they may work together during the features.

There’s a gold wild symbol on the left, a red one on the right and both will replace all others to form winning combinations except for the bonus/scatter icons.

There’s a chance this can occur before each spin and you will see one symbol picked at random from each reel set (but not the same one); the reels will respin and any further instances of those symbols will freeze in place or, if they land on the other side, move over to the correct side. The respins stop when no new matching symbols land and the payout is made.

If a full stack of wilds covers one reel in the Rise area, it will be copied over to the corresponding reel on the Dawn set.

There are two free spins modes and they are triggered by three scatters on the Rise reel or three on the Dawn reel and they work like this:

Planet of the Apes is one of the more feature-rich slots we’ve reviewed recently and lots of fun it is too; the dual reels work well, the features are regularly triggered and the movie clips are exciting. This game comes with an RTP of 96.33%.