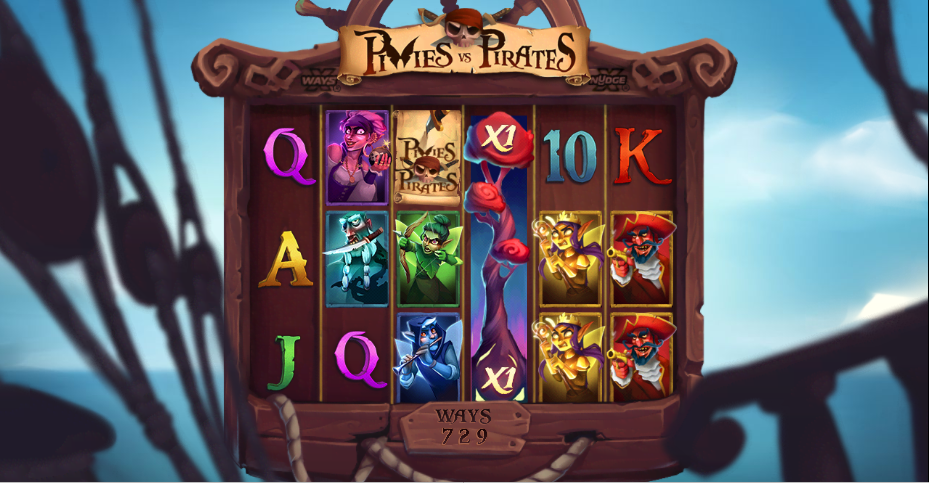 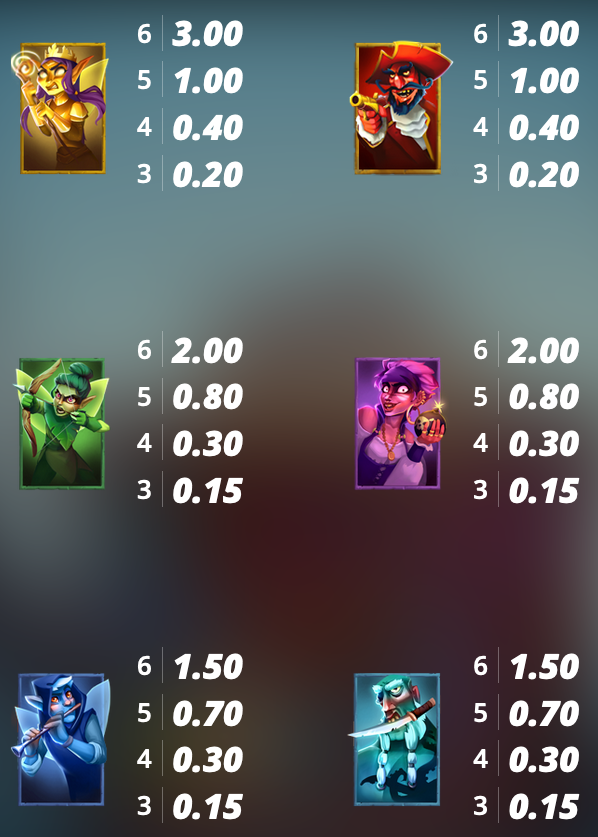 Throughout history there have been some monumental clashes between the forces of good and evil, of light and dark but not until now has a fantasy battle of such proportions taken place – this is Pixies vs Pirates, an online slot from Nolimit City whcih offers players stacked, nudging wilds, free spins and an expanding set of reels.

Pixies vs Pirates is a six reel slot with three rows and 729 ways to win in the base game; those reels spin beneath the gently turning ship’s wheel as we look out beyond the bow of the boat over the calm water.

The higher value symbols include the Pixie Queen and Pirate Captain along with two tooled-up crew/gang members from either side; 9, 10, J, Q, K and A make up the lower values.

The wild symbol can appear stacked on the reels, it comes with a feature we’ll explain below and it will replace all standard symbols to help form winning combos. The Mystery Chest and the poster are the special symbols.

All wild symbols are stacked on the reels and whenever one appears partially in view it will nudge up or down so it’s fully visible; on each nudge the multiplier for any win will increase by 1x.

A Mystery Chest will transform into another standard symbols when it lands and it may also expand up to four positions high – in this manner it can expand the total number of rows to six and the number of paylines to 11664.

Landing at least three of the poster scatter symbols anywhere in view will trigger the Battle Round Free Spins; you’ll start with eight free spins with reels two to five fully expanded to six rows and 11664 paylines. The task during this round is to collect Pixie Queens or Pirate Captains (depending on your choice at the beginning) and if you’ve collected more (or it’s a draw) the spins are retriggered.

Pixies vs Pirates is great fun, even if it’s a slightly unusual narrative for a slot machine; all the seem to trigger regularly and there are some big wins available for the luckiest players in the free spins.