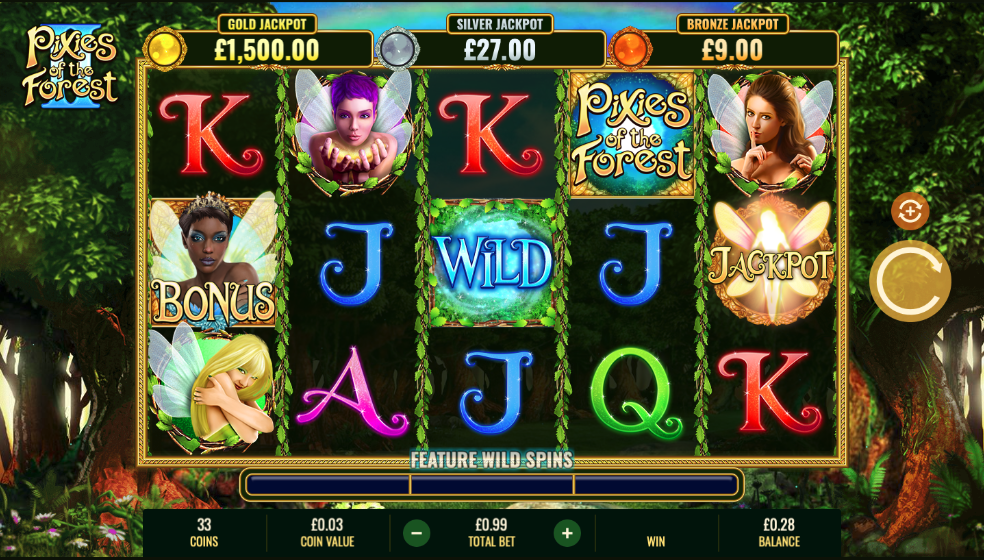 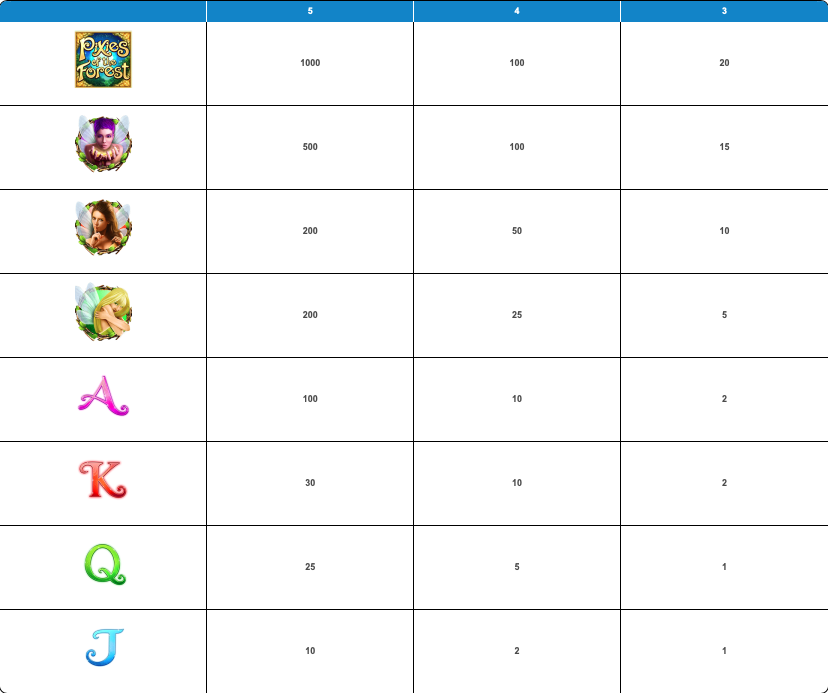 Pixies of the Forest 2 is a five reel slot with three rows and ninety nine fixed paylines; it looks pretty similar to the original with a tranquil forest setting providing the backdrop to the gold-framed reels.

Three pixies represent the higher value symbols while J, Q, K and A make up the lower values; the electric blue ‘Wild’ is wild and it will replace everything except for the bonus pixie and the jackpot symbol to help create winning combinations.

Pixies Of The Forest 2 Bonus Features

Every symbol which participates in a winning combinations will disappear and be replaced by more falling in from above; more combos can then be created to continue the process.

The Spirit Meter slowly fills up with each successful tumble and and three in a row will trigger the Feature Wilds; you’ll receive three free spins for the three spirits filled so far plus one spin for any more spirits. There are three possible Feature Wilds:

As an extra bonus there’s a chance that the free spins or jackpot feature may be triggered on the spin.

Landing three bonus pixies on reels one, two and three will trigger this feature so click one of those pixies to reveal the number of free spins awarded. Pixies with a 2x multiplier may appear on reel one to increase the value of winning combos.

During the free spins any spin which doesn’t include a Feature Wild may randomly award one of the following mini-features:

This is triggered by landing three jackpot symbols on reels three, four and five; now just pick from the golden pixies until four matching ones are found and the corresponding jackpot prizes is awarded.

Pixies of the Forest 2 looks very similar to its predecessor but along with free spins and tumbling reels it adds plenty of extra bonuses to keep the pixie action ticking along nicely. A nice high RTP of 96.57% completes the entertainment.