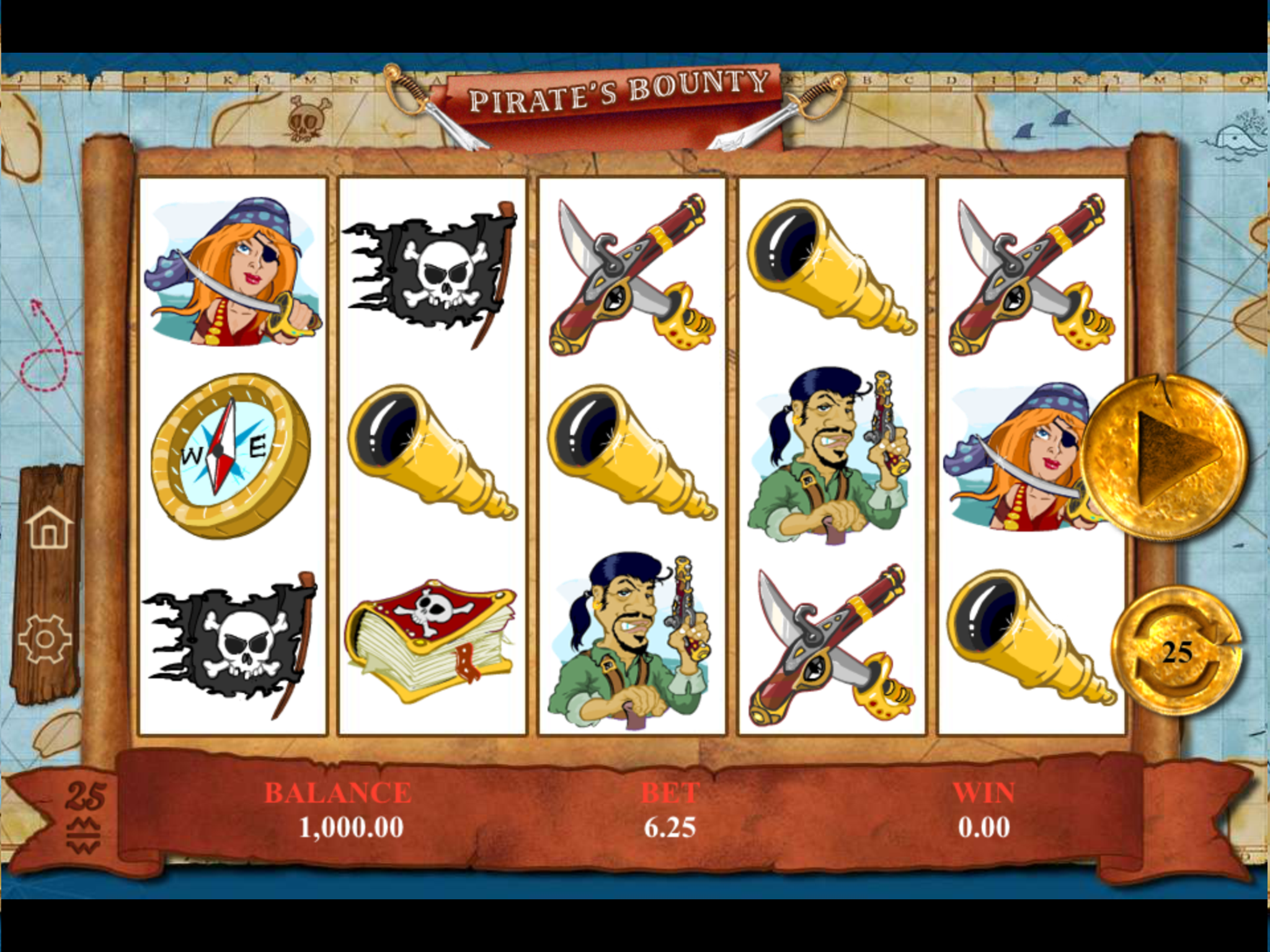 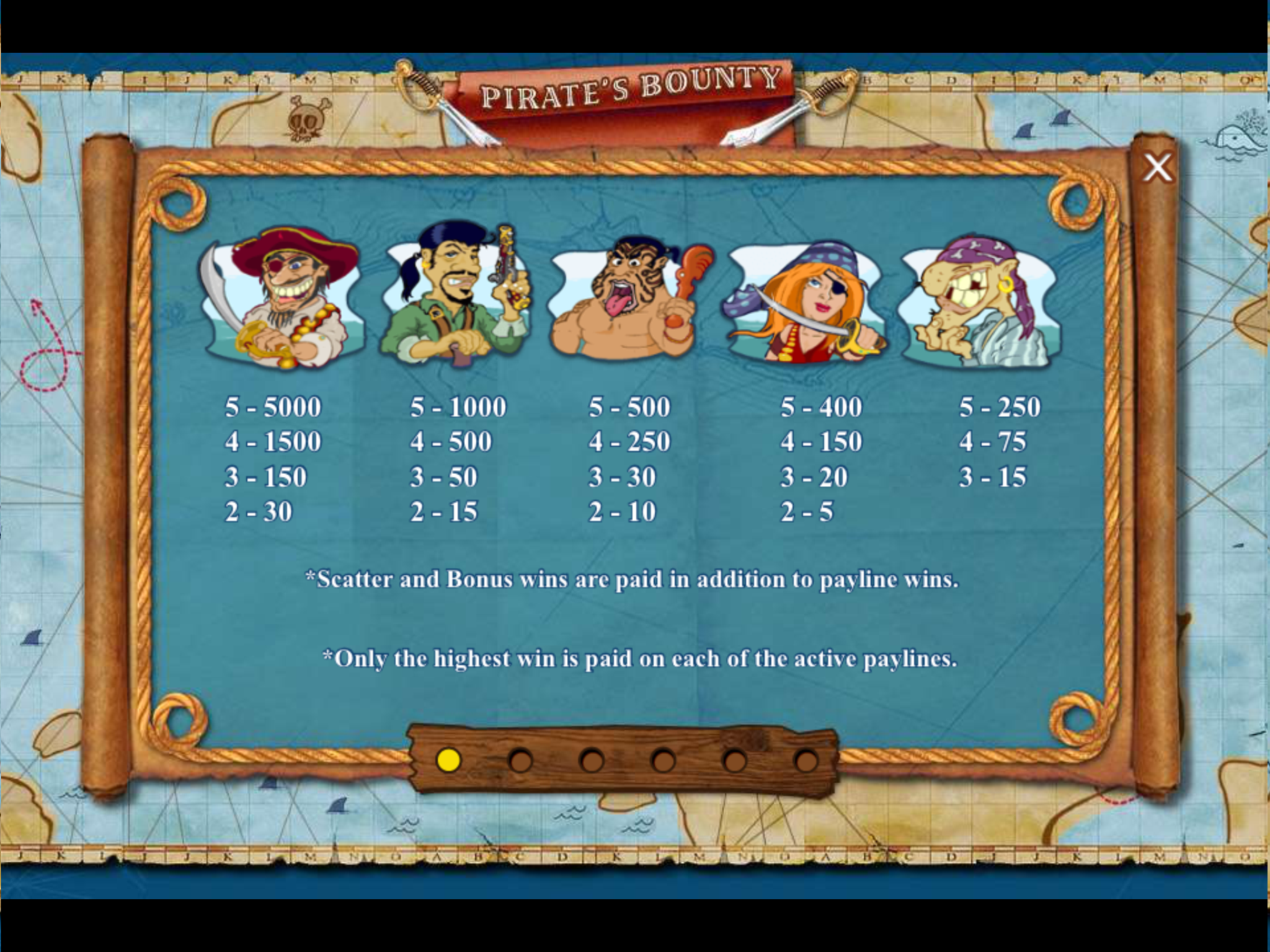 It’s been a little while since we happened upon a pirate-themed online slot so the discovery of this Random Logic game was particularly welcome. It’s called Pirate’s Bounty and it’s available on mobile devices only so it’s ideal for those long commutes when you fancy a quick punt. Check out the following article for more information.

Pirate’s Bounty is a five reel slot with three rows and up to twenty five paylines; those reels are set inside an unfurled roll of parchment and the backdrop is formed by the pirate’s map – look closely and you’ll see the ‘X’ which marks the spot in the bottom right hand corner.

There’s a great range of piratey symbols on show including five assorted threatening-looking characters along with the Jolly Roger flag, a crossed cutlass/gun, a book, a telescope and a compass.

The wild symbol is a treasure chest which replaces all other symbols except the scatter and the bonus; it will not pay out by itself unless you can land five on an active payline which pays an impressive 10,000x your stake.

The parrot represents the bonus symbol and the scatter symbol is the pirate ship. The scatter does not activate any extra features in this game.

This is the only bonus feature and it’s triggered by landing three or more parrots on an active payline. If the feature is triggered by four or five symbols the total prize will be multiplied by 4x/5x respectively.

Each pick will reward you with a prize unless you find the ‘Game Over’ notification in which case the round ends. Make it through all three stages and you’ll receive an extra 25 coin prize.

The feature is triggered by symbols on an active payline so play as many lines as you can for the best chance of reaching the Galleon’s Gold bonus.

Pirate’s Bounty is a cheery enough online slot with a bit of creativity in the bonus feature and some colourful graphics. The music adds some appropriate sounds and there’s a decent RTP of 95.38%.