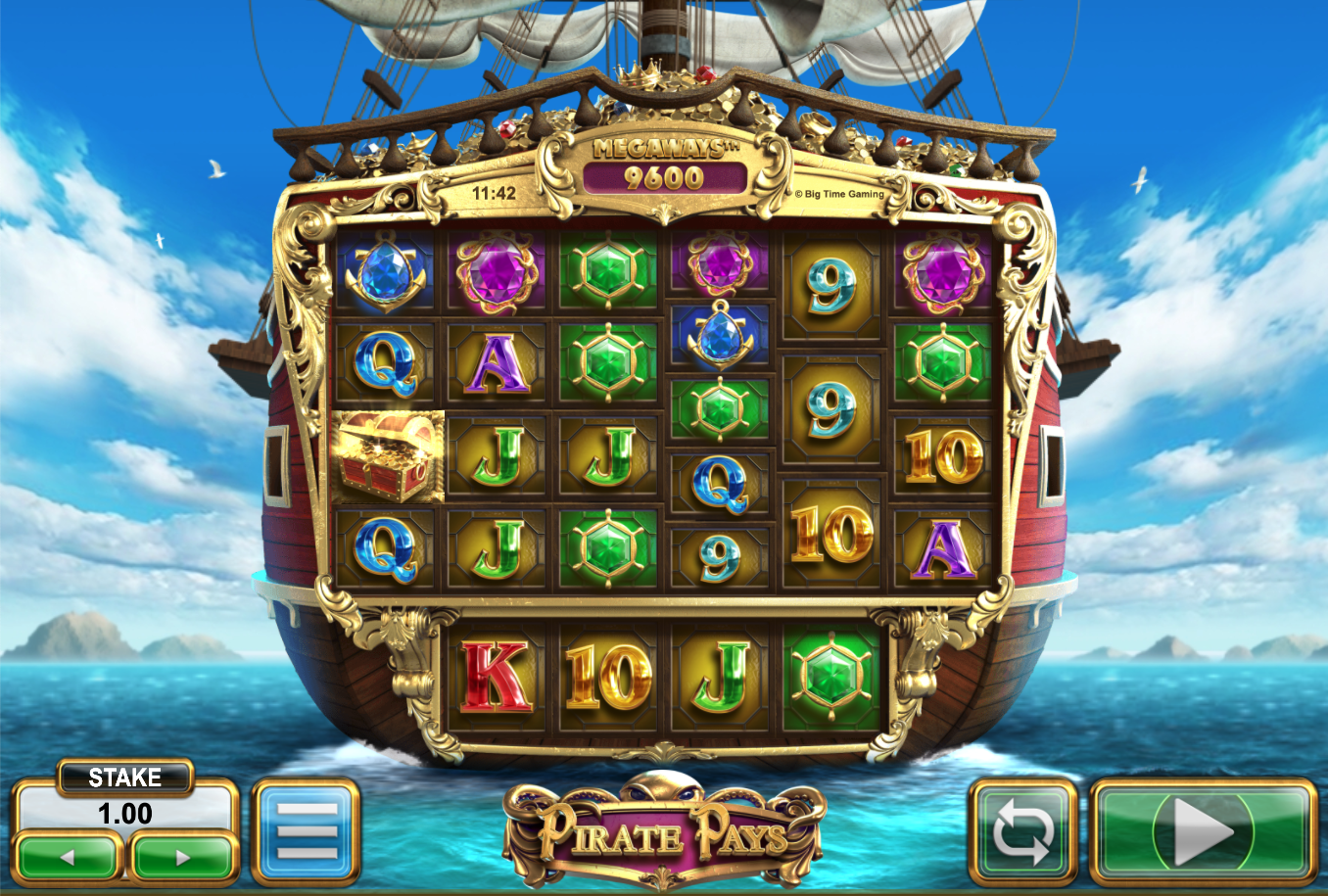 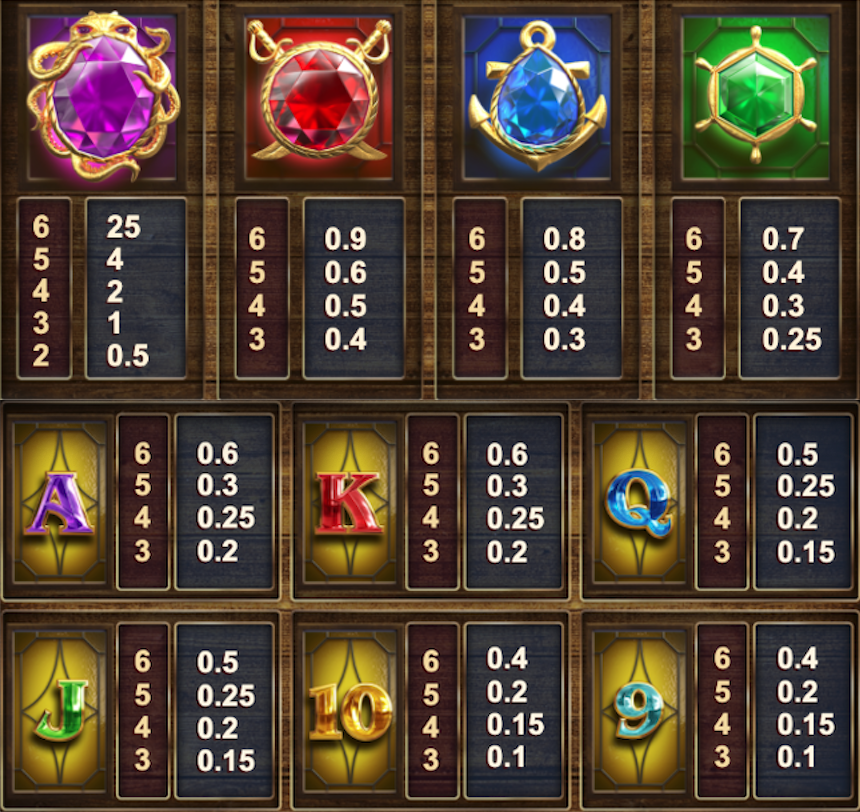 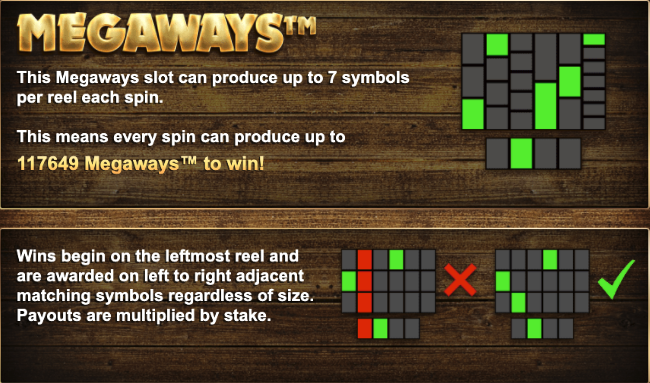 While marauding pirates may have caused terror for those seafarers of previous centuries we always look forward to an online slot machine themed on these brigands of the oceans; this one is called Pirate Pays Megaways, it’s developed by Big Time Gaming and it comes with cascading symbols, the Wild Compass and twenty different Kraken free spins possibilities.

All the action happens on the stern of this particular pirate ship as it sails the calm waters of some unnamed ocean; up to seven rows can land on each reel and there’s an extra horizontal reel at the bottom meaning that there’s a potential 117,649 ways to win (or Megaways) when the maximum number of rows land.

Inlaid in gold are four gems in purple, red, blue and green and these are the highest value symbols – 9, 10, J, Q, K and A are the lower values. The compass is wild and it only appears on the horizontal reel while the scatters are the red and purple treasure chests.

We referred to these as collapsing reels earlier but they’re the same thing and each symbol in a winning combination will disappear and be replaced by more falling in from above – more combos can then be formed to continue the fun.

Th e Wild Compass will only appear on the horizontal reel below the main set but when it does if will spin and point North, South, East or West; all symbols in that direction will then become wild and any payouts will be made. All the new wilds are represent by little tropical birds.

Landing at least three of the red chest scatter symbols anywhere in view will trigger this feature but if you can achieve it with a purple chest on reel six you’ll get the enhanced version.

In the regular version you’ll be presented with a Deal Or No Deal-type screen in which twenty outcomes are shown with a range of prizes from six spins + 1x multiplier to twenty five spins + 10x multiplier. Each additional triggering chest above three will remove one of these options and then cannons will remove five more. You’ll now be offered one of the remaining options and you can accept it or go again – you can keep rejecting until there are only two options left and you’ll have to pick one.

If you’ve managed to trigger the enhanced version then the ten lowest value offers will be removed before the choosing begins.