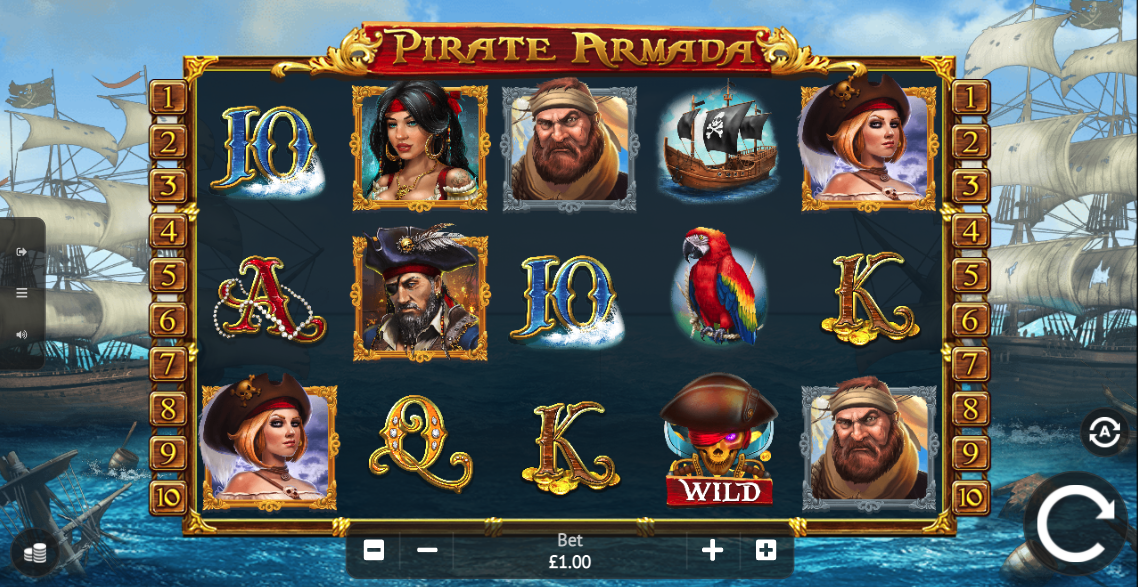 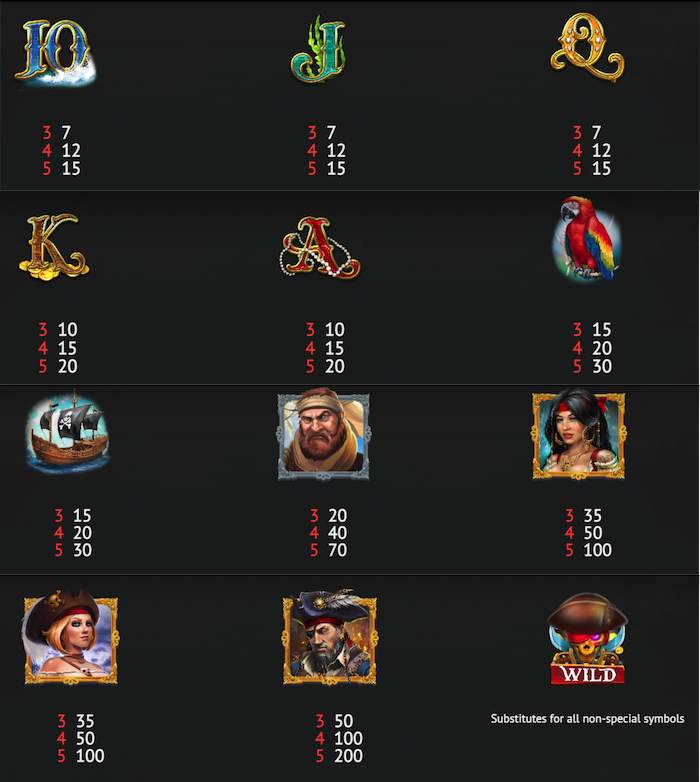 Ahoy me hearties! It’s time to splice the cabin boy and set sail for the Caribbean as we join the Pirate Armada in this online slot of the same name from 1×2 Gaming; pirate treasure lies waiting to be claimed for those able to trigger the free spins feature.

Pirate Armada is a five reel slot with three rows and ten fixed paylines; damaged ships and partially sunken wrecks occupy the blue water behind those gold-rimmed reels with pirate flags fluttering in the breeze.

The high value symbols are the captain, his ship and various crew members while the lower values are 10, J, Q, K and A; the pirate skull is wild and the treasure chest is the scatter symbol.

Landing three, four or five of the treasure chests on the reels will trigger this feature and award 6, 8 or 10 free spins respectively; those chests will display a coin value and the total on those triggering symbols will be awarded to the player each time a scatter lands once the spins are underway.