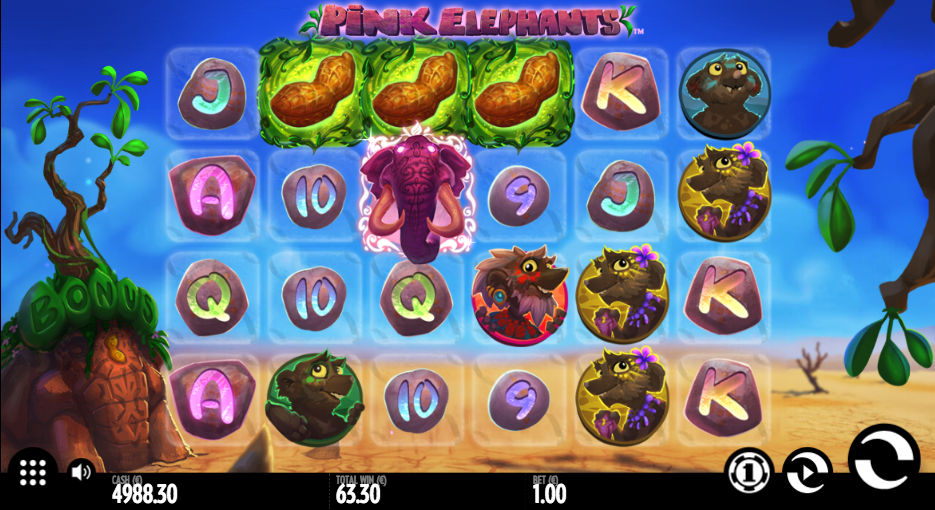 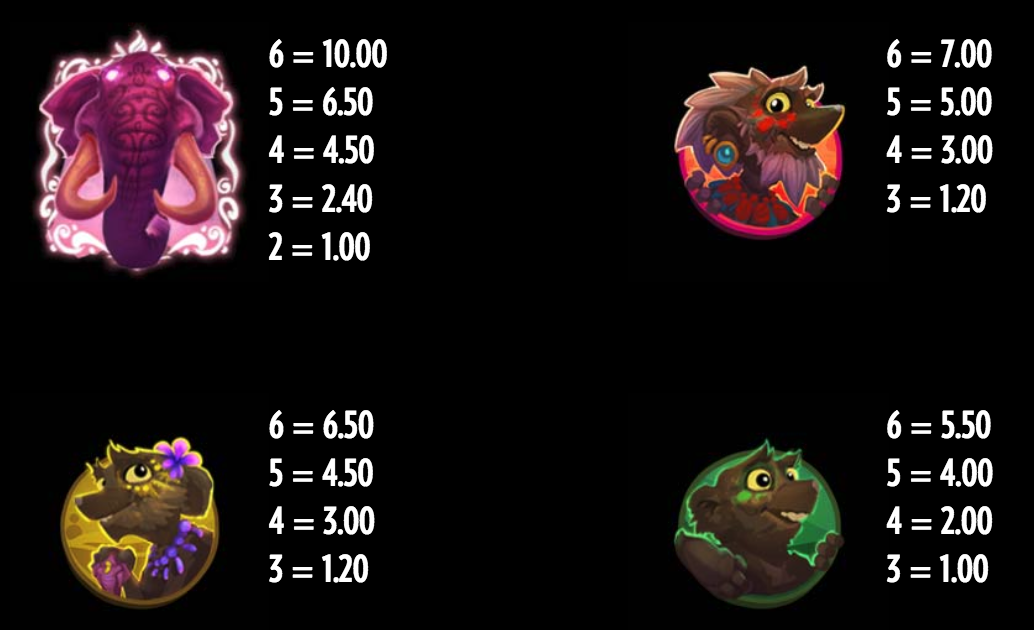 As far as we can tell, Pink Elephants first made their appearance in an alcohol-fuelled sequence in Disney’s 1941 classic Dumbo; it’s been a long time coming but we now have an online slot based on this creature, it’s from Thunderkick Gaming and you can find out all about it below.

Pink Elephants is a six reel slot with four rows and 4096 ways to win which means that winning combos can be formed s long as there are matching symbols in adjacent reels starting from the left hand side. Strange trees and a desert landscape add to the slightly hallucinogenic quality of this game.

The higher value symbols include the Pink Elephant and then a gang of little critters we can differentiate by colour – red, yellow, green and blue; 9, 10, J, Q, K and A make up the lower values.

The wild is a large glowing ‘W’ which will replace all others to form winning combinations except for the peanut scatter symbol.

This is triggered by landing three or more of the peanut scatter symbols anywhere in view for which you will receive the following:

During this round the plan is to collect elephant orbs which will go towards filling up meters related to the standard symbols; when a meter has been filled, all instances of that symbol will become elephants (the most valuable) and an extra free spin will be awarded.

In the base game you may randomly see up to five peanut scatter symbols added to the reels to provide a greater chance of triggering the feature.

Pink Elephants is very entertaining to play and it’s designed to a very high quality; the animations surrounding the free spins round are particularly notable and it’s a feature which can certainly be profitable. This Thunderkick slot comes with an RTP of 96.10%.