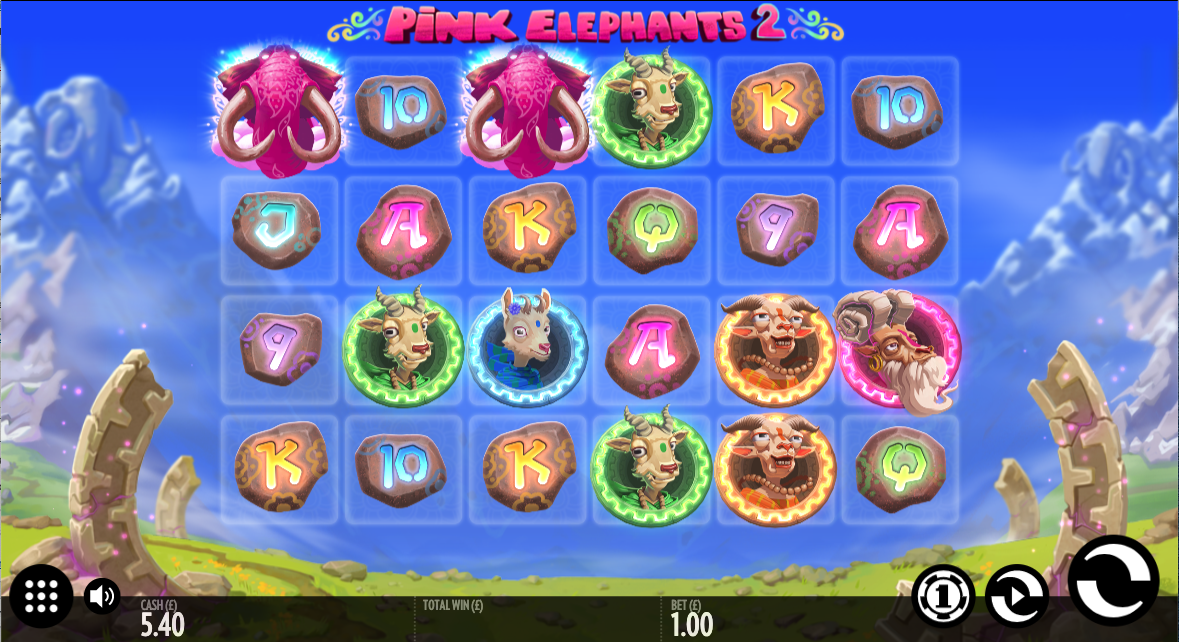 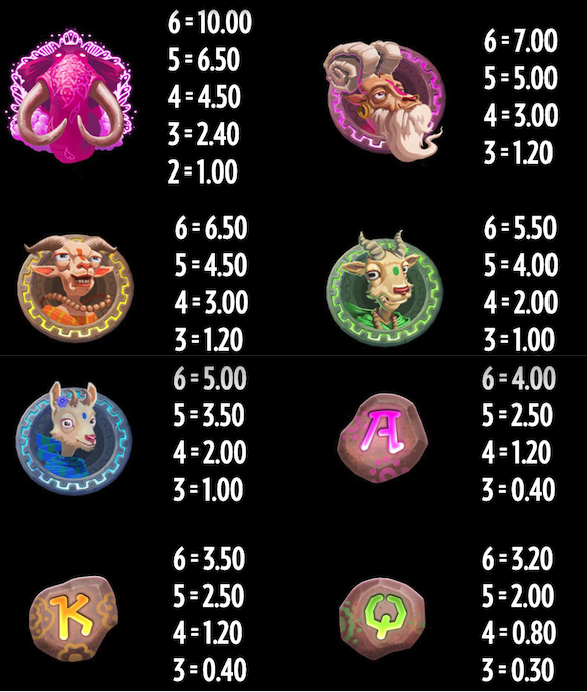 If you’ve previously enjoyed Thunderkick’s Pink Elephants online slot then you’ll be delighted to find out that there’s now a sequel in the shape of Pink Elephants 2; it maintains the same fantasy animal theme but chucks in some extra bonus features for good measure.

Pink Elephants 2 is a six reel slot with four rows and 4096 ways to win; this time around we’re located in a valley surrounded by snow-capped mountains and littered with ancient ruins.

The high value symbols include the pink elephant and four goats dressed in blue, green, orange and pink; 9, 10, J, Q, K and A are the lower values. The big ‘W’ is wild and it will replace all standard symbols to help form winning combinations; the golden peanut coin is the scatter symbol.

On any base game spin up to five scatter symbols may appear on any spin, making it easier to trigger the main feature.

Once the round has started two, three, four, five or six peanuts will award an extra 3, 5, 7, 9 or 11 spins respectively.

Your task during the free spins is to collect elephant orbs which will fill up meters starting with the lowest value animal symbol; as each one is filled it is replaced on the reels with the next one up and ultimately all those goats will be replaced by the pink elephant for some big wins. Each filled meter awards one extra free spins.

Pink Elephants 2 maintains the same high quality as the original but rewards us with a bit more in terms of bonus features; the location for our pachyderms may have changed but the enjoyment remains the same.