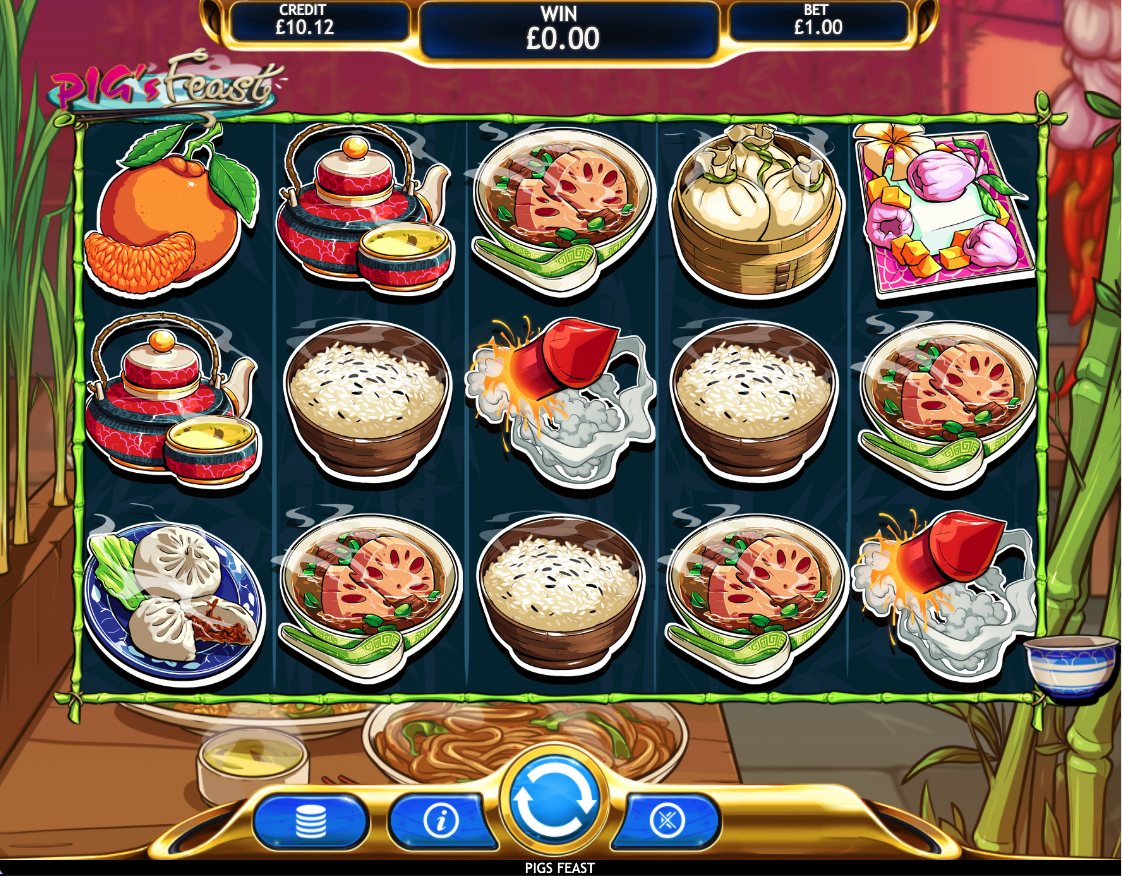 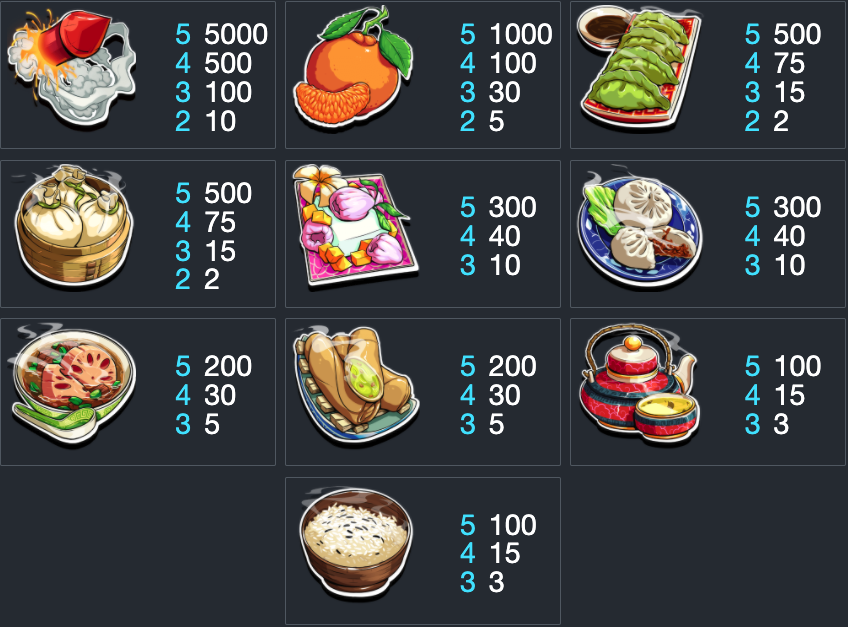 Welcome to the world of our gluttonous porcine friend in this online slot from Eyecon which follows a hungry diner as he chomps his way through multiple dishes; it’s called Pig’s Feast and from £0.01 per spin it tempts players with free spins, the Firework Bonus and the Dumpling Pick.

To set the scene for the five reels and twenty five paylines we’re in a traditional Chinese restaurant festooned with bamboo plants and wooden furniture; there’s plenty of relaxing music to accompany your gameplay too.

Every symbol is a tasty dish of some sort but there’s only a few we can confidently identify – steamed dumplings, bowls of rice, pieces of fruit and a tea service; the male pig is both a scatter and a wild while the female pig is another scatter. The wild will double any wins he helps with.

On every spin the stack of bowls to the right of the reels will animate and begins to fill up – it if fills up completely the Firework Bonus will activate and a box of fireworks will appear over each reel. They’ll all ignite and reveal a multiplier of up to 100x or they’ll misfire. You’ll then receive the total multipliers applied to your stake.

Landing three, four or five of the male pigs anywhere will award 15, 20 or 25 free spins respectively and these can be retriggered in the same way up to fifteen times.

This is triggered by landing three, four or five of the female pig scatter symbols anywhere in view and the reward is 2, 3 or 5 picks respectively; each pick will reveal a multiplier of up to 100x and the total will be applied to the stake as the prize.