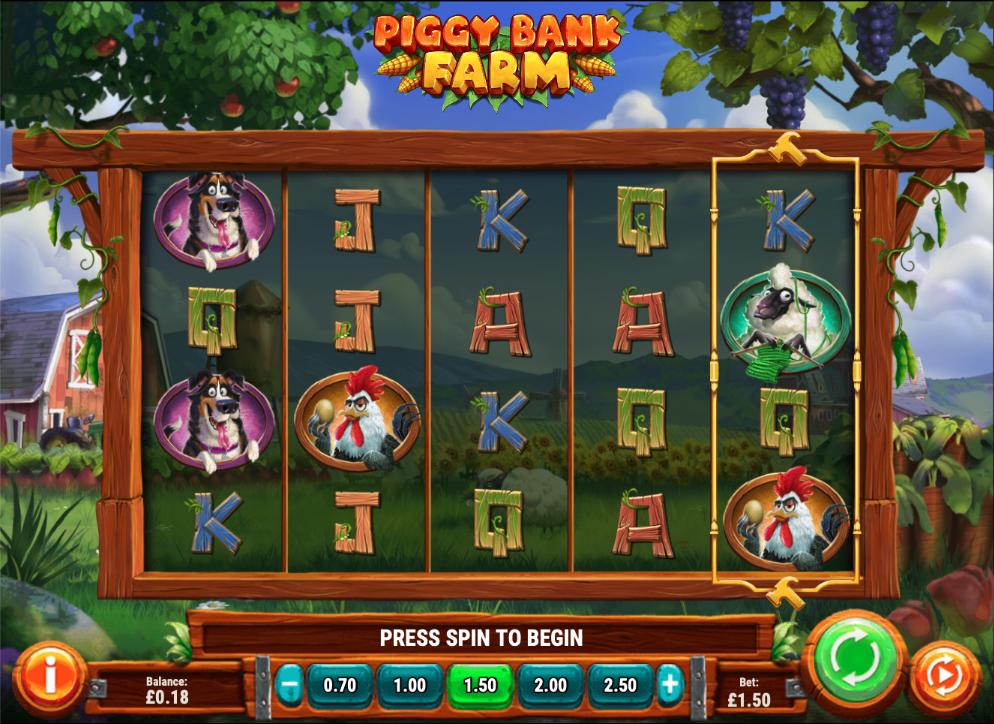 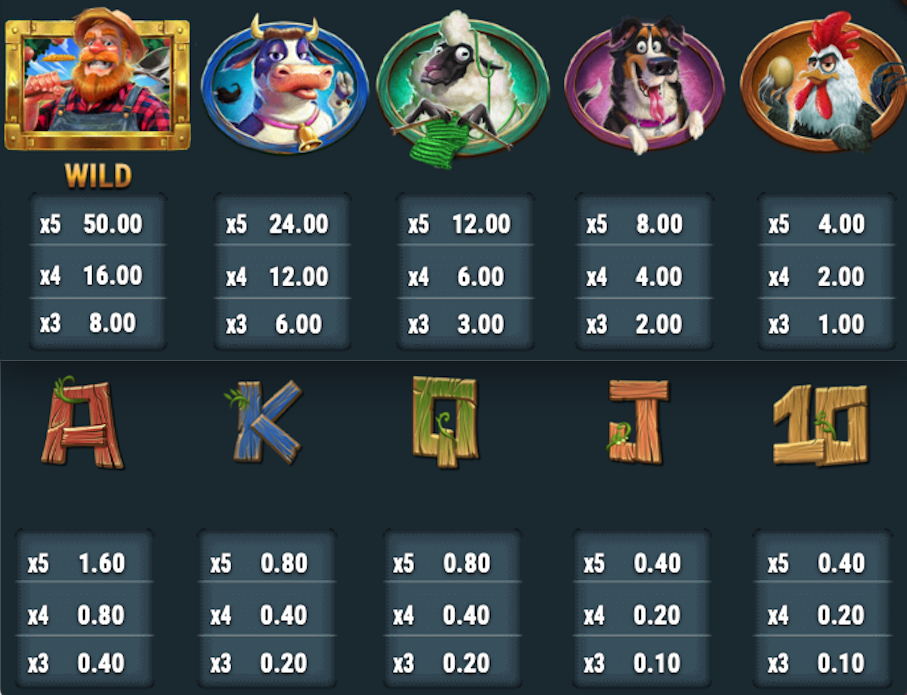 It’s a sunny day down on the farm and we’re here to check out this online slot from Playtech – it’s called Piggy Bank Farm and it’s a long-awaited (by us) sequel to Piggy Bank which was released as long ago as 2014; this new version adds some more animal-themed action into the mix with Piggy Bank spins and free spins available from £0.10 per spin.

Piggy Bank Farm is a five free slot with four rows and fifty fixed paylines; the charming rival scene behind those reels contains meadows, sheep, a red barn, a windmill and plenty of sunflowers.

High value symbols include the waving cow, the knitting sheep, the piggy bank, the panting dog and a chicken showing off an egg; 10, J, Q, K and A are the lower values. The farmer is wild while the gold coin and the hammer are the special symbols.

Landing the hammer on reel five will activate this feature and you’ll receive an initial three respins with any piggy banks in view locked in place; any new piggy banks will also lock and reset the number of spins to three. Each piggy bank on its own is worth up to 1x the stake but of they form larger squares the rewards increase like this:

Filling all positions with piggy banks will pay up to 500x the stake.

This feature is triggered by landing three of the gold coin scatter symbols anywhere on reels one, three and five and you’ll receive an initial eight free spins with three more available if you can repeat that feat when the round is underway.

Hammers can land on any reel during the spins to trigger the Piggy Bank feature and if more than one lands the win multiplier for the whole round increases by 1x.

Piggy Bank Farm is an enjoyable return to the fields with some top notch graphics and two potentially profitable features, one which can be triggered from inside the other for a possible jackpot of up to 5000x.