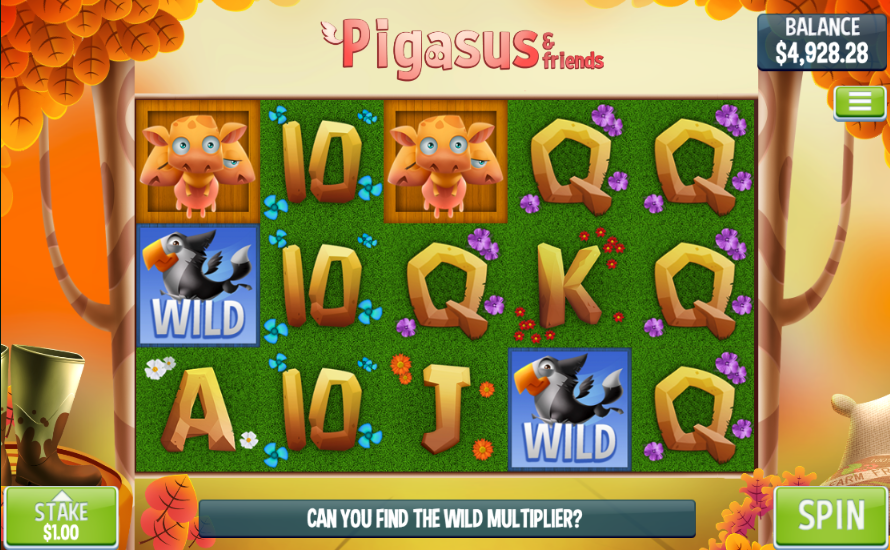 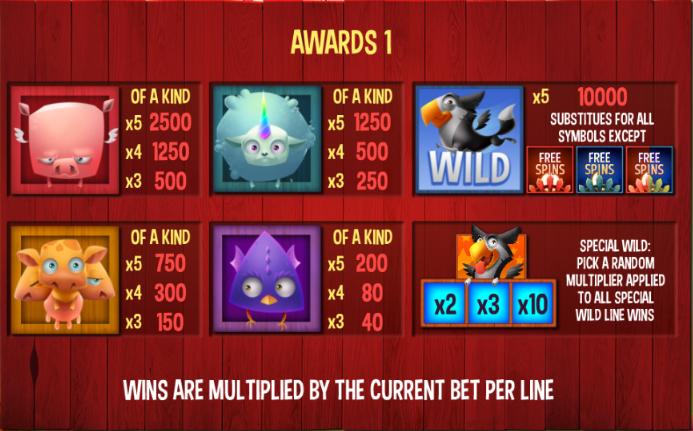 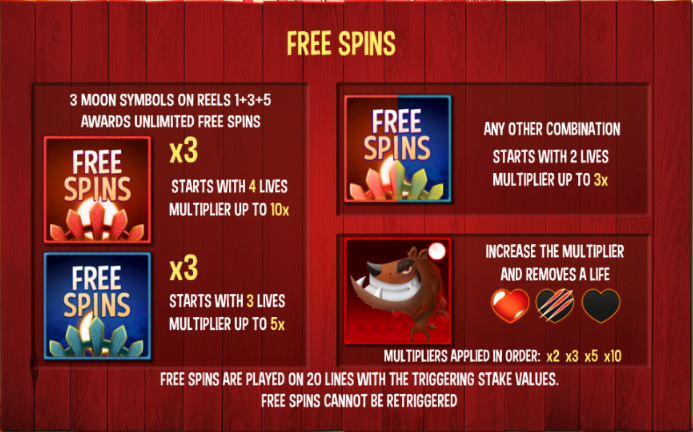 It’s time to take a trip down to the farm at a time of year when the leaves are falling from the trees and the sun is low in the sky; this is Pigasus, a porcine-themed online slot from Gaming Realms with some cute characters and clever features – find out how it all works below.

Pigasus & friends (to give it it’s full title) is a five reel slot with three rows and twenty fixed paylines; behind those reels there’s a stylised rural view of wellies, trees and autumn colours.

There are four high value symbols and these include odd-looking animals which could be a pig, a sheep/unicorn, a bat and a cow; 10, J, Q, K and A represent the lower values.

A puffin is the wild symbol and it will substitute for all others to form winning combos except for the moon/fence scatter icons which appear on reels one, three and five. There’s also a special wild which will award a random multiplier of 2x, 3x or 10x any wins which contain it.

There are three types of fence/moon scatter symbols and landing them in various combinations on reels one, three and five will award the following free spin modes:

Free spins are unlimited but each time the grinning wolf lands on reel five you’ll lose one of those lives; however each wolf appearance will also increase the multiplier for any wins – 2x, 3x, 5x and then 10x so a red moon spins round will always end with a multiplier of 10x.

If you land just two of the fence/moon scatter symbols on the reels you’ll be able to respin the third reel for a fee shown on that reel; you can keep doing this as many times as you want but any standard line wins during this effort will not be paid.

Pigasus is a lovely slot with some cute graphics and various clever features which should keep most players amused; respinning the reel for the Bonus Respins is quite costly but that’s your choice and it certainly adds an extra element to this game which comes with an RTP of 94.90%.