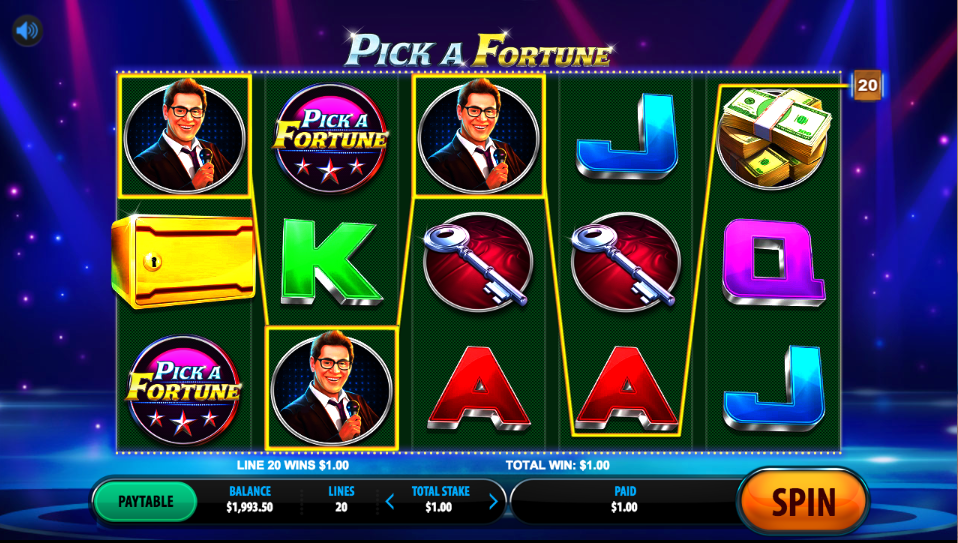 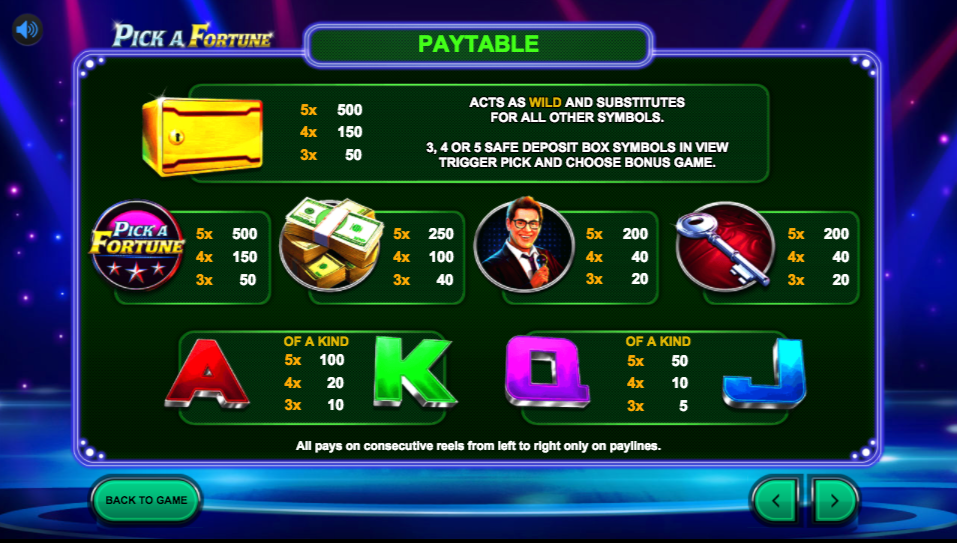 The studio lights, the smooth host and a variety of cash prizes can only mean one thing – this online slot is themed on a television game show and in this case it’s called Pick A Fortune; it’s developed by Sigma Gaming and you can find out how it works right here.

Pick A Fortune is a five reel slot with three rows and twenty fixed paylines; those reels float against a backdrop of a television studio lit by hazy blue spotlights and sparkling pinpricks.

The higher value symbols are the game’s logo, a stack of banknotes, the grinning host and a silver key; J, Q, K and A make up the lower values.

The wild and the scatter symbol are the same and it’s a locked golden safe – land three or more to activate the main feature, otherwise it’s a wild.

This can occur randomly after any base game win and you will notice that the border of the reels will light up; all reels will now ‘step’ one place to the right to reveal a new reel on the left hand side and hopefully more wins. of course you already have at least a three symbol win so this can be a valuable feature.

This is where the game gets a little bit like Deal or no Deal and it’s triggered by landing three or more of the golden safe wild/scatter symbols anywhere in view; you will now be faced with two sets of boxes numbered from one to fifteen so pick three from either side. You will now offered a box from either side (Take It and Leave It) so open the Take It box – you can accept this offer or reject it to receive whatever is in the Leave It box. You’ll get to play this game three times.

Pick A Fortune may be a little basic on the graphics front but it’s cheerful, colourful and it offers two creative bonus features which should prove quite profitable for the luckier players. This game comes with an RTP of 95.70%.