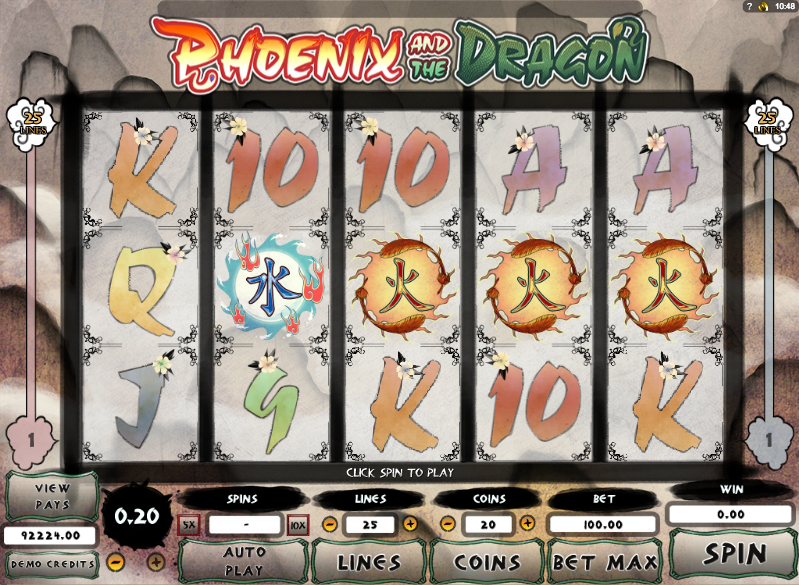 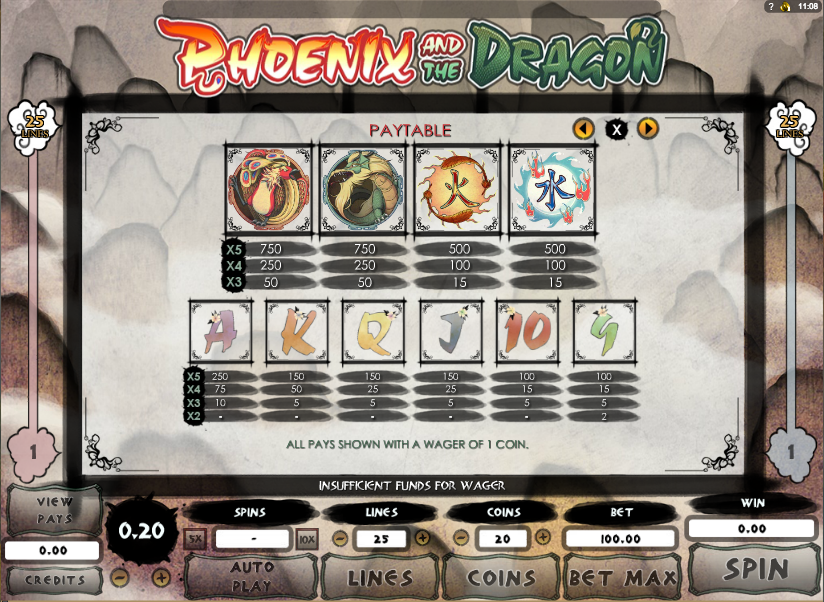 Once again the mysterious orient awaits players willing to spin the reels on this good-looking game from Genesis Gaming. It’s called Phoenix And The Dragon and it combines some traditional Chinese artwork with dramatic music and an enhanced bonus feature to complete the package. Read the full review below for more information.

Phoenix And The Dragon is a five reel slot with three rows and up to twenty five paylines; we really like the rocky artwork which comprises the background and it’s the type of watercolour style which will be familiar to any students of Chinese art.

The four high value symbols are the phoenix, the dragon and then two Chinese symbols which may or may not be the characters for those creatures. 9, 10, J, Q, K and A make up the lower values.

The game’s logo is the scatter symbol and the wild is represented by a wobbly Yin/Yang logo which substitutes for everything else except the scatter.

Phoenix And the Dragon Bonus

Your task is to pick the winner as these two creatures do battle and if you are correct in your pick the subsequent bonus round becomes more valuable.

We’re fans of free spins rather than picking games so we generally opted for the Phoenix in the feature but there’s no monetary advantage in doing so.

This is a lovely looking game with a an interesting and potentially lucrative bonus feature; the music isn’t particularly oriental but that’s not a huge problem.