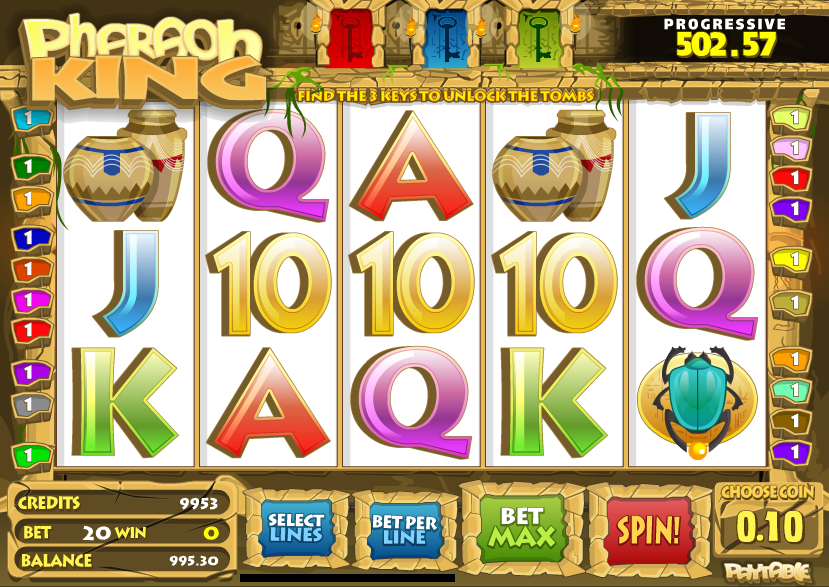 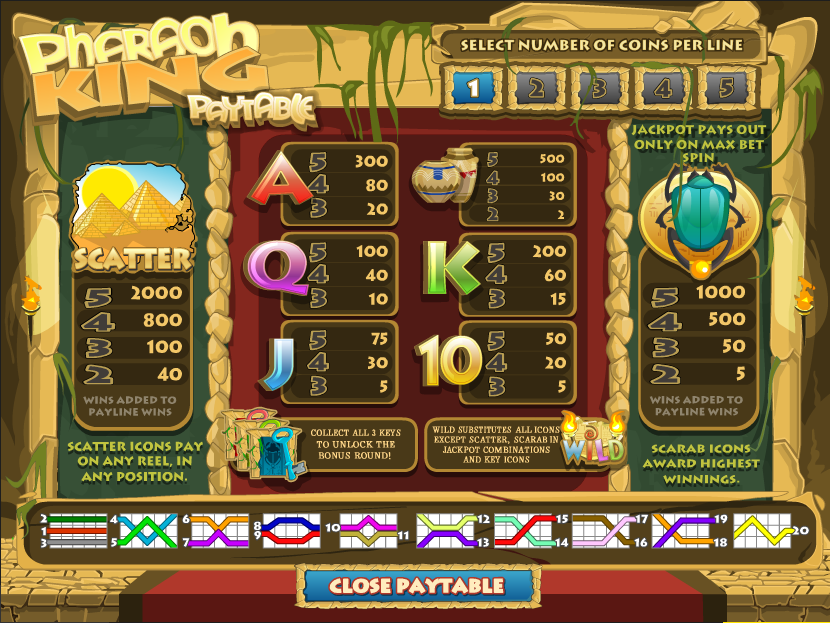 Veterans of online slot machines are very familiar with the temples and gods of Ancient Egypt although perhaps only in a virtual sense; now they have one more chance to visit this North African country by playing Pharaoh King, a game developed by Betsoft which comes with a picking game and a progressive jackpot.

Pharaoh King is a five reel slot with three rows and up to twenty paylines; the design is simple and cartoonish with various aspects of the game chiselled out of stone. Above the reels are three coloured keyholes (of which more later) and the running total of the progressive jackpot.

There are very few standard game symbols and these include a couple of vases and the scarab along with the standard 10, J, Q, K and A.

The wild symbol is a pair of torches fixed to a hieroglyph tablet and it will substitute for all others except the scatter symbol (the pyramids), the keys and the scarab (but only if it’s a jackpot combo).

As the game progresses you will pick up coloured keys as you play and these will be whisked to the top of the screen to fill up the keyholes above the reels. When these are all full you will be taken to a screen displaying six vases – just keep picking them for prizes until you find the one which says ‘Collect’.

This is won by landing five of the scarab symbols on an active payline while playing at the maximum bet level. You will then be awarded the total prize shown in the top right hand corner.

Pharaoh King is a nice simple slot with some attractive graphics and a guaranteed bonus feature (if you play long enough to collect all the keys). It also has the tempting bonus of a progressive jackpot.