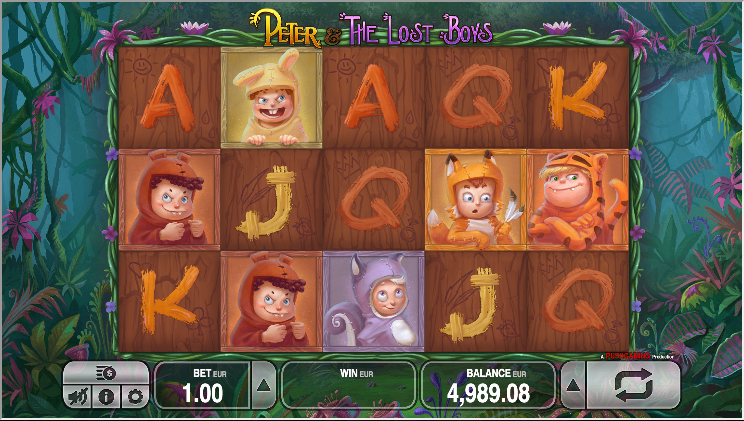 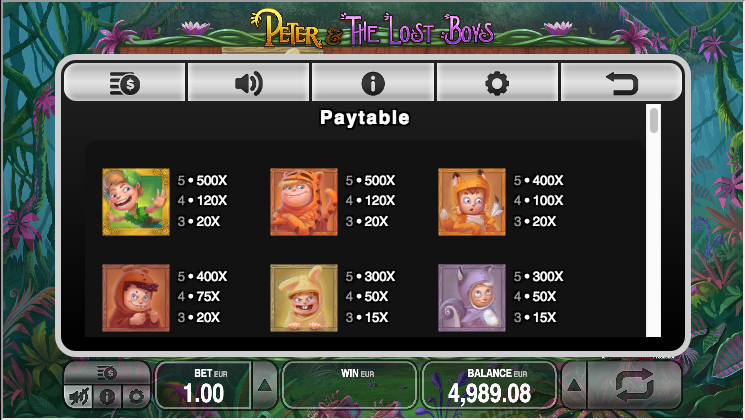 Formerly an online slot exclusive to Mr Green Casino, Peter & The Lost Boys is developed by Push Gaming and it’s based on the character of Peter Pan, created by J, M, Barrie. Find out all about it here.

Peter & The Lost Boys is a five reel slot with three rows and twenty five fixed paylines; it’s a very cute design with the reels spinning inside a frame of twine against a backdrop of a hazy forest – the home of the Lost Boys.

The five most valuable symbols are the Lost Boys whose original character names were Tootles, Nibs, Slightly, Curly and The Twins (although there’s only one twin here). Lower values are the standard 10, J, Q, K and A.

Peter Pan himself is the wild symbol and he will substitute for all others except the scatter – that’s a mirror which appears only on reels one, three and five.

This is triggered whenever two or more wilds appear on the reels at the same time; a path will be drawn between those two and each symbol crossed will also become wild. Any payouts will now be evaluated and in our experience this results in some big wins. 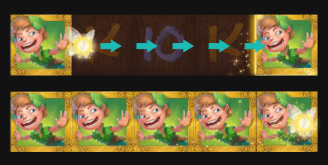 Trigger this by landing three of the mirror scatter symbols anywhere on reels one, three and five; you are initially awarded five free spins but first you need to pick from the six fairies on display until you find ‘Start Free Spins’. The awards are as follows and each can be claimed up to five times:

Peter & The Lost Boys is a cute and attractive slot with two enhanced bonus features that can produce some big wins; it looks equally good on desktop or mobile and it has an RTP of 96.53%.