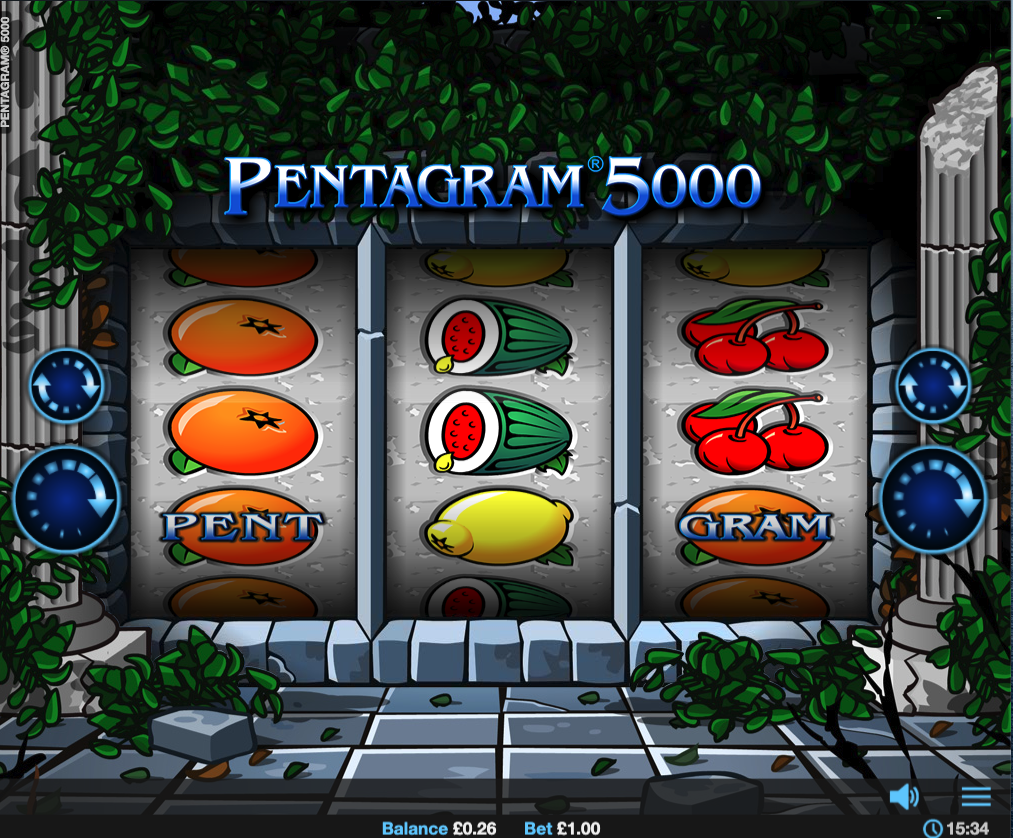 A quick check of Wikipedia tells us that the pentagram was originally used by the Ancient Greeks and Babylonians as a symbol of faith before being appropriated by other groups up until the present day; Pentagram 5000 is an online slot developed by Realistic Games which delves into this spiritual item and comes out with free spins.

Pentagram 5000 is a three reel slot with three rows and five fixed paylines; the Greek influence is on show here with damaged columns flanking those reels, just visible through the encroaching undergrowth.

The symbols are a traditional bunch and include red sevens, Bars, golden bells, plums, lemons, watermelons, bunches of grapes, oranges and cherries; there are no wild symbols in Pentagram 5000 but the bonus symbols are ‘Pent’, ‘star’ and ‘Gram’ overlaid on reels one, two and three respectively with ‘star’ being a Pentagram symbol.

This is triggered by landing the three parts of the Pentagram on an active payline on reels one, two and three respectively; you’ll now receive ten free spins plus 1x your bet for getting this far. It’s not possible to trigger any more spins from within this round but watch out for the Pentagram symbol landing anywhere on reel two because it will double any wins you gain from this whole round.

There’s nothing particularly groundbreaking about Pentagram 5000 but it’s an entertaining enough slot which keeps the action ticking along nicely; two things help it to stand out from the crowd a bit though – there’s a possible 5000x win in the free spins and there’s also a very high RTP of 97.45%.