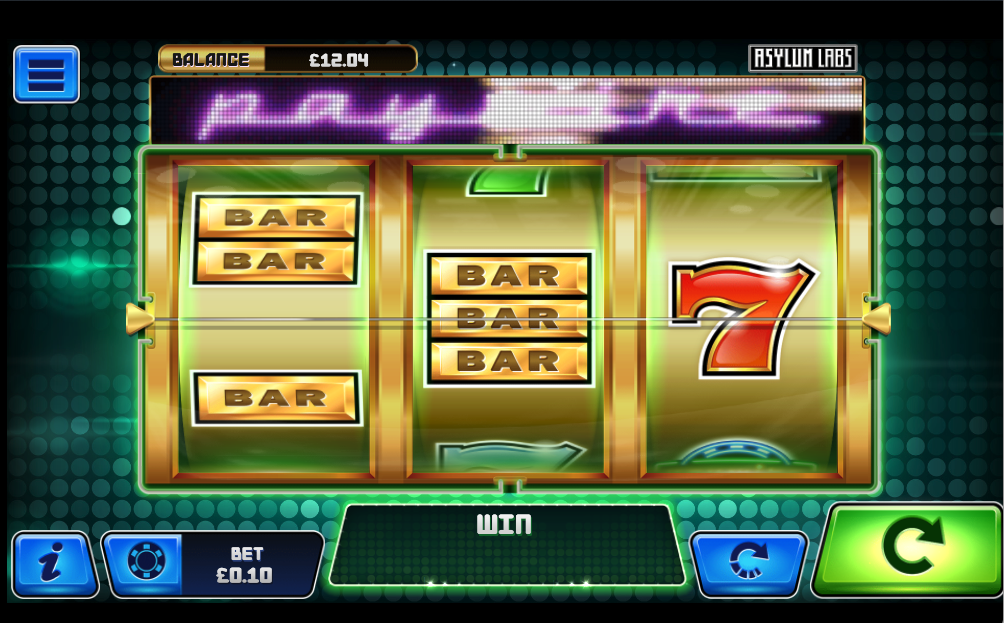 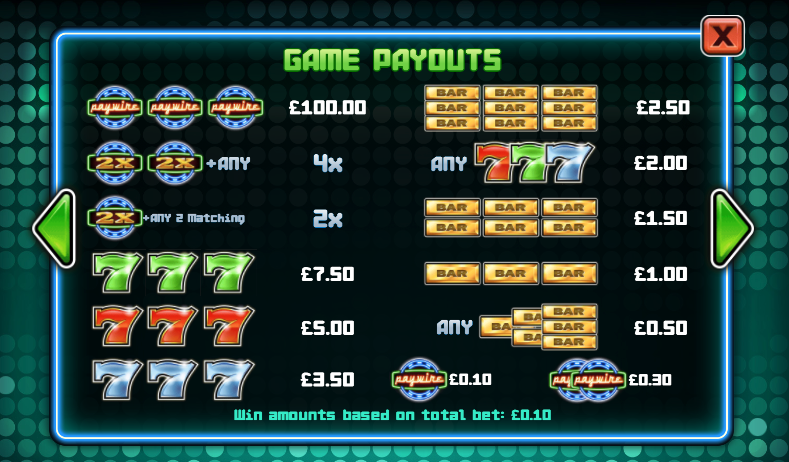 Despite reports to the contrary, the era of the three reel online slot is not yet quite over, even if the five reel versions with multiple features dominate the casinos these days; Paywire is a release from Gameiom which comes with plenty of glitz, lots of colour and two separate features – read all about it here.

Paywire is a three reel slot with three rows and just one paylines; it’s a gold and neon extravaganza with a sparkling green backdrop and a scrolling banner at the top which displays helpful slogans.

The symbols are largely traditional and include single, double and triple gold bars and red, green and blue sevens; the Paywire symbol is the highest value though and worth 1000x your stake for three on the payline. It’s also quite versatile and not only will it pay for just one in view, it will also act as a sort of 2x multiplier wild if it precedes one or two matching symbols. The gold bars and the sevens will also pay smaller prizes for mixed combos.

Both the features occur within the standard gameplay and they work like this:

Nudge Feature – if you land on a blank space there’s a chance that the game will automatically nudge one, two or three of the reels; you might win nothing but you may also be the recipient of a big win.

Haywire – following any win, the game may kindly decide to award up to nine repeats of that win in a frenzy of purple and sparkles.

Even those who don’t particularly like three reel slots should find something to enjoy about Paywire; it’s fast moving, colourful and the features trigger regularly so you won’t be watching endless non-winning spins. It comes with an RTP of 96.25%.