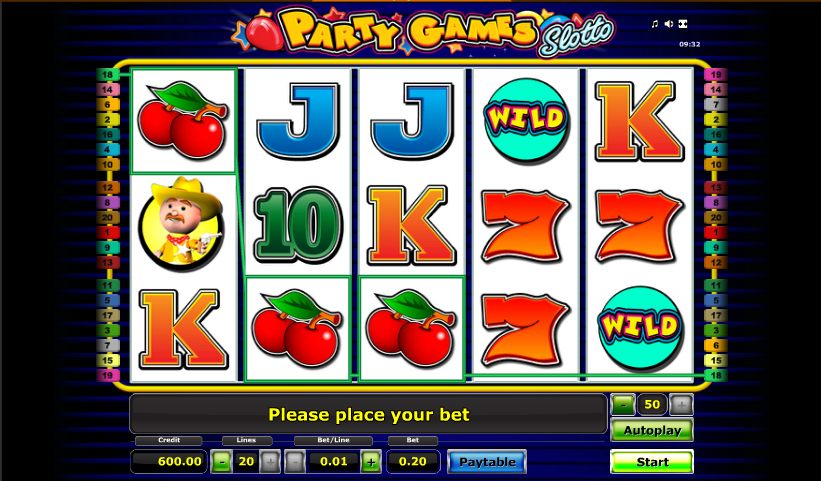 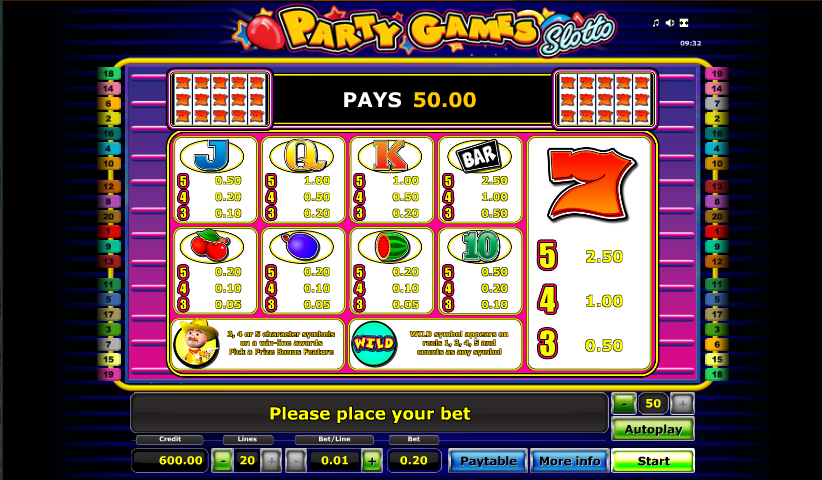 In these days of state of the art online slots with 3D video and multiple features, is there still a place for something a little more basic? Novomatic are a developer with a track record of converting their bricks and mortar games into versions suitable for the small screen and Party Games Slotto is one more example. There are very few bells and whistles here but it’s arguable the real casino experience.

Party Games Slotto is a five reel game with twenty paylines and it’s theme is one of a traditional party. The reels take up up all the screen space and there is no background as such, just those spinning reels.

There are some traditional fruity symbols on show here including watermelons, plums and cherries along with bars and sevens. 10, J, Q and K make up the remainder and the most valuable symbol is the big red seven, paying 12.5x your total bet for five on an active payline.

The ‘Wild’ is obviously the wild symbol and it appears only on reels one, three, four and five; there are also a range of party characters who are the keys to activating the feature.

As with many Novomatic slots, bonus features aren’t exactly the main attraction and that’s the case here; this mini-game is triggered by landing three, four or five of the little party characters on an active payline and then three of the little people will be displayed on screen. Just pick one for a cash prize – that amount will depend on your stake level. 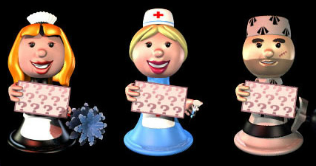 If you’re trying to trigger the feature then play with as many paylines as possible – it’s only triggered by landing those characters on an active payline.

Games such as this certainly have some appeal, especially as faithful conversions of a physical machine. You won’t come here for the features but you may well stay for the graphics and the smooth gameplay.