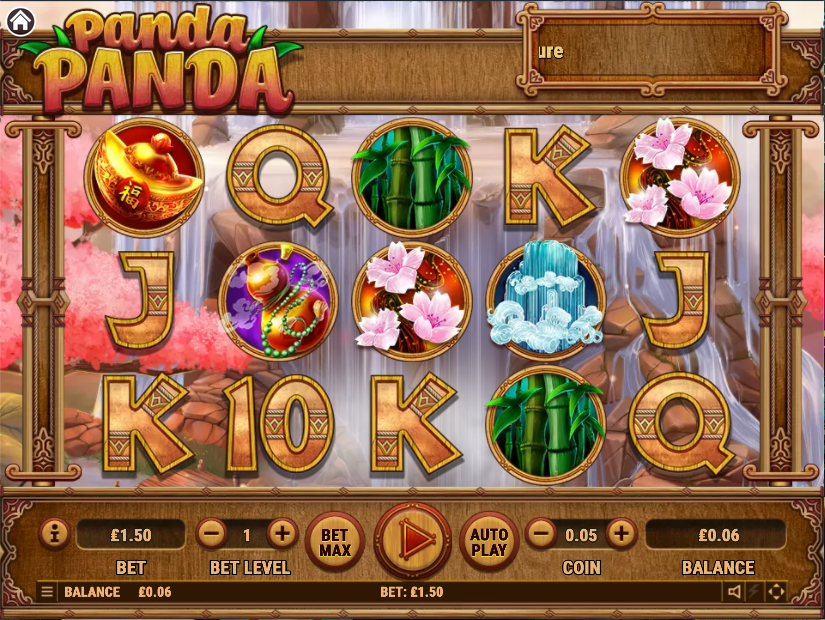 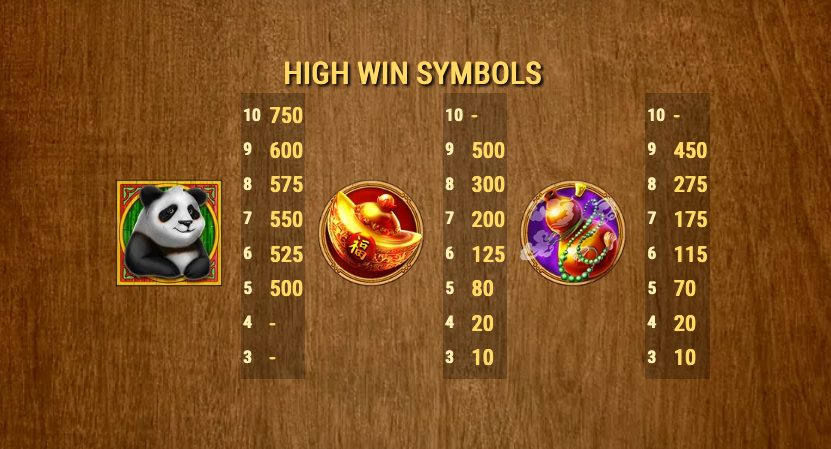 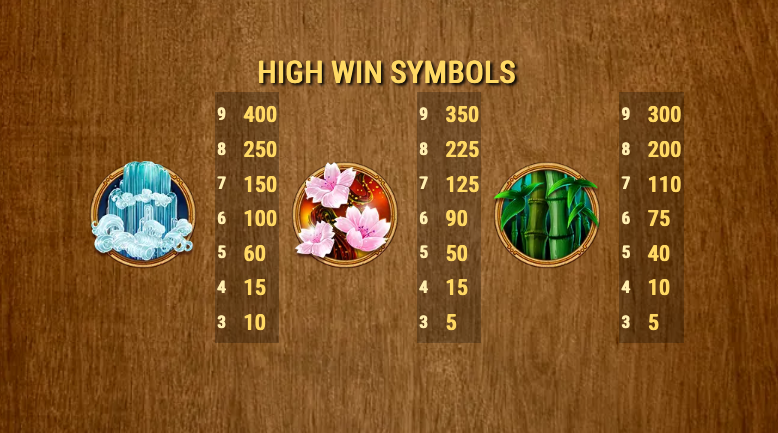 Panda Panda is a five reel slot with three rows and 243 ways to win whihc means that there’s no payline structure and wins can be formed as long as there are at least matching symbols on adjacent reels starting from anywhere. Those reels spin within an rnate wooden structure against a backdrop of a cascading waterfall.

The higher value symbols include gold ingots, a waterfall, cherry blossom, bamboo and a pot; 10, J, Q, K and A represent the lower values.

The bamboo-munching panda is wild and he appears stacked on all reels, replacing all standard symbols to help form winning combos; he may also split into two wild symbols to increase the value of any win.

The scatter symbol is the panda close up which looks a bit like a Yin Yang icon.

This is triggered by landing at least three of the panda close ups anywhere in view for whcih you’ll receive an initial ten free spins; on the first spin a wild symbol will be placed on one of the triggering positions after which it will move to the right and then loop around with each subsequent spin. It can also split into two like the standard wild symbol.

It’s not possible trigger any more spins from within this round.

Is Panda Panda good enough to be named twice? Well it’s an enjoyable, high quality slot with a wild feature and a potentially profitable free spins round so it’s certainly worth checking out.