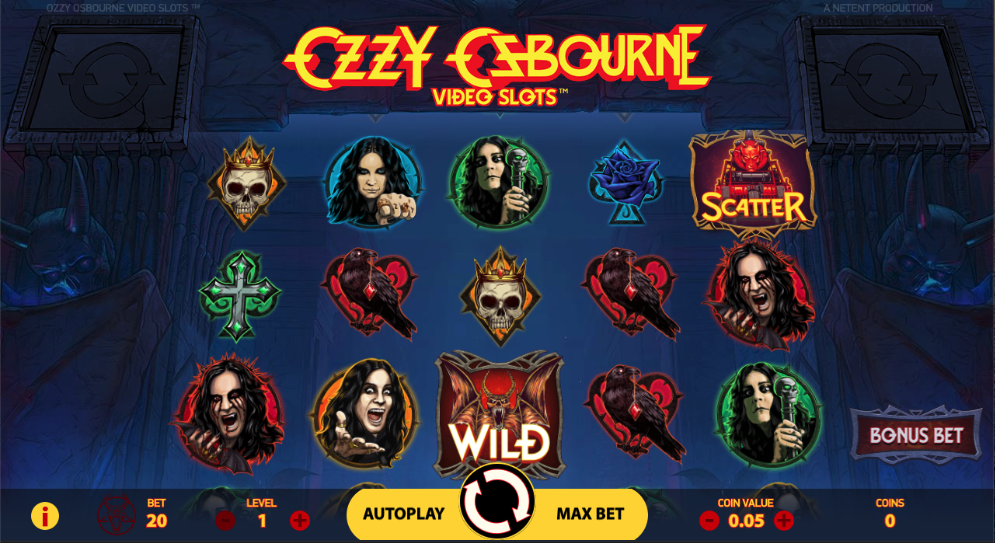 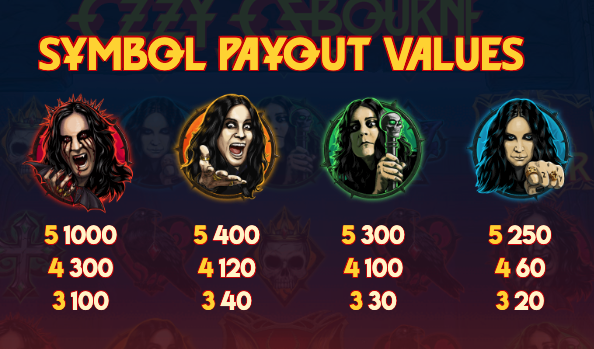 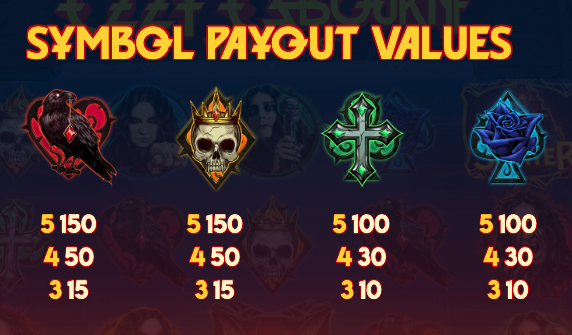 If there’s one old rocker who really deserves an online slot to call his own then it’s surely Ozzy Ozbourne, legendary front man of Black Sabbath and famous biter of bat heads; that game has now been developed by Net Entertainment and it offers players free spins, base game features, an optional bonus bet and lots of original music.

Ozzy Ozbourne is a five reel slot with three rows and twenty fixed paylines; the setting is not a stage but the misty entrance to some creepy graveyard and there are plenty of spooky sounds to maintain the haunting atmosphere.

The higher value symbols are four pictures of Ozzy in his younger, wilder days while the lower values are a crow, a crowned skull, a green cross and a blue rose.

The bat is wild and it will substitute for all standard symbols to make winning matches; the special symbol is the big, red scatter.

Landing two of the scatter symbols anywhere on reels one, three or five will award one respin before which the Symbol Charge Up kicks into gear; a symbol (but not the wild) is picked at random and then a feature is also chosen:

This is triggered by landing the scatter symbol on the first Charge Up spin and you’ll receive four free spins initially; the Symbol Charge Up feature occurs before each spin and its effects last until the round ends. A scatter appearing on a Charge Up spin will award one extra spin.

The Bonus Bet option will double the stake but add an extra spin when the free spins are triggered; it will also increase the Symbol Multiplier values to 5x and 7x in the Respins.

Free spins, plenty of features and Black Sabbath songs – what more could a slot fan want in a game? It’s designed to Net Ent’s usual high quality and it’s worth noting that using the Bonus Bet increases the RTP slightly from 96.30% – 96.67%.