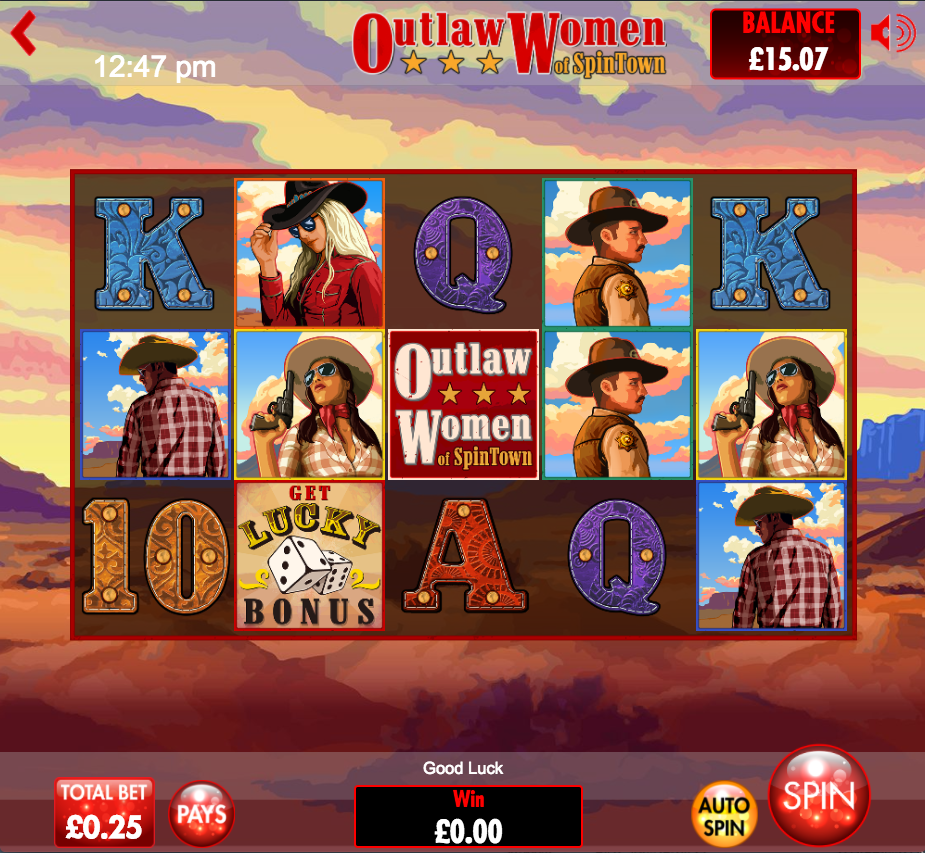 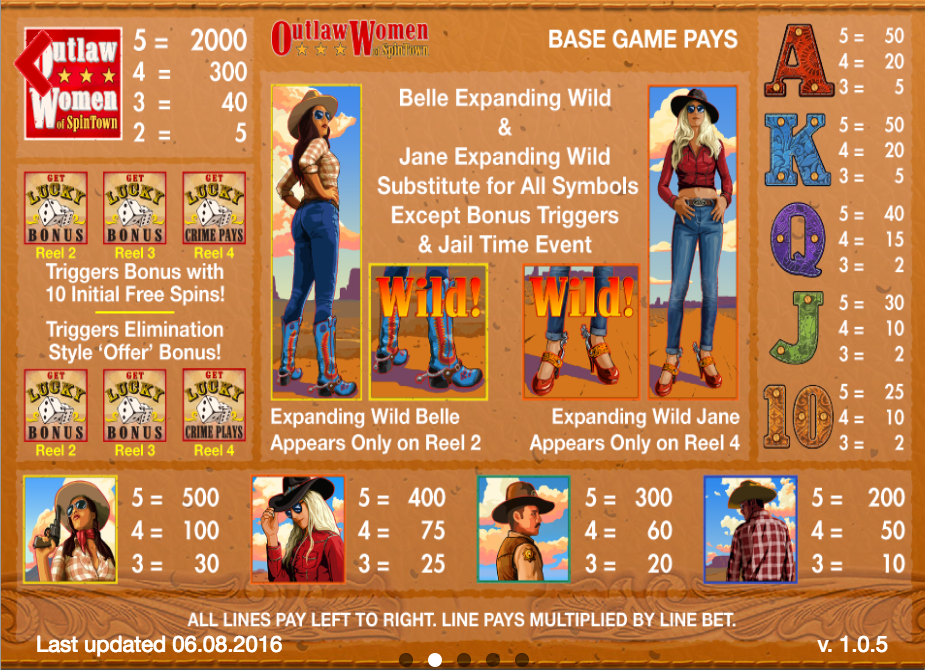 There’s a town in the Old West which is clearly a dangerous place to be right now because it’s the home of the Outlaw Women of SpinTown, a bunch of ladies who exist on the wrong side of the law but who try to create some wins for you at the same time – find out what this CashBet game is all about below.

Outlaw Women of SpinTown is a five reel slot with three rows and twenty five fixed paylines; the backdrop to the neat reels is a sunset view of rock stacks in the desert – a place where there’s nowhere to hide.

There are four high value symbols here and they include the two girls – Belle and Jane, the sheriff, the game’s logo and another male character; 10, J, Q, K and A represent the lower values.

There are two wild symbols which are views of Belle and Jane’s feet and they only appear on reels two and four respectively; each will expand to fill it’s respective reel when it lands and of course they will substitute for all others to create winning matches except for the bonus symbol.

This is triggered by landing three of the Get Lucky bonus symbols anywhere on reels two, three and four and you will start the round with ten free spins which can be retriggered an unlimited number of times with three more bonus symbols.

This occurs randomly in the base game and you will receive five free spins with the bars of a jail added to one position on two of reels one, three or five; each position will remain in place for five spins but more can be added extending the number of spins. If Belle of Jane land in the ‘jails’ you’ll receive a scatter payout of up to 10x the total bet.

This is triggered by landing two of the bonus symbols anywhere on reels two and three and the Crime Plays symbol on reel four; initially you must pick four of the 12 wanted posters after which you’ll receive a reward offer based on what’s remaining. If you reject it you will then pick three more outlaws, then two and finally one for the final offer.

Outlaw Women of SpinTown is an action-packed slot with plenty going on and the continual promise of big wins just around the corner; the features are interesting and regularly triggered and this game comes with an RTP of 95.99%.