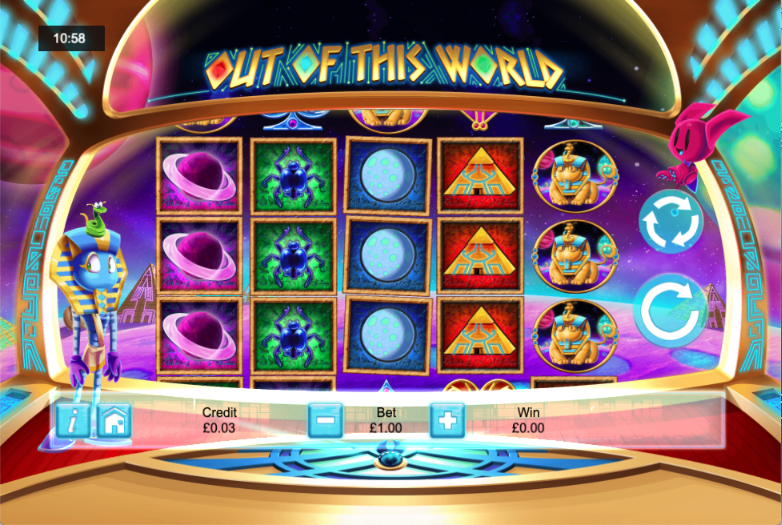 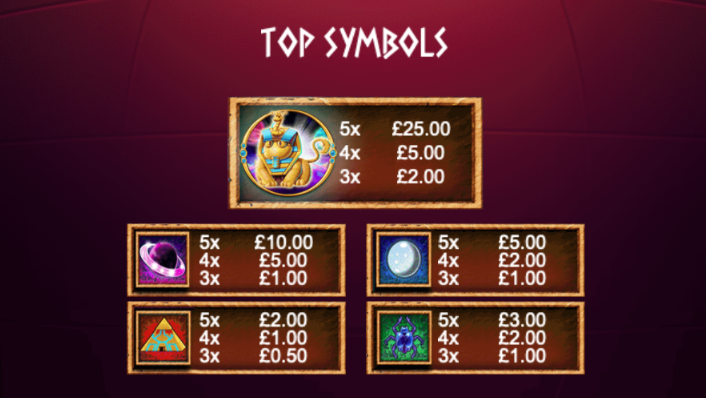 Conspiracy theorists have long found an implausible connection between alien civilisations and Ancient Egypt and this online slot machine from Leander Games will do their cause no harm; it’s called Out Of This World and it offers players three different bonus features.

Out Of This World is a five reel slot with three rows and twenty fixed paylines; sci-fi sound effects fill the air as we look out beyond those reels at some alien planet where purple pyramids dot the surface. Wins can be formed anywhere on the reels as long as there are at least three matching symbols on adjacent reels.

The higher value symbols include the sphinx, the purple planet, the moon, the pyramid and the blue beetle; playing card symbols represent the lower values.

There’s no wild symbol in Out Of This World but there is a Portal bonus symbol which appears on reel three.

This is triggered whenever the Portal bonus symbol appears on reel three and one of the following three features will be awarded:

There’s a cartoon charm to Out Of This World which complements the gameplay and the bonus features nicely; the theme is an odd mix of genres but who cares about that when there are three tasty bonuses to be won.