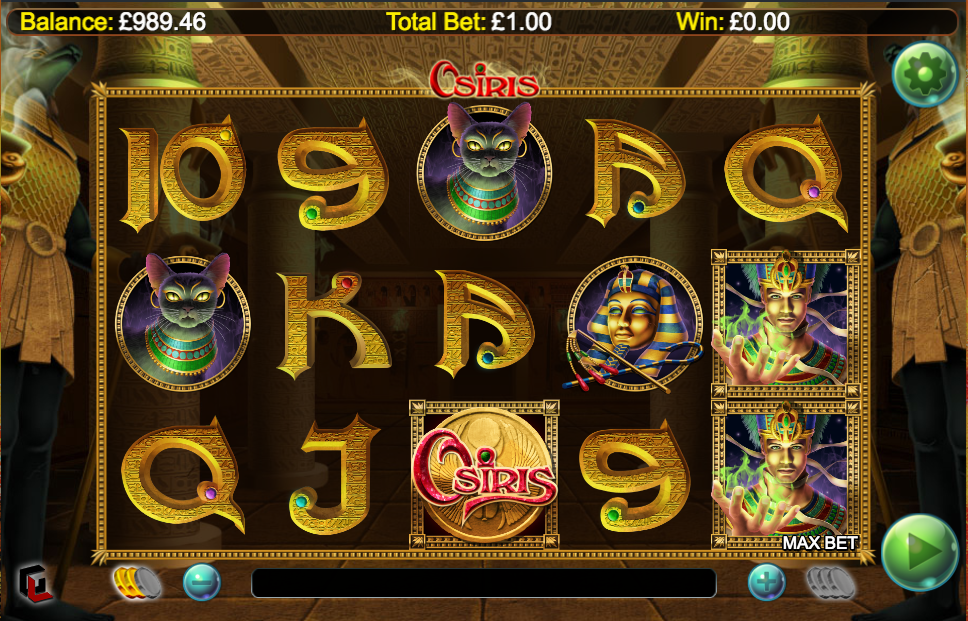 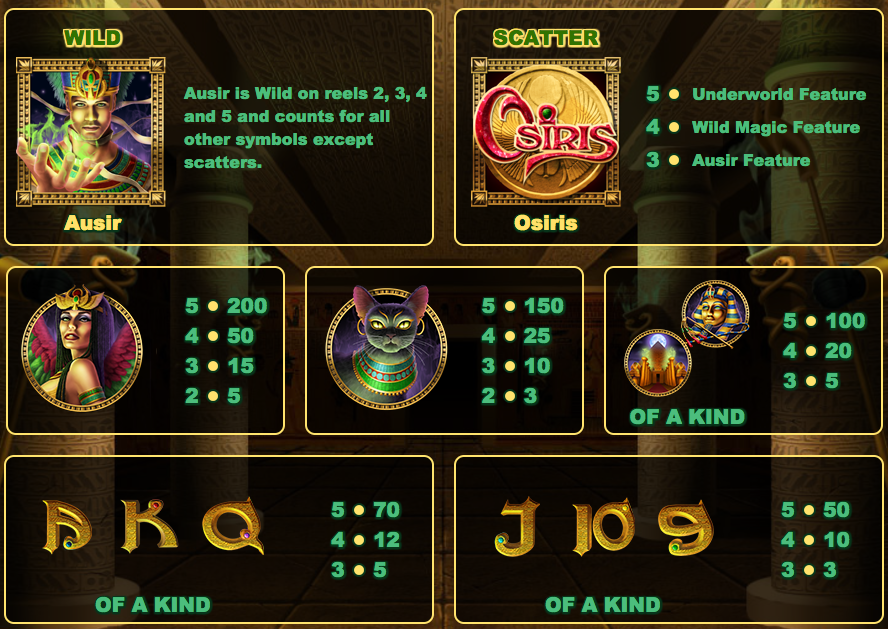 A virtual trip to Egypt is a welcome and familiar one for fans of online slot machines and so we look forward to checking out this deity-themed release from Games Lab; it’s called Osiris and as we all know he was the god of the underworld and the dead among other things.

Osiris is a five reel slot with three rows and fifty fixed paylines; an ornate gold frame borders the reel set through which we can just about make out the interior of a tomb inscribed with hieroglyphs.

There are four theme-related symbols and these are a female deity, a Sphinx head, a representation of a revered cat and a the entrance to a pyramid under a full moon; 9, 10, J, Q, K and A make up the lower values.

The wild symbol is of course Osiris himself (except the alternative name of Ausir is used here), he appears on reels two, three, four and five and he will substitute for all others to form winning combos except for the gold/red Osiris scatter.

This is triggered with three scatter symbols and awards nine free spins with a 3x multiplier for any wins which include at least one wild symbol.

Trigger this with four scatter symbols and receive nine free spins with a wild symbol frozen into the centre of reel five; another wild will freeze into a random position before each subsequent spin.

This is triggered with five scatter symbols and nine free spins are awarded with a 3x multiplier for any wins which include a multiplier; additionally the wild feature from the Wild Magic round is active here.

In each feature more spins can be triggered by landing the required number of scatter symbols.

Osiris is certainly one of the better Egyptian-themed slots with it’s high quality graphics, high RTP of 97.10% and variety of bonus features – highly recommended.