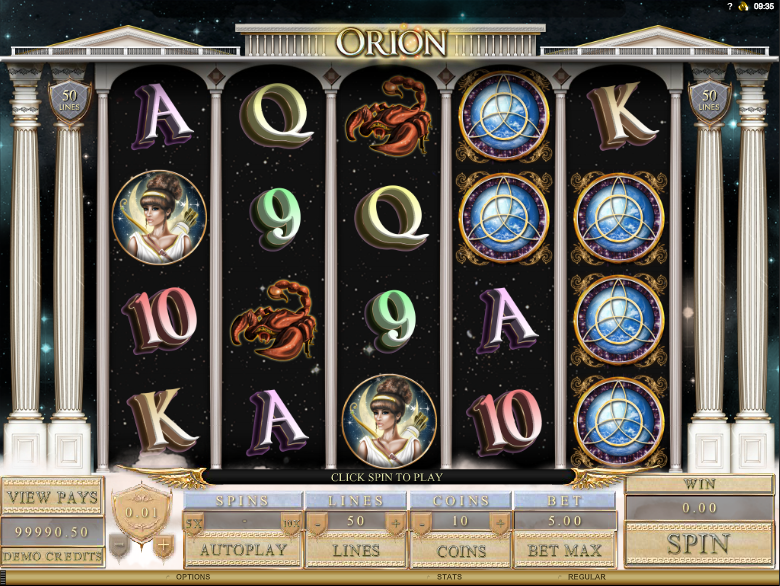 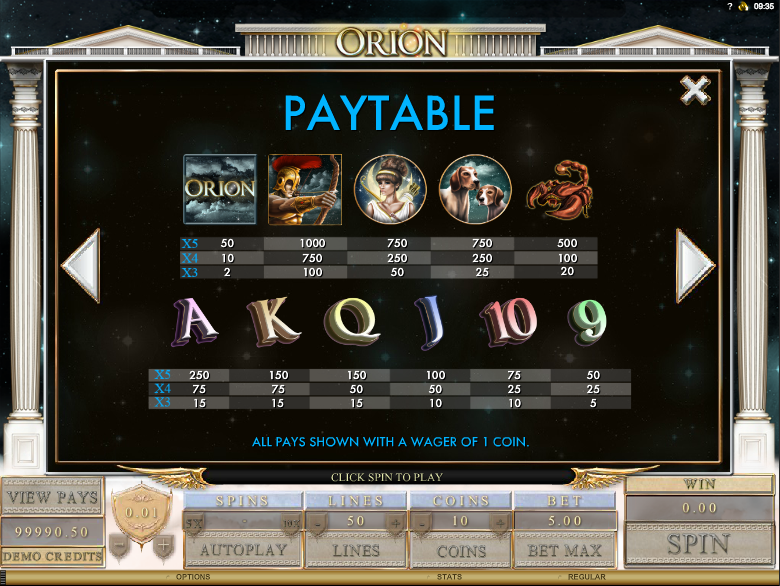 Greek mythology provides plenty of material for online slots developers with various gods taking their places on the reels at one time of another. Orion is a release from Genesis Gaming which gives the legendary hunter his very own game but the theme is also fused with astronomical detail which adds an extra layer of interest.

Orion is a five reel slot with four rows and up to fifty paylines; the reels spin within the columns of an ornate temple but in the background various stars and constellations are visible to demonstrate where the ancient Greeks found the inspiration for their gods.

There are five high value symbols – Orion himself, his wife Side, his two hunting dogs and the symbol of Scorpio (connected with the stories of Orion). 9, 10, J, Q, K and A make up the lower values.

The Orion logo is the scatter symbol which activates the feature and the gold-rimmed view of the blue planet is the wild. The wild is stacked in the base game which means it can be two high or even complete an entire reel, offering more winning opportunities.

This is the game’s sole feature and it’s triggered by landing three or more of the Orion logo scatter symbols anywhere in view. As you can see from the video above you will now be awarded eight free spins with the Sliding Wilds feature. Essentially this is a fancy way of saying that if a wild appears on the reels then that whole reel will become wild, displaying some nice animations in the process.

Landing three or more scatter symbols during the free spins round will award eight more spins.

Orion is a really good-looking slot with some background sound effects to match; the gameplay is smooth and it seems easy to trigger the free spins so this is a game to recommend. The RTP is a reasonable 95.21%.