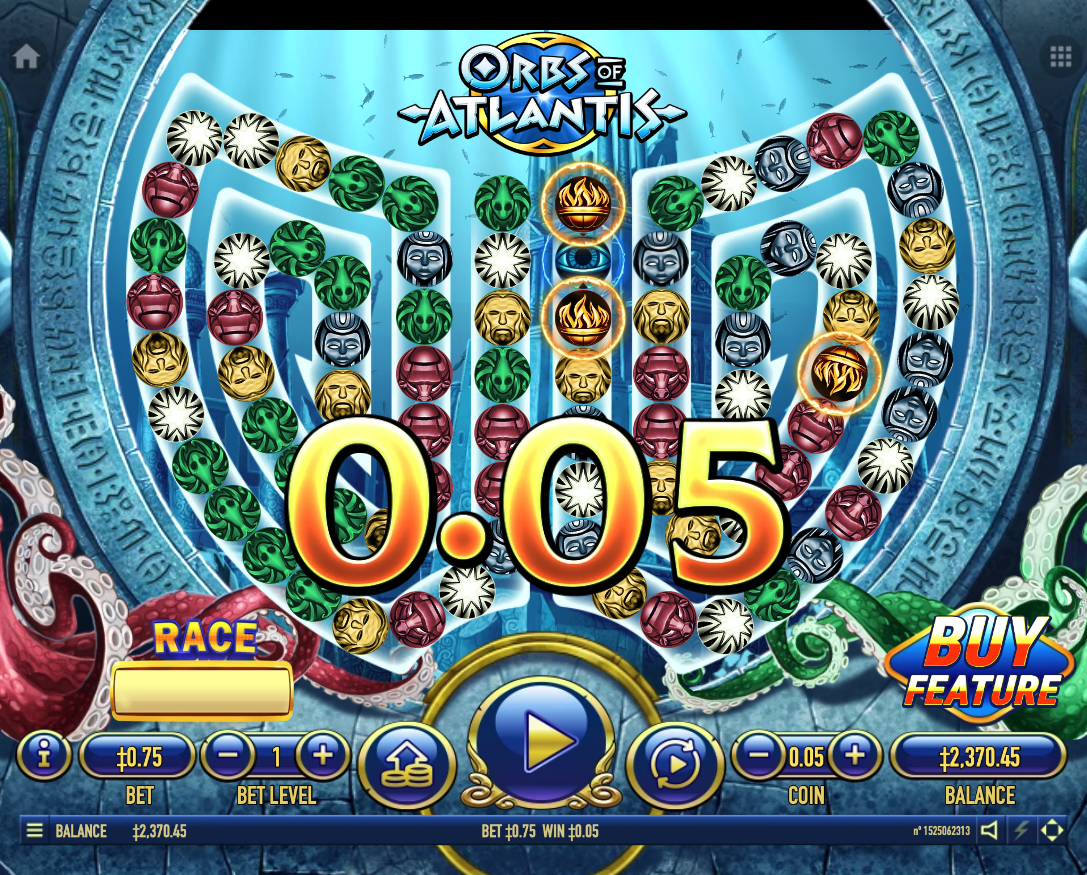 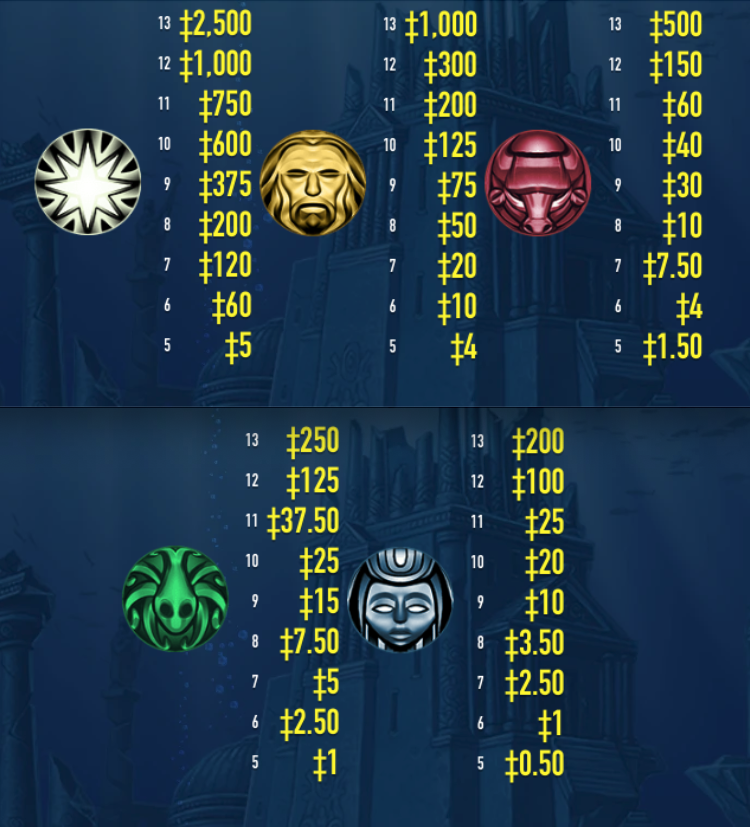 The lost city of Atlantis never really existed of course but that hasn’t stopped numerous software developers designing online slot machines themed on this legendary underwater location; this one’s called Orbs Of Atlantis, it’s from Habanero Systems and it incorporates a clever gameplay mechanic along with win multipliers, cascading symbols and free spins.

Orbs Of Atlantis plays out on the circular area you can see above surrounded by strange, carved lettering; orbs drop in via the two central ‘pipes’ and fill up the area within those tubes. A win is created with at least five matching symbols (or wilds) next to each other.

There are just five regular symbols in this game and they include the black and white orb and four vaguely humanoid masks in grey, green, red and gold; the flaming orb is wild and the eye orb is the scatter symbol.

Every symbol in a winning combination will be removed while the remaining orbs drop down to fill the gaps and more orbs fall in from above; the multiplier for any wins increases like this – 1x, 2x, 3x and then 5x. Two orbs also become wilds with each cascade.

Landing at least three of the eye scatter symbols anywhere in view will award the following number of free spins:

Cascade win multipliers increase like this during the free spins – 1x, 3x, 5x, 9x and finally 15x; four extra wilds are added per cascade during this round. There are four pipes in use (rather than the two longer ones in the base game) with the capacity for 21 orbs on the outer pipes and 16 on the inner ones.

We always claim to like something a little different and Orbs Of Atlantis is certainly that – it’s pretty high variance and you won’t win very often but there are some big wins available when you do. The prizes are especially easy when the the multipliers and wilds get involved during the free spins.

Orbs Of Atlantisis a Greek God-themed video slot from Habanero Systems and an arcade-style gameplay mechanic.

The Return To Player percentage for Orbs Of Atlantis is 96.58%.

How To Win On Orbs Of Atlantis?

Land five or more matching symbols or wilds on adjacent positions. Trigger one of the features.

Where can I play Orbs Of Atlantis?