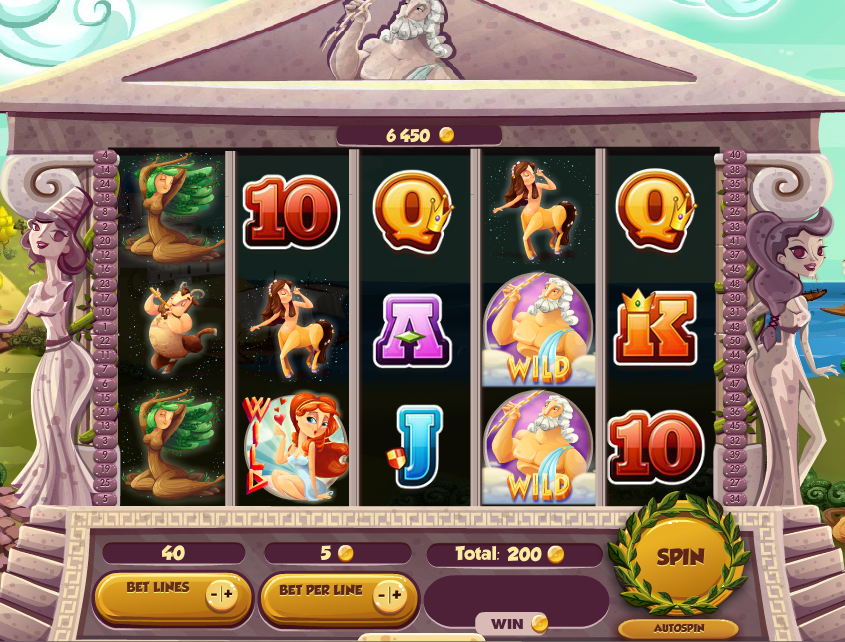 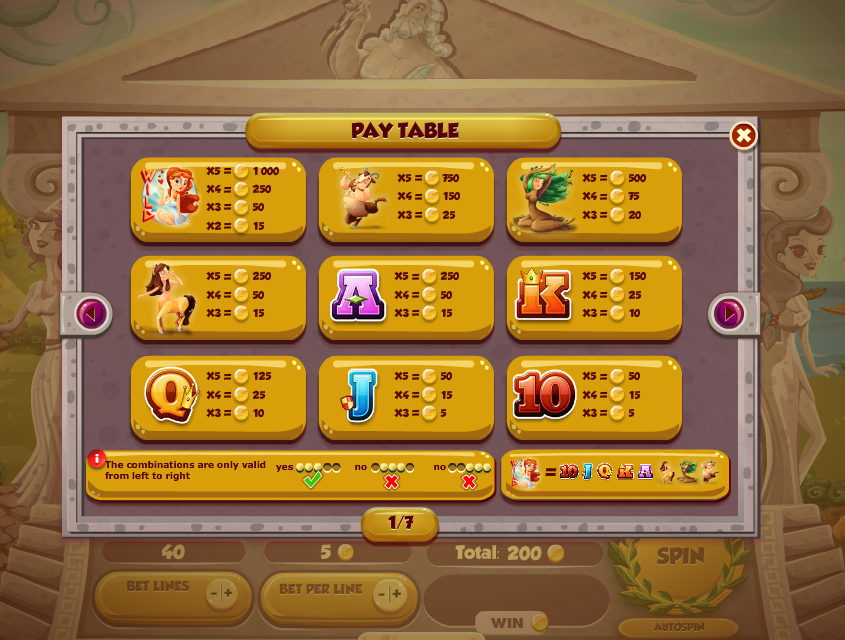 The sunshine of the Greek islands is our destination now but we have to transport ourselves back to a time when the gods were all powerful and watched over their charges with a mixture of benevolence and spite. This online slot is called Olympic Gods, it’s developed by Red Rake Gaming and you can read all about the various bonus features below.

Olympic Gods is a five reel slot with three rows and up to forty paylines; those reels spin on the walls of an ornate temple adorned with various gods. Many Greek god-themed games place us up in the clouds but here we are firmly on land with green hills and a blue sea in the background.

There are three high value symbols including a centaur, Pan (the god of the wild) and possibly Bacchus (god of nature); lower values are the standard 10, J, Q, K and A.

The standard wild symbol is Aphrodite (the god of love) and she will replace all others to form a winning combo except the Medusa bonus symbol and Zeus sticky wild.

This wild symbol appears on all reels but can be stacked on reel four, if it fills all positions there but there’s no win it will freeze in place for as many spins as necessary to achieve a win.

This is triggered by landing three of the Medusa bonus symbols anywhere on reels two, three and four; you will now receive ten free spins and the Aphrodite wild will now act in the same manner as Zeus – freezing in place until there’s a win.

There’s a pleasing cartoonish design to Olympic Gods and it’s an enjoyable addition to the genre; the free spins seem relatively easy to trigger and that’s where the big wins are.