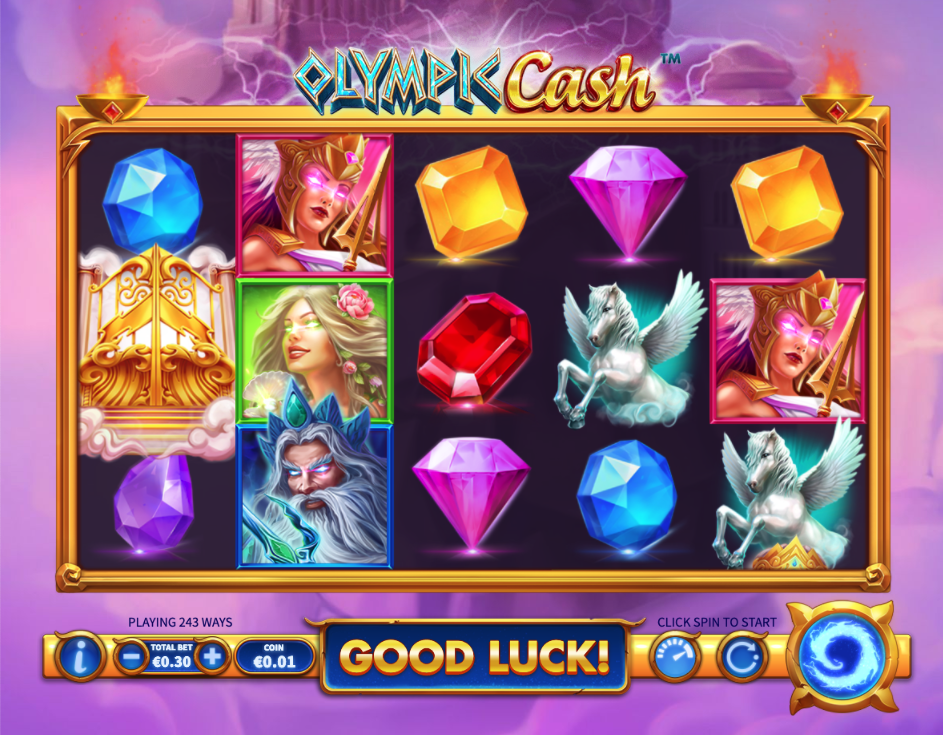 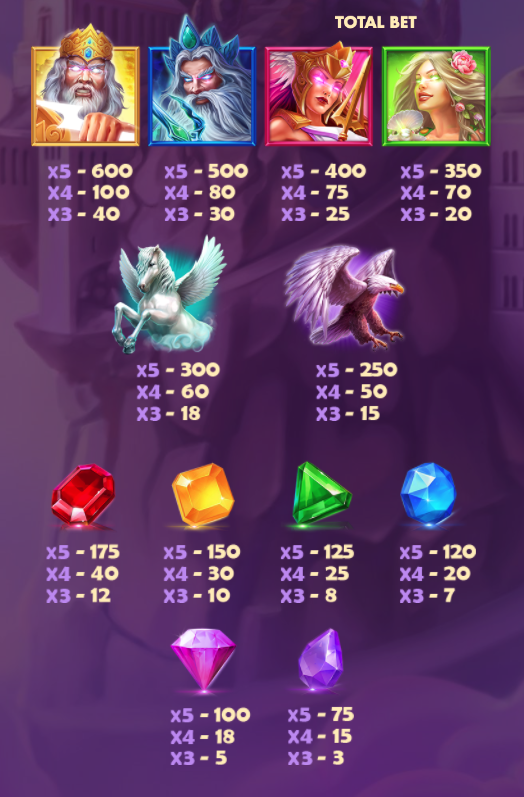 Olympus, the legendary home of the Greek gods, is our destination now as we spin the reels on this online slot from Skywind – it’s called Olympic Cash and it tempys players with wild features and progressively valuable free spins modes which unlock as you play the game.

Olympic Cash is a five reel slot with three rows and two hundred and forty three ways to win; those gold-framed reels float against a backdrop of the seat of the twelve Greek gods, floating high amongst the purple clouds.

The high value symbols include Zeus, Poseidon, Athena, Aphrodite, the pegasus and the eagle; cut gems in red, orange, green, blue, purple and pink represent the lower values. The Olympic Cash logo is wild, it will replace everything except the golden gate scatter and it will also double any wins to which it contributes.

This can occur on any spin and up to five reels will turn completely wild, obviously a good thing if you’re after a win.

Trigger this by landing at least three of the golden gate scatter symbols anywhere in view and you’ll get to choose one of four free spins modes; however more lucrative modes unlock after set numbers of bonus triggers:

Olympic Cash is an enjoyable flight up to the seat of the Greek Gods with each deity given their own free spins mode to bestow upon the reel spinning mortals; it’s colourful, fast-moving and plenty of godly fun. Note that the RTP increases slightly as you unlock and play the various free spins modes so it’s worth sticking with it.