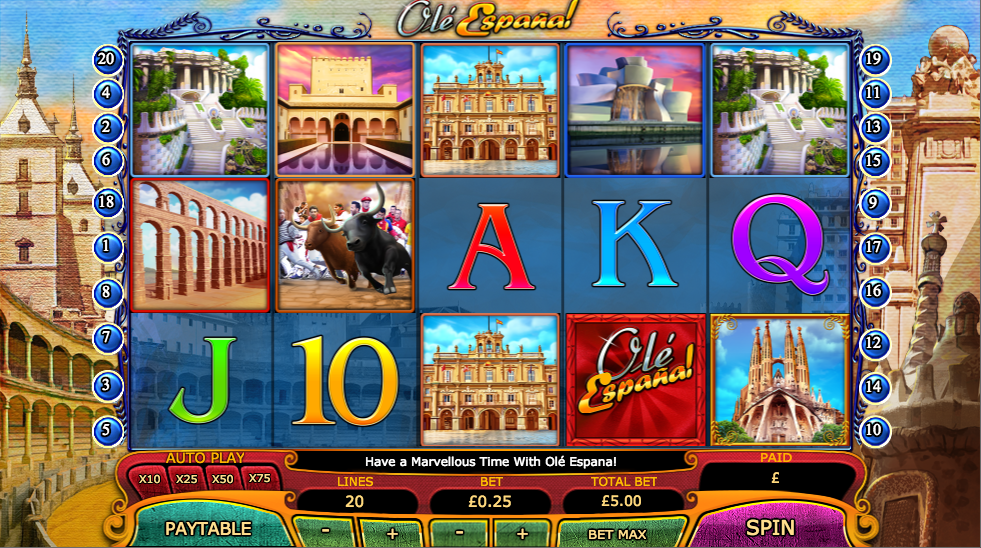 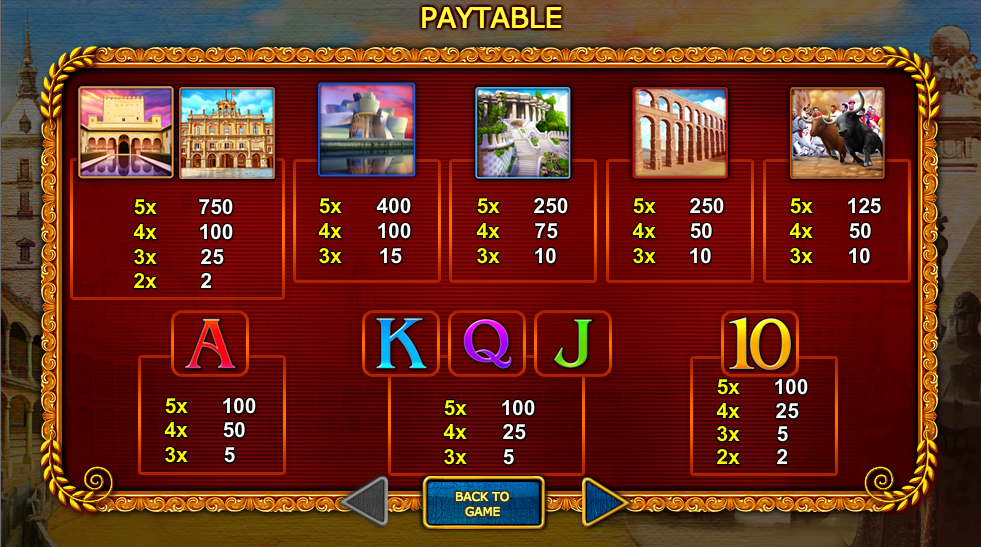 Any online slot which uses the famous Sagrada Familia as part of it’s symbol line up has got to be worth checking out; this building is of course Antoni Gaudi’s huge cathedral structure in Barcelona and it’s the scatter icon in Olé Espana, this Spanish-themed game from Random Logic, 888 Casino’s in house developer.

Olé Espana is a five reel slot with three rows and up to twenty paylines; the backdrop to those reels is some sort of ancient auditorium and the accompanying music is the cheesy but enjoyable sounds of a Spanish guitar.

The high value symbols are a range of famous Spanish landmarks and events including Pamplona’s ‘running of the bulls’, Bilbao’s Guggenheim museum and the famous aqueduct of Segovia. 10, J, Q, K and A make up the lower values.

The wild symbol is the Olé Espana logo, it’s worth a hefty 10000x your line stake for five on an active payline and it will also double the value of any wins to which it contributes. The Sagrada Familia is the scatter symbol which activates the main feature.

This is the only extra feature and it’s triggered by landing three, four or five of the Sagrada Familia scatter symbols anywhere in view. You will now receive a reasonably generous fifteen free spins as well as a combo payout for your symbols.

Any wins you land during this round will be multiplied by three and the extra good news is that more spins can be triggered by landing three+ more scatters. There’s an upper limit of 180 spins for the luckiest players.

The feature is triggered by scatter symbols so even if you play with just one payline active you’ll still have the same chance of triggering the free spins.

Olé Espana is perhaps a little bit basic but it’s cheered up by some traditional Spanish music and a pretty lucrative feature; the RTP is an okay 95.03%.