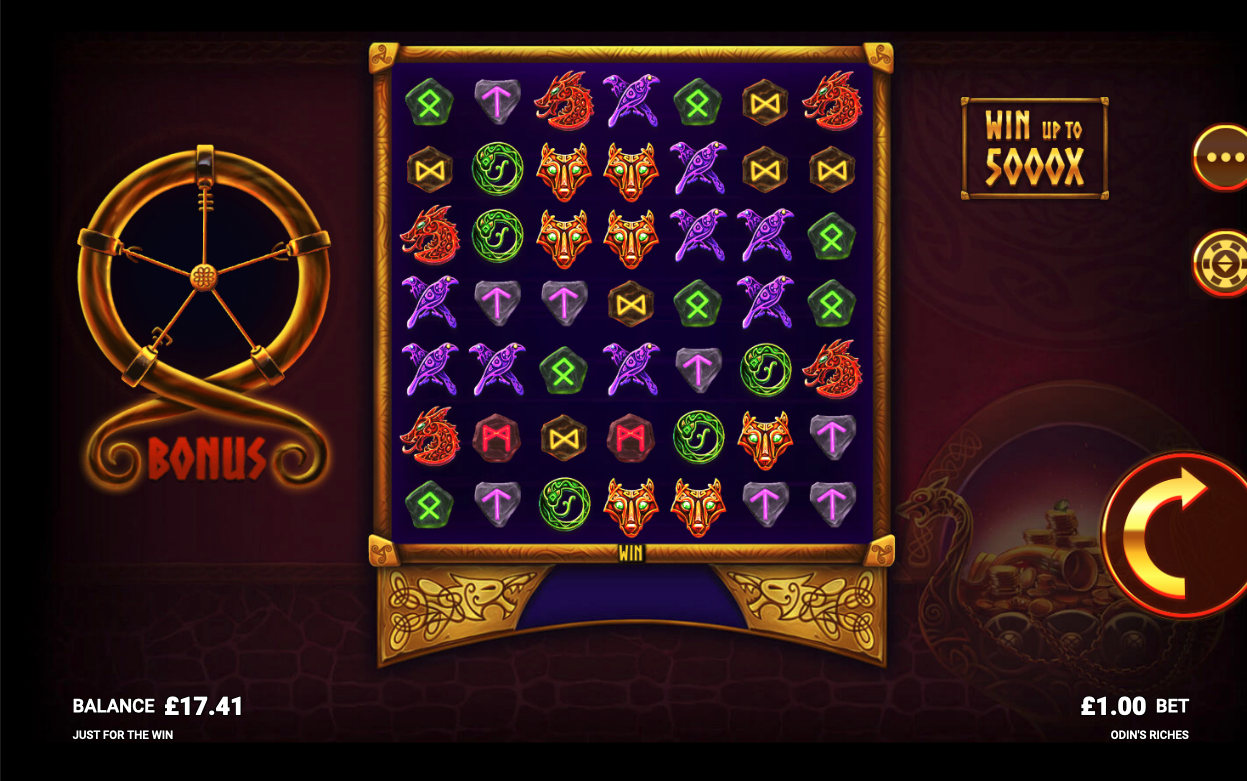 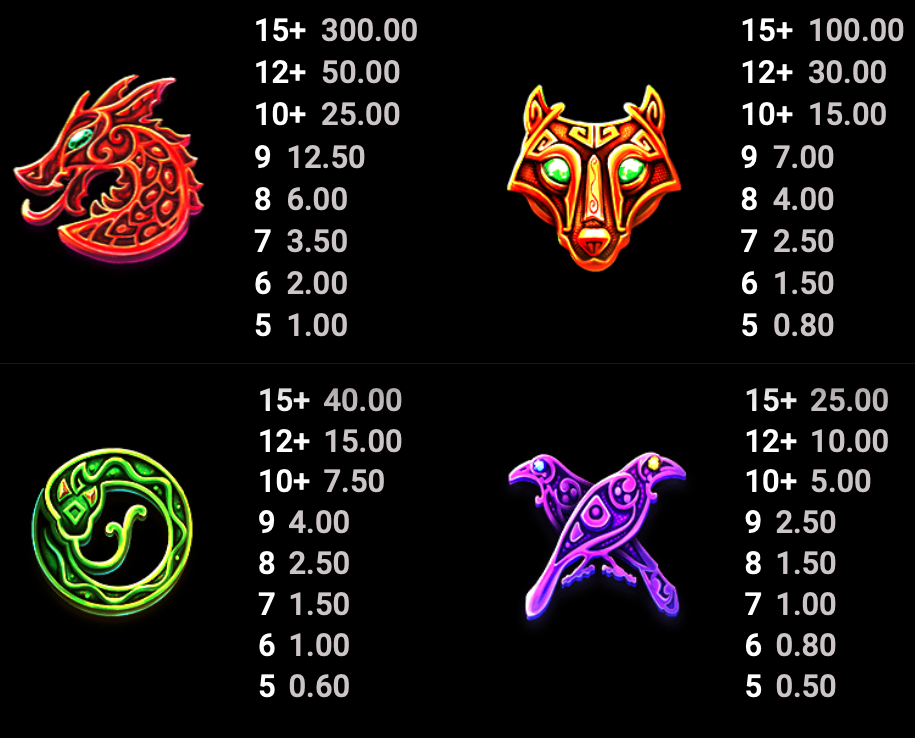 Odin was the Norse god of many things but for those of us introduced to him through Marvel’s superhero movies he’s the King of Asgard and the father of Thor and Loki; he’s also the now the inspiration behind Odin’s Riches, this online slot from Just For The Win which combines a cluster gameplay mechanic with several base game and bonus features.

Odin’s Riches plays out on the 7 x 7 gameplay area you can see above and the task is to create clusters of at least five symbols which match horizontally and/or vertically; those symbols will then disappear (this is the Rolling Reels feature) and be replaced by more falling in from, potentially continuing the process. Each cluster removed creates a wild symbol there.

High value symbols include stylised versions of the wolf, the dragon, the serpent and the birds; the lower values are colourful runes engraved onto rocks.

Odin can award this mini-feature at random and you’ll see up to nine wild symbols added in view to help you out with some cluster formations.

Every symbol in a winning cluster is collected in the Symbol Meter to the left of the reels and if you can grab twenty five in a single spin one segment will be filled and one of the following features awarded – another twenty five symbols collected will fill another segment and so on.

Filling all segments of the meter by collecting 125 symbols will trigger the next stage which awards seven free spins; for each segment filled during the free spins the multiplier for current wins is increased by 1x.

When all the free spins and other features have finished the Symbol Meter empties and normal gameplay resumes.

Cluster-based games always add some variety to the gameplay and although there’s nothing hugely innovative here it’s good fun with some action packed features waiting once those segments start to fill up. The only downside is a below-average RTP of 94.11%.

Odin’s Riches is a Norse god-themed arcade slot from Just For The Win with a 7 x 7 cluster gameplay mechanic.

The Return To Player percentage for Odin’s Riches is 94.11%.

How To Win On Odin’s Riches?

Create clusters of at least five matching symbols connected horizontally and/or vertically. Trigger one of the features.

Where can I play Odin’s Riches?