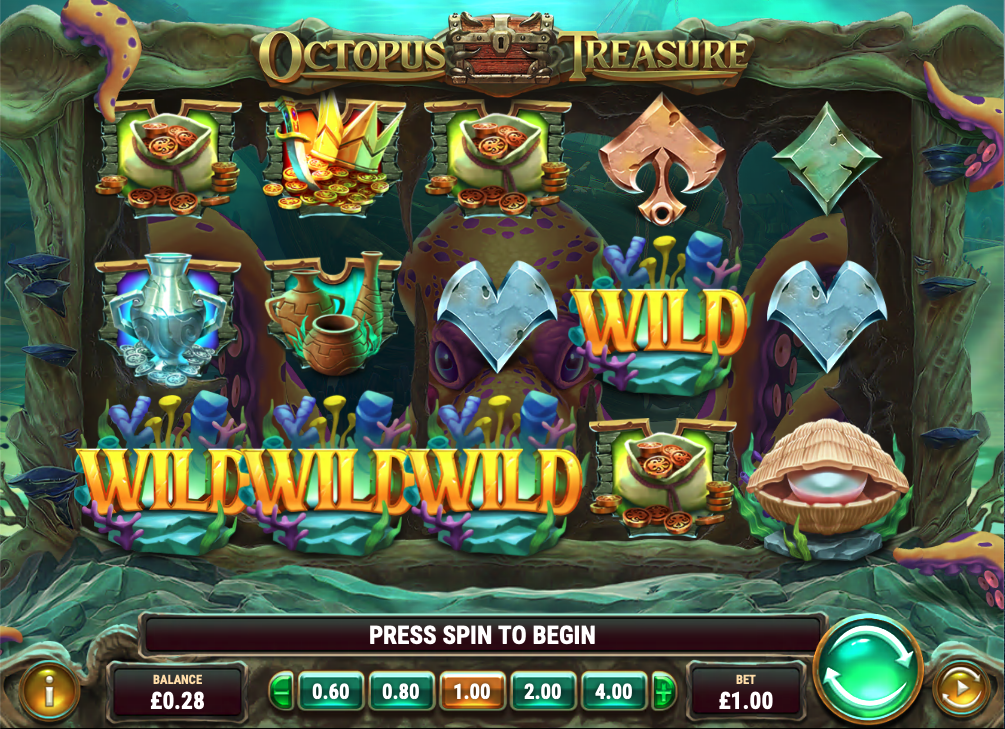 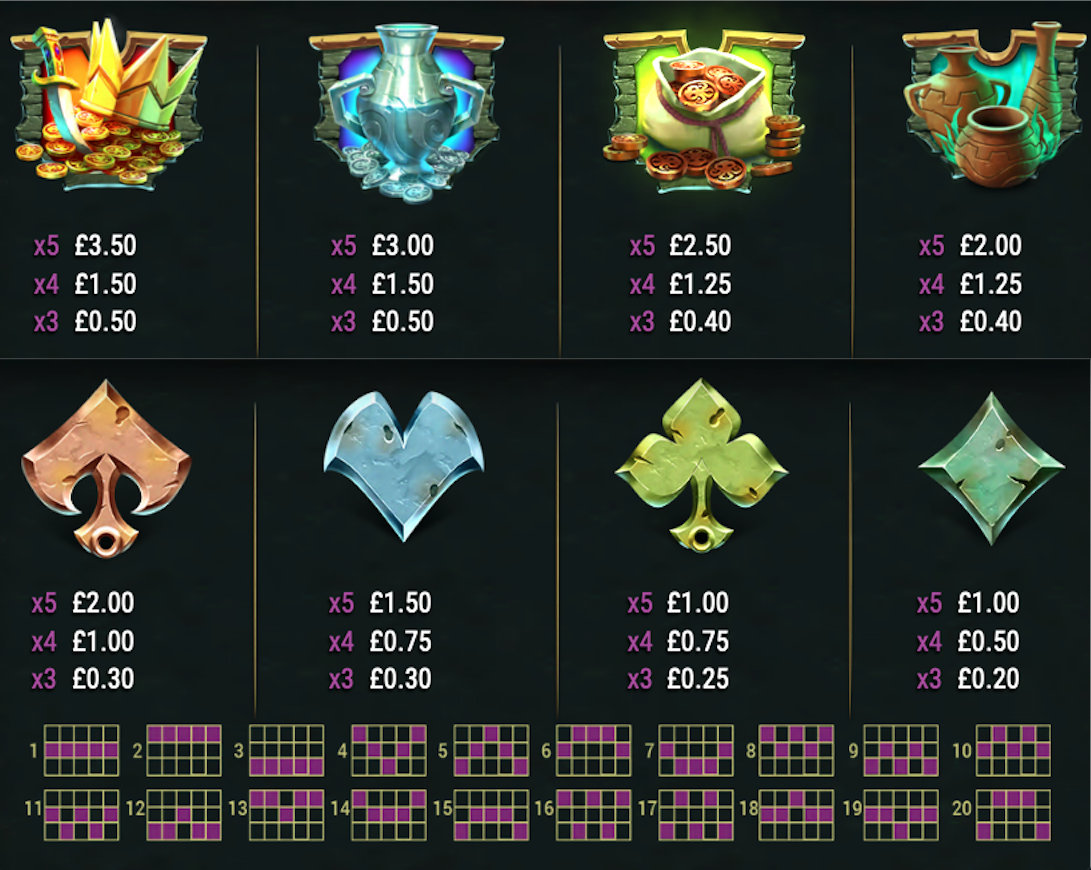 There’s a surprising amount of treasure sitting unclaimed on the ocean bed and sometimes it’s under the guard of a scary creature; Octopus Treasure is an online slot from Play N Go which investigates this theme while at the same time offering players an enhanced free spins round and win multipliers.

Octopus Treasure is a five reel slot with three rows and twenty fixed paylines; those reels spin on what look like the ancient timbers of some long-sunken ship with octopus tentacles swaying in the corners.

The four high value symbols include the crown and coins, the silver vase, the pouch of coins and the clay pots; attractive, metallic playing card symbols represent the lower values. The big, gold ‘Wild’ is wild and its will replace everything except for the oyster scatter to help make winning matches.

Every time a key lands on reel three it will trigger this feature and offer you a treasure chest to open – inside is one of four mini-features:

Landing three of the oyster scatter symbols anywhere on reels one, three and five will kick this feature off; you’ll get three free spins on a set of reels which contains only keys and blanks – just collect as many keys as possible during this first phase.

Each key collected will now award one Treasure Spin in which one of the Treasure Chest features listed above will trigger on each go; keys can also land during this round and will award one more spin each time they do.

A win multiplier of 2x, 3x, 5x or 10x can be applied to any wins gained from a bonus feature.

There’s some new and interesting stuff on show in Octopus Treasure and a free spins round with two parts always feels like value for money; the graphics are great and the only downside is a lowish RTP of 94.26%.