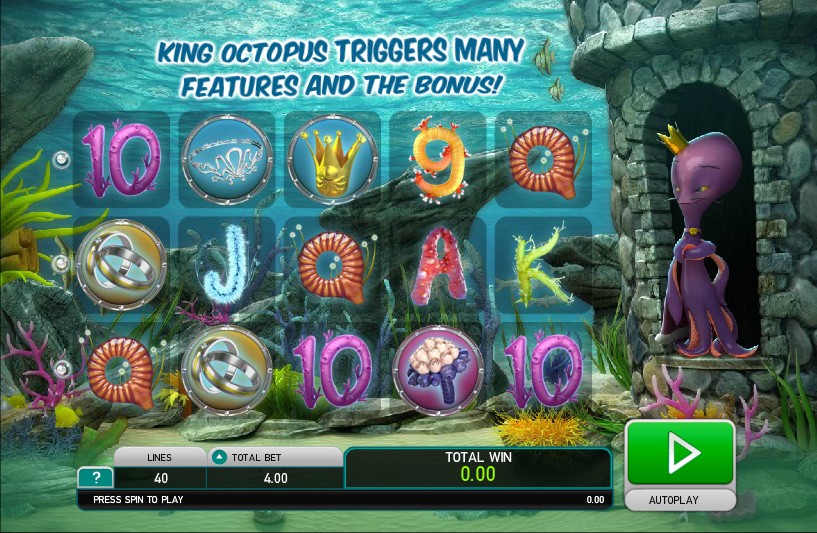 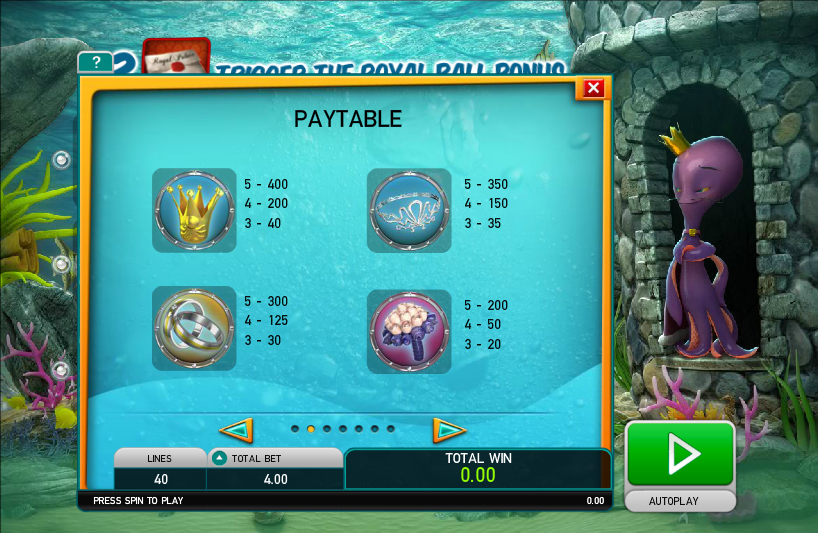 The seabed is a familiar destination for online slots fans and it’s time once more to head beneath the waves to check out this good-looking online slot from Leander Games. It’s called Octopus Kingdom and the narrative revolves around the pampered king and the bonus features he distributes to players at random intervals.

Octopus Kingdom is a five reel slot with three rows and forty fixed paylines; of course it all takes place underwater but on the right of the reels we can see the octopus king himself standing in the archway of an undersea turret, a crown on his head at a jaunty angle.

The four high value symbols are nautical adornments including a crown, a tiara, a pair of rings and a brooch; lower values are 9, 10, J, Q, K and A fashioned out of underwater plants.

The wild symbol is a lady octopus and she’ll substitute for everything except the bonus icon – that’s the Royal Ball invitation.

This occurs randomly on any base game spin and you will see the octopus king create four air bubbles which float onto the reels. You must pick one to reveal one of the following bonus rewards:

Octopus Kingdom is an enjoyable slot and a high quality gaming experience; perhaps we were lucky but we found it easy to trigger the bonus features which kept us constantly in profit. Well worth checking out and an RTP of 94.91%.