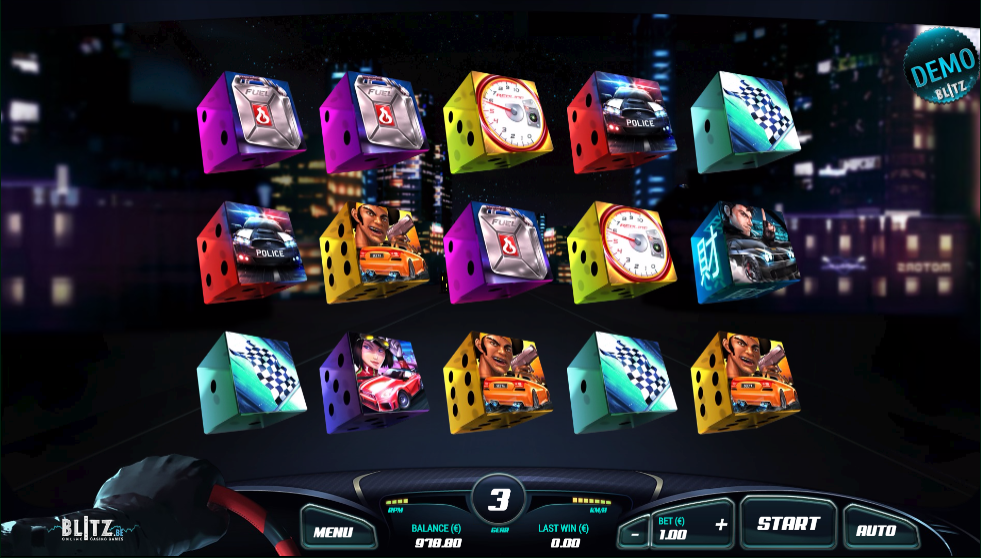 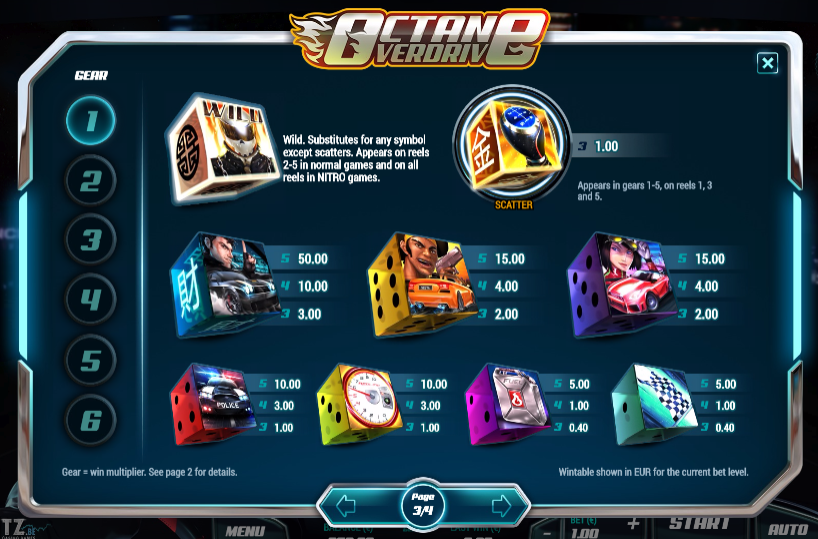 If an endless drive through the streets of a neon city seems like the sort of thing you would enjoy then you could do worse than turn the ignition on this fast-moving online slot from Air Dice; it’s called Octane Overdrive and you can find out how it works right here.

Octane Overdrive is a five reel slot with three rows and just five fixed paylines; the most noticeable thing initially is the constant high speed travel which be a little nausea-inducing (or maybe that’s just us). Press ‘Spin’ and the dice-shaped symbols will appear on the reels from the distance as if they are crashing into your windscreen.

There are seven standard dice symbols and each contains one face with a theme-related picture including three street racing characters from this story, a police car, a speedometer, a fuel can and a chequered flag.

The wild symbol is a rider/driver wearing a helmet and he’ll substitute for all others to create winning matches except for the gearstick scatter icon.

This is a constantly running feature within the base game and each winning combo will increase the multiplier for the next win by 1x – you can see which gear/multiplier is active below the reels.

There are six possible gears (and so a potential 6x multiplier) to aim for but two non-winning spins will drop you down one gear. Gameplay is a constant movement up and down the multiplier levels.

If you make it to sixth gear and land three, four or five of the nitro symbols (which only appear in this gear) you’ll receive 10, 25 or 50 free spins respectively; all these spins are played in sixth gear and so any wins will be multiplied by 6x.

Octane Overdrive is certainly different to anything we’ve played before and we’re still not sure about the fast-moving backdrop but the gameplay is inventive and always offers the promise of big wins. It’s definitely worth checking out.