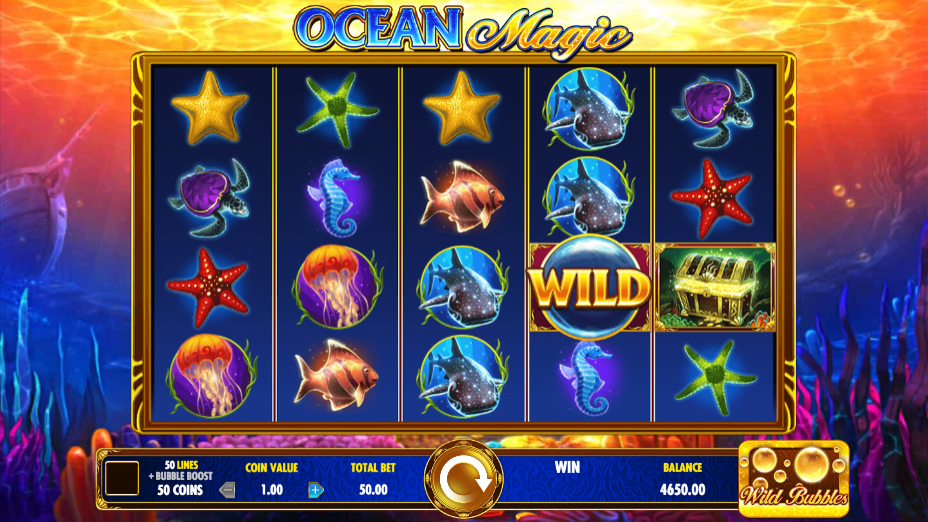 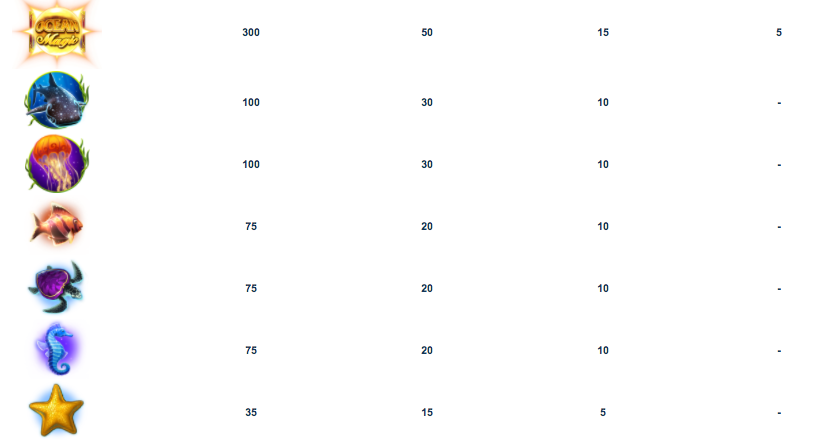 As online slots fans we all know that plenty of reel spinning action takes place beneath the ocean waves but we’re always happy to take another dive down there; this time it’s in the company of IGT and their Ocean Magic game with it’s interesting Wild Bubbles feature.

Ocean Magic is a five reel slot with four rows and fifty fixed payline; the backdrop to the golden reels is multicoloured with swaying plants emerging from the sea bed and the bright sun rippling the surface of the water.

All the symbols are related to the theme and include the game’s logo, the shark, the jellyfish, the striped fish, the turtle, the seahorse and three coloured starfish.

The wild is a blue bubble which will replace all others in winning combinations except for the treasure chest bonus icon.

Wild symbols are added to the reels in the form of floating golden bubbles which settle on a reel position and then turn into the blue bubble. If it lands on an Ocean Magic symbol, all surrounding symbols will also be turned wild.

This is an optional extra which will double your bet but which will also add up to seven extra wilds to the reels; activate it using the big gold button in the bottom right hand corner.

This is triggered by landing three, four or five of the treasure chest bonus symbols anywhere in view for which you will receive five, ten or twenty picks on the next screen respectively.

Each pick will reveal between one to five free spins or up to three extra picks and when this is all finished the spins will begin. There’s no extra features during this round but more picks can be won be landing three or more chests again.

Ocean Magic doesn’t offer a great deal extra to the existing shoals of undersea-themed slots but it’s fine when taken on it’s own; it has some interesting features including the option of the extra bet and an RTP ranging from 92.18% – 96.07%.