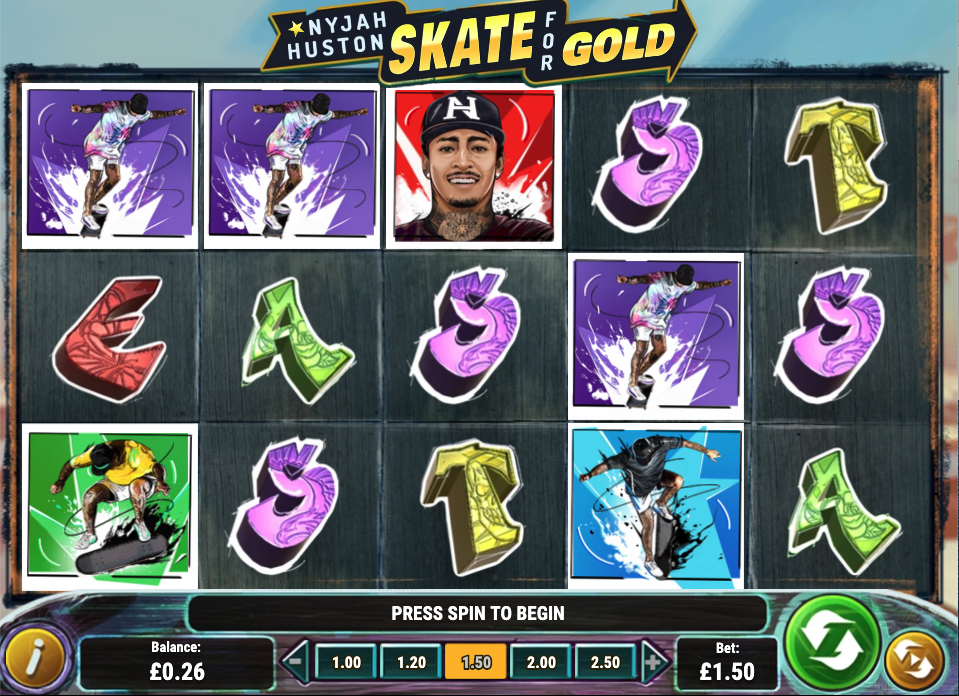 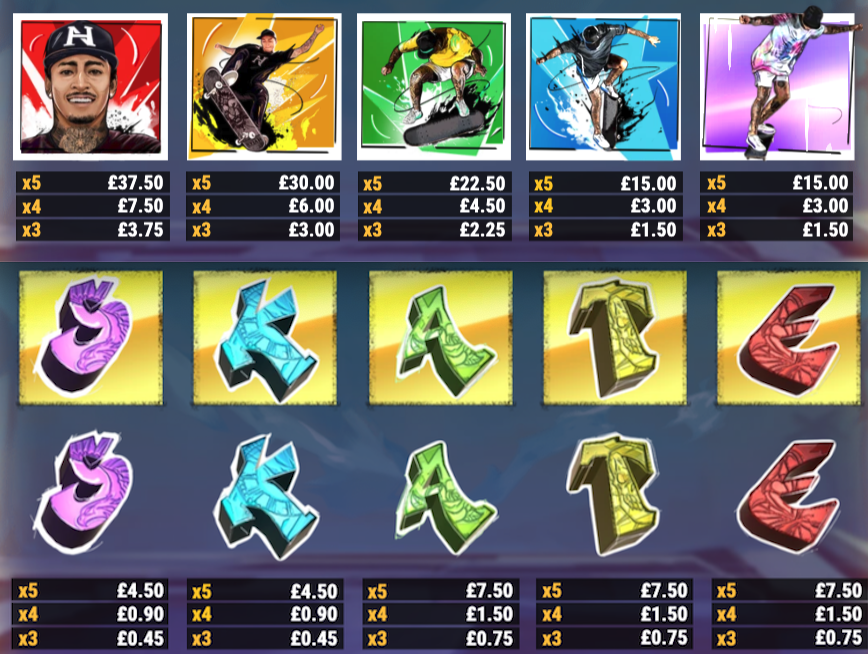 The world of skateboarding doesn’t often collide with the world of online slots but here they are brought together with a tribute to Nyjah Huston, one of the most influential skaters of the last decade; the game is developed by Play N Go, it’s called Nyjah Huston – Skate For Gold and it comes with free spins and the Wildboard Respin bonus.

Nyjah Huston – Skate For Gold is a five reel slot with three rows and ten fixed paylines; there’s a suitable guitar soundtrack to the action which takes place against a backdrop of a Californian skate park complete with palm trees and setting sun.

The five high value symbols include Nyjah and then four of him performing various tricks which we won’t pretend to be able to name; the graffiti letters ‘S’, ‘K’, ‘A’, ‘T’ and ‘E’ represent the lower values. The big, gold ‘W’ is wild and it will replace all standard symbols to help form winning matches.

Every so often one of the tricks displayed on the lower value symbols will appear above the reels – if you can land a matching symbol on the reels then the Wildboard Respin will be triggered. Two regular wilds and one expanded wild will now be added to the spinning reels as Nyjah skates across them – if you’re lucky the expanded wild may also transform into a Wildboard with a win multiplier of up to 10x attached.

To trigger this you’ll need to land the letters ‘S’, ‘K’, ‘A’, ‘T’ and ‘E’ on reels one to five respectively for which you’ll receive an initial twelve free spins; on each spin there’s a combo of three skateboard tricks shown above the reels and if you can match these symbols in the right order anywhere in view you’ll trigger the Wildboard Respin feature and earn two extra spins in to the bargain.

Nyjah Huston – Skate For Gold is a slot with plenty going for it – it’s based on a real life superstar and it comes with two clever features; the biggest wins are in the Free Spins though so good luck with triggering that particular bonus.