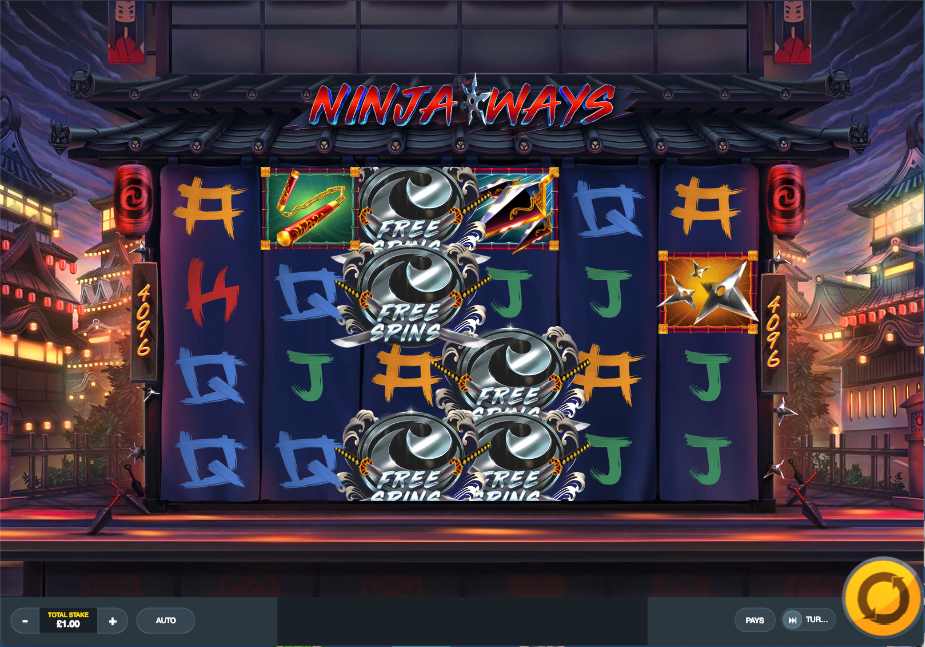 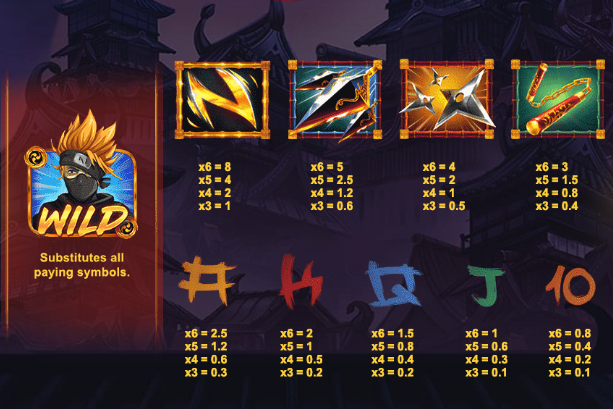 The ancient and noble art of the ninja is the theme of this online slot from Red Tiger Gaming – it’s called Ninja Ways and our hero will leap across the screen to award multiple mini-features as well as plenty of free spins.

Ninja Ways is a six reel slot with four rows and 4096 ways to win which means that there’s no payline structure – matching at least three symbols in adjacent reels starting from the left is a winner. The reels spin on the sides of a traditional Japanese structure behind which is a street view from times past.

The four high value symbols are an array of weaponry such as nunchucks and throwing stars while 10, J, Q, K and A make up the lower values.

Our manga-inspired ninja is wild and he will replace all others to help form winning icons except for the crossed swords free spins icon.

The following mini-features can all be triggered randomly:

Ninja Ways is a slot with a manga-esque design but also a nod to traditional Japanese culture, not to mention lots of base game features and a free spins round to boot – try it out, you might just like it!